Edd China’s Workshop Diaries: Edd Is Working On A Super Clean 1966 Mustang That Got To England Through California 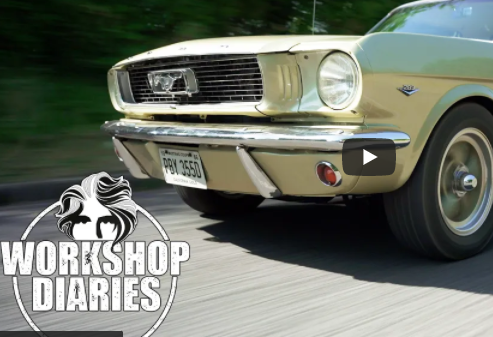 We’re used to Edd working on some weird or interesting stuff, but to see him working on a 1966 Mustang, that came from California, but that now lives in England near him, is a little strange. This is a super clean and mostly original car that you expect to see in the United States, but not over in jolly old England with Edd driving it on the wrong side of the road. This car has some charging system issues so Edd is going to give it the once over. It’s a pretty well optioned car that looks to be very stock and original and cool outside of some Torq Thrust wheels and a set of tires. With AC, wood steering wheel, windshield washers, pony interior, optional door handles, and more, this is a really nice car for someone to own, take care of, and still enjoy driving.

Unfortunately the electrical system is having some charging issues that are causing weird things to happen with the lighting, and could potentially cause all kinds of issues by either over or undercharging the battery and possibly burning up other wiring and components. We’ve had something similar happen on a Camaro where the regulator was going out, and finding the issue can sometimes be really frustrating. Check out what Edd does to figure out the problem, solve it, and go for a ride.

Will A Dual Plane Intake Work With Boost? How About A Blowthru Carb Setup? $3500 Build: Bags, Body Fitment, And Turbos. Wait...Turbos? Oh Yeah