Engineering Marvel, And Example Of Just How Awesome Physics Really Is: The Falkirk Wheel, A Marvel In Boat Moving 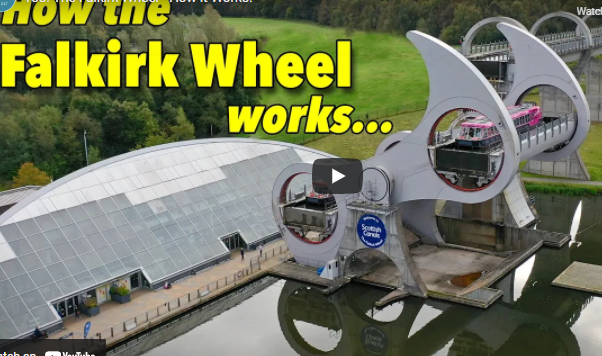 Locks are an amazingly simple and yet impressive method for moving boats up and down when a river’s path experiences elevation changes that are too severe for boats to travel, or where connecting two bodies of water at different elevations requires them. They work by changing the water level in a chamber holding the boat and therefore float it to the level needed. But what if you need to raise or lower a boat a very long way in a very short distance. That was exactly the problem in Scotland where the Falkirk Wheel was developed and installed, and it is one hell of a piece of engineering kit.

Using physics to its advantage, along with some pretty stout engineering, they have created a system that lowers and raises boats using very little power. It can raise one while lowering another and vice versa, or just raise or lower one on its own. Again, it’s just physics and the key to this working so well is the fact that the engineers aren’t fighting physics, but rather taking advantage of it.

Best Of 2021: Tuff Truck Carnage At A Whole Other Level. SEND IT!!! Dakar 2022: Stage 5 And 6 Highlights From The Most Demanding Rally On Earth!

2 thoughts on “Engineering Marvel, And Example Of Just How Awesome Physics Really Is: The Falkirk Wheel, A Marvel In Boat Moving”