Stroker 351 Cleveland Or Clevor? Which Engine Is The Best? 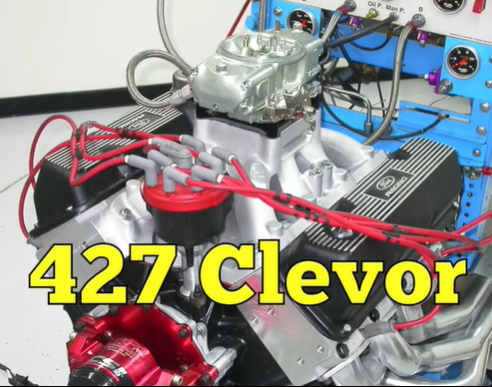 If you aren’t familiar with the term Clevor, then let me explain. Ford made three different 351 cubic inch engines, and each was based on a different engine platform, sorta. The 351 Windsor, the most common 351 produced, was the largest of the Windsor engines which were available from 221 to 351 cubic inches. The 302 cubic inch small block, as found in jillions of Mustangs from the 1960’s through early 2000’s, was the older but little brother to the 351 Windsor. The second 351, and arguably the one with the biggest performance reputation, was the 351 Cleveland and it was only built from 1969-1974. The third was the 351M or Modified as it is often called, and that is a tall deck version of the Cleveland basically, but was never intended to be a performance engine.

So now that we know the three 351 engines Ford made, you can imagine that a Clevor is both Windsor and Cleveland together. And it is pretty darn cool. The reason? Because Cleveland engines have awesome cylinder heads. That is the magic in those engines, and why they were known for big power and high rpm capabilities. When you take a Cleveland head and put it on a Windsor engine it is a pretty magical combo. Ford even did this on the Boss 302 engines way back in the day.

In this video from Richard Holdener he’s using CHI aluminum Cleveland heads on both a stroked Cleveland and a stroked Windsor combo. CHI is well known for building awesome Cleveland heads and that’s because they are from Australia where Cleveland engines were manufactured into the 1980s, unlike here in the States where we lost them in the mid 1970s.

2 thoughts on “Stroker 351 Cleveland Or Clevor? Which Engine Is The Best?”