Wild Mechanical History Video: The Best Footage We Have Ever Seen Of The 1960s GE Walking Truck – Neat! 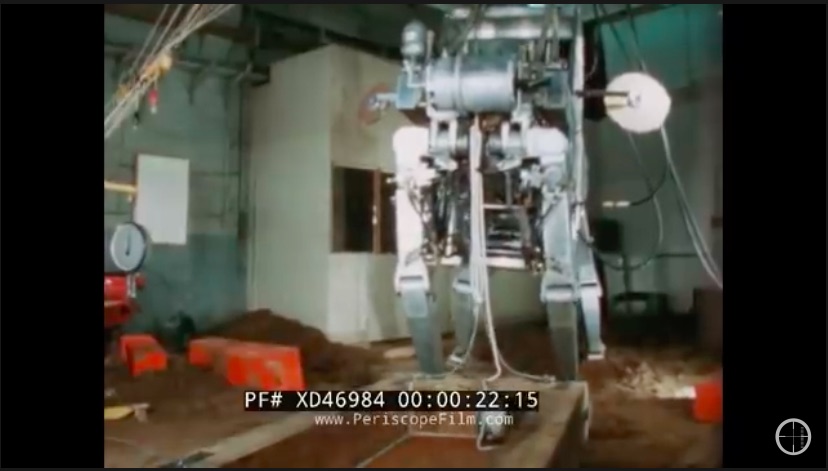 It is huge, slow, seemingly unstable, and ultimately it was a failure…so why are we so obsessed with this footage of the GE Walking Truck experiment from the 1960s. Developed over the span of five years at GE in what can only be described as skunkworks fashion, this thing was about as advanced a machine as you could find on the planet by the time it was done. A human operator sat inside it (as you will see) and operated the legs by way of controls that rivaled anything that NASA was doing.

In this video you will see the Walking Truck lumbering around with a guy in it. There are also other people in the scene. The dude controlling the huge tether of wires we believe is a crane operator who is making sure that the Walking Truck does not become the laying turtle. All those wires seem to be remote controls for the crane so that he can move it and keep the Truck operator from being hemmed up by it.

We can kind of look at this monster now and laugh but, jeez. Imagine if this technology had been worked on for 50 years. We’d have all kinds of wild mechanized war machines running at full gallop across the battlefield. On second thought, maybe it’s good nothing came of this.

One thought on “Wild Mechanical History Video: The Best Footage We Have Ever Seen Of The 1960s GE Walking Truck – Neat!”