The Family Ferrari: This 1987 Lancia Thema 8.32 Is A Sports Sedan With Ferrari V8 Power! 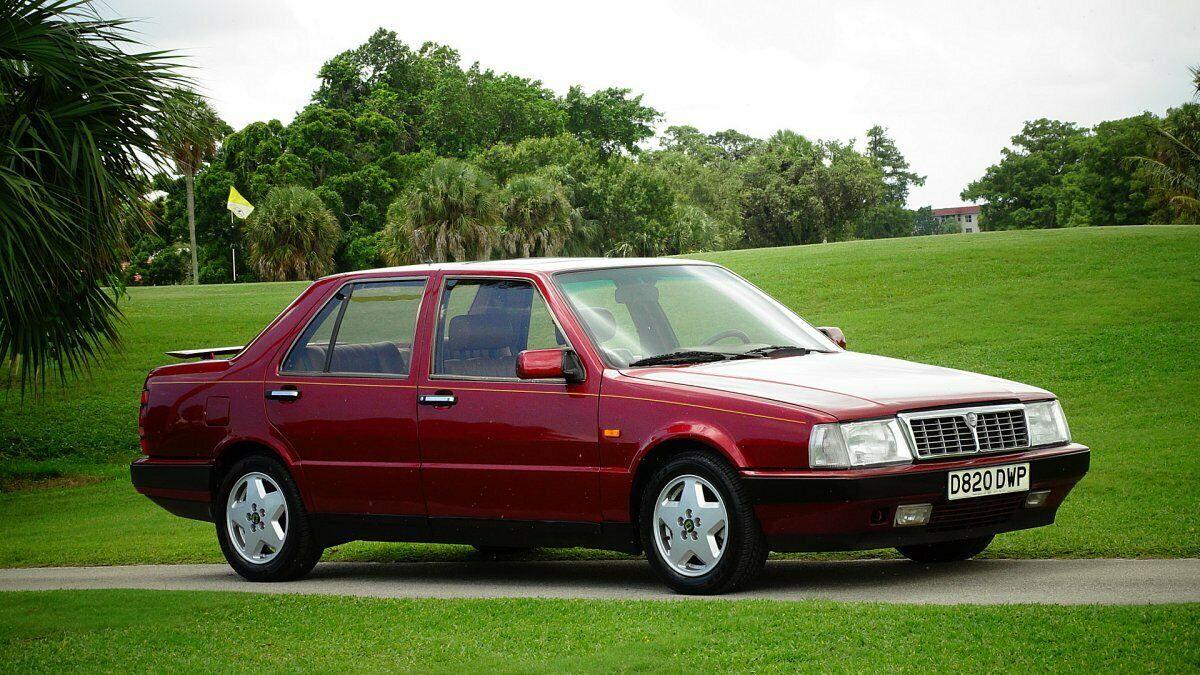 Picture this: it’s 1987, you’re a person of means, you’re car shopping, and you have a serious hankerin’ for something Italian. While your heart says Ferrari 308 GTS, the reality of having to cart around the wife and kids to the local country club says that’s not happening. You have a few options, including the Maserati Quattroporte and the Alfa Romeo Milano sedans, but neither is lighting your heart on fire like Thomas Magnum’s 308 you see blasting around the Hawaiian Islands on TV. Then, you hear that there might be a way to have your cake and eat it too! Enter the Lancia Thema 8.32. 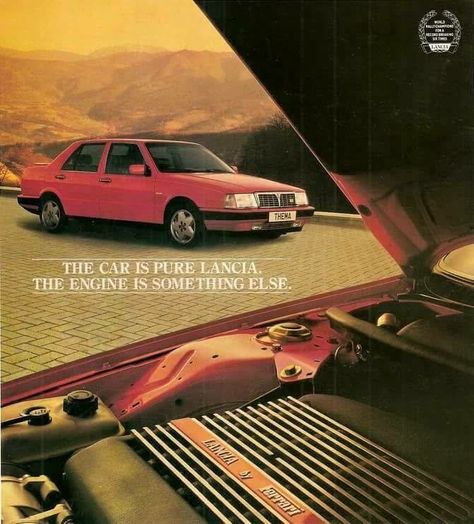 This is a Lancia Thema 8.32. In it’s normal form, it’s a fairly pedestrian family sedan that rides on the front-drive Type Four platform which is shared with the Fiat Croma, Alfa Romeo 164, and the Saab 9000. Each marque brought their own drivetrain options to the chassis, but Lancia decided to get extra weird with the 8.32 and plop a Ferrari V8 under the hood, and we thank them for that. 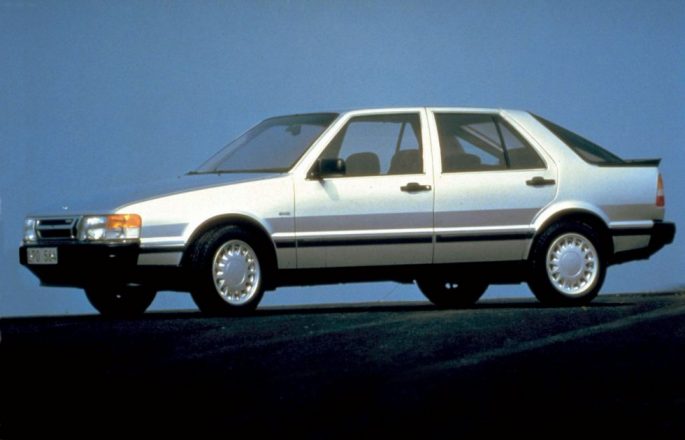 If you squint real hard at the Thema, and you are in the US, you’ll likely see a shape you are a little more familiar with. The Saab 9000 was the most common Type Four car available here, but the Swedes never slapped a V8 under the hood. The good news is that one will fit under there, as we’ve learned from the existence of the 8.32! Go build one in your backyard.

The Thema 8.32 was never officially imported to the United States, but the period’s “gray market” rules probably allowed a few of these rare sedans to sneak in. Today, importing one shouldn’t be an issue granted you can find one and you have the funds. This example made its way here recently, after sitting in storage for years. The seller of this 8.32 went through it, got it running, and is offering it up for sale on Ebay. Let’s have a closer look! 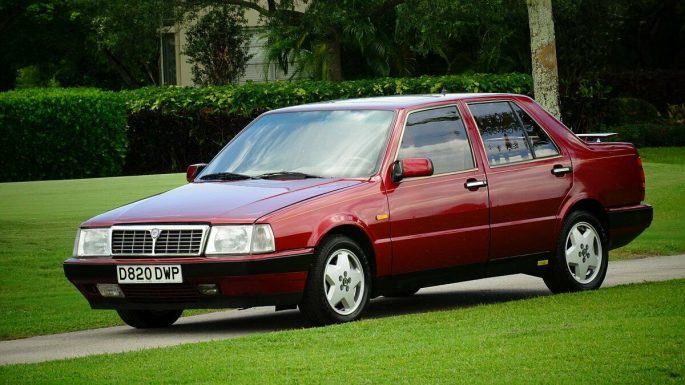 Looks-wise, these probably won’t light anyone’s heart on fire today, but back then, this was a seriously sharp European sports sedan. It had all the trimmings: flush-mounted composite headlights, fog lamps, five spoke alloys, body-colored bumpers, and more. 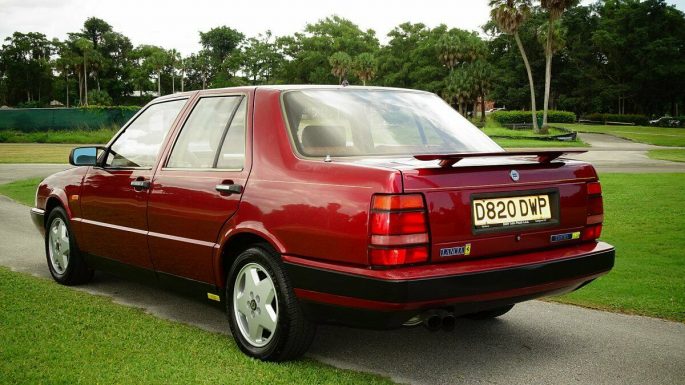 One of the tell-tale signs of a Thema 8.32 was the decklid pedestal spoiler. back in the 80’s, no proper sports sedan would be caught dead without one.This one has an extra trick: it is retractable, and hides in the decklid! 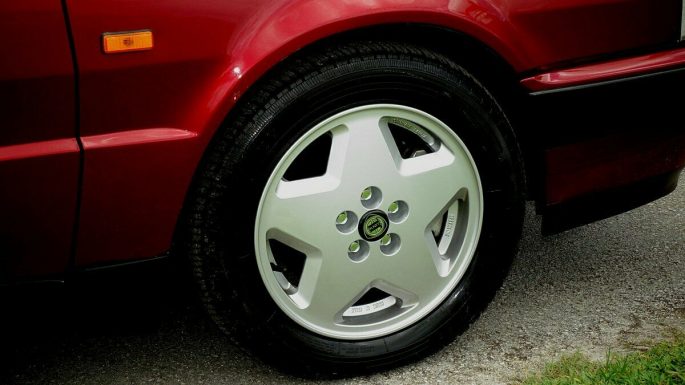 The 5-spoke Speedline alloy wheels vaguely reference the 5-spoke Campagnolo alloys that came on Ferraris from that time period. They are a little on the chunky side by today’s standards, but they work just fine on this car. 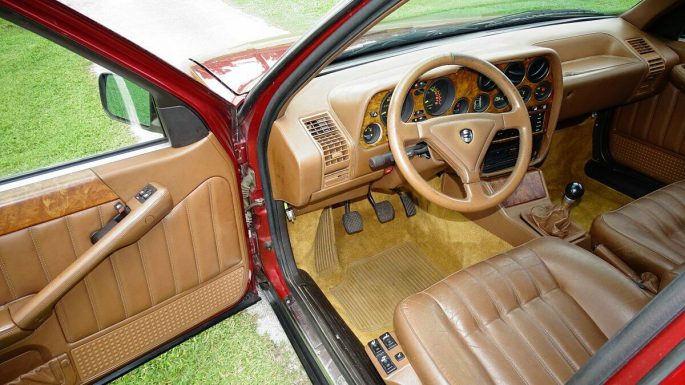 Stepping inside, you are greeted with some tan leather hides, fine burl woods, a three-spoke sport steering wheel, and three pedals, as the car gods intended. This is as proper as a sport sedan got during the 80’s. This is one of the best color combos available on these cars, and it still looks good today. 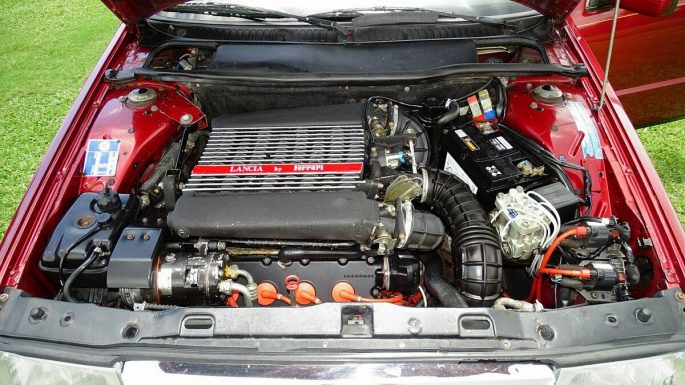 Pop the hood, and you’ll be met with three liters of Quattrovalvole Ferrari V8 jammed under there, and it somehow fits. This is the same 32-valve V8 found in cars like Thomas Magnum’s famous 308 as well as the less popular Mondial, and it makes right around 215hp. The base four-banger in a Camry today might make similar power, but back then, this was damn good for a family sedan. It’s front wheel drive and extremely nose-heavy, but it’s backed up with a 5-speed manual transaxle, making it capable of ALL of the torque steer imaginable and low-7 second 0-60 times as it scrambles to find traction. This thing has to be an absolute blast to wrangle around. 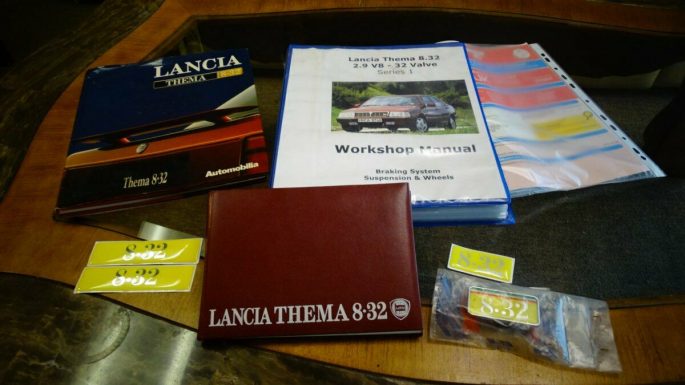 This example comes with all sorts of paperwork, some extra badges, and even a shop manual. I suggest studying up with that manual, as working on these things is not as easy as wrenching on your aunt’s Caprice. 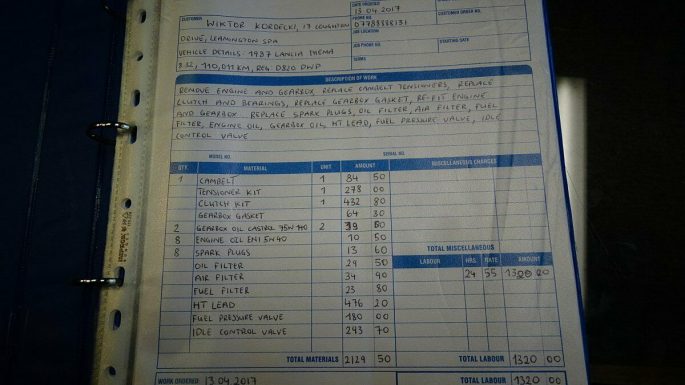 Speaking of work, the seller indicated that they had some services performed prior to putting it up for sale. They had an engine-out service performed to change the clutch and a bunch of other things. I’d imagine that most services require the V8 to be liberated from the chassis for a bit, much like a modern Italian supercar. You’re going to get real friendly with the Italian specialty shop in town when owning one of these.

The cost of admission for this factory freak is not cheap: this example is currently listed on Ebay just shy of $30,000. Over in Europe, these cars range from about $6500 USD for a clapped-out mess, to over $32,000 USD for cleaner ones like this example, so this one is priced accordingly. Plus, you don’t have to go through the hassle of importing one yourself, as this one resides in Florida instead of Italy. Maintaining one isn’t an act in frugality, either.

Is it absurdly expensive by today’s standards for a used 80’s sports sedan? Yes.

Is it a bad value compared to modern V8 sport sedans like the Charger R/T that can be had new for the same price? Yes.

Is it a bat-crap insane rare factory freak from 30 years ago with the heart of a supercar and the soundtrack to match? Also yes.

This Lancia Thema 8.32 is weird, awesome, and insane all at the same time. It’s certainly a product of another time, when auto manufacturers were beginning to emerge from the dark ages of performance and try just about anything to make cars fun to drive again. Stuffing an exotic V8 into an otherwise pedestrian family sedan with a row-your-own 5-speed manual transmission is certainly one way to win back the hearts of enthusiasts, and we absolutely love it for what it is.

And as always, let us know what you think in the comments section below!

Video: No Belts, No Helmets, No Fenders, No Hood, No Windshield, No Stinkin' Rules In Tijuana Drag Racing 1900 Sheets Of Paper And 100 Tons Of Pressure Deliver More Entertainment Than We Expected!