An Amazing Tale: The Story Of The Rotodyne, The Vertical Take Off Airliner That Almost Made It (Video) 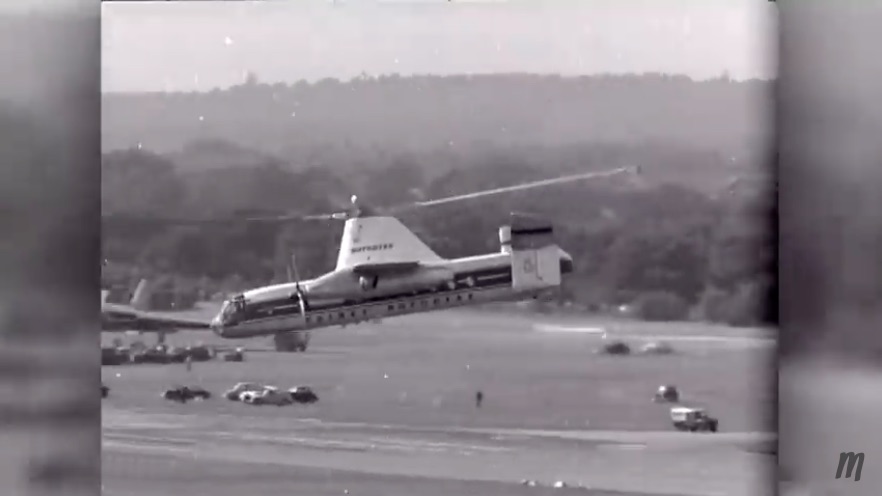 When we think of failed aeronautical innovations we normally put them in the same category known as, “stuff that could not actually fly.” Well this video and this story will stand as proof that we need to have all kinds of perspective when considering the fate of some flying machines. The Rotodyne was a brilliantly designed machine and one that was constructed as a prototype and flown hundreds of times without incident. The idea was to take the greatest elements of a helicopter for vertical take off and combine them with the best attributes of an air liner for city to city travel.

This machine was designed by the Fairey aircraft company of England during a period where the English aviation industry was desperately trying to sort itself out. During WWII a load of manufacturers were needed to supply the war needs of the country but after the war there was a glut of companies building a small number of planes.

While there are some flaws in some of the external stuff surrounding the Rotodyne, it worked as advertised and its fate was not necessarily as much determined on its merits as it was on the weakness of the industry that was trying to produce it. Hell, as you will see people flooded pre-orders in when the aircraft was shown publicly and demonstrated.

The only lingering question we have after watching this video is why no one has taken this concept and modernized it. Advancements in the few things that held this machine back would certainly alleviate a few of the concerns people had, right?

This is neat. A little sidebar of flying technology that has been lost to the ever shifting sands of time.

This is an amazing video, the story of the Rotodyne, the plane that almost made it –