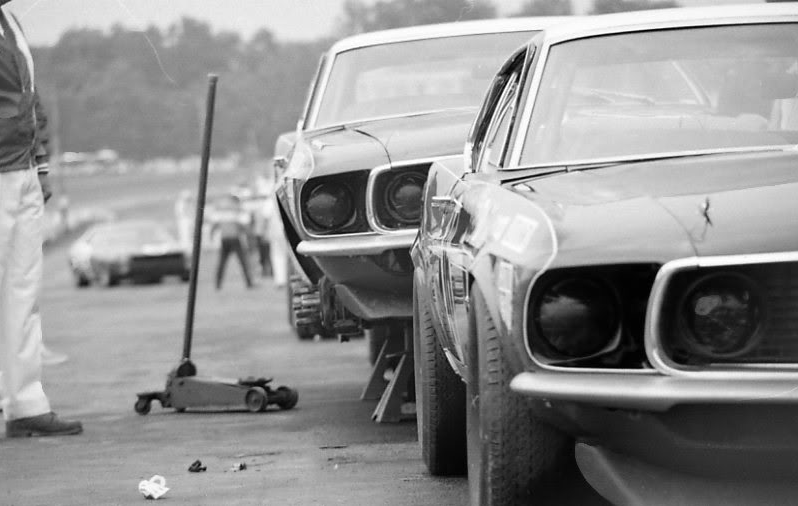 One of the most romanticized periods in American racing is the late 1960s. Drag Racing was huge, stock car racing featured the wild winged warriors on America’s super speedways and on the road courses, Trans Am racers were banging fenders, gears, and, well we were going to say rev-limiters but they were not present at the time. You get the point. It was a gasoline powered Camelot and it can be argued that this era of Trans-Am cars is ultimately what gave us the pro touring movement of today. Their look and performance sparked interest in kids around America in turning corners in a pounding V8 car.

We were tipped off to the incredible treasury of Ron Lathrop’s Trans Am photos by BangShift member Mikes343Sharpstick. Once we hit the first link we were mezmerized for hours piling through all the photos. Lathrop was seemingly everywhere during this time period and he captured not only the great racing action shots but awesome candids in the pits with Mark Donohue, Parnelli Jones, and the other stars of the series in their natural habitat.

The true bonus is that the photos aren’t just from Trans Am races. He also covered stock car racing events and large road races where these type cars competed. We should also mention that virtually all of them are captioned, giving the location, dates, and background on each shot. It is truly and awesome thing to have at your finger tips, especially if you are a history freak like we are!

Hit the links below to head back in time!

Here's Some Words That Shouldn't Be In The Same Sentence: Flat-Footed Downshifts! Morning Symphony: Binaural Audio Of Historic Screamers At Circuit Paul Ricard