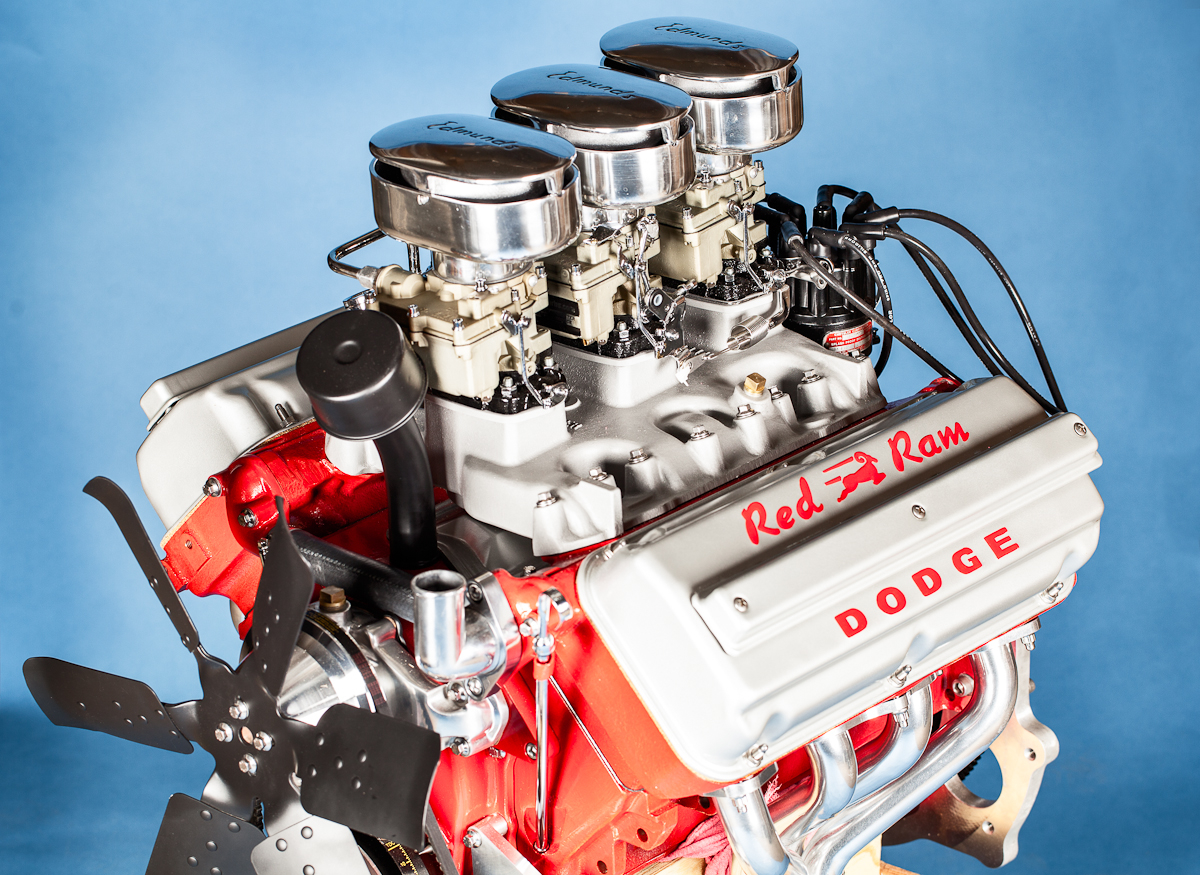 We’re all about names around here. It took us forever and a day to get the BangShift moniker locked down and it’s been working, so we can appreciate a good one. Over the years there have been some great factory names for engines. This is our list of the best 11 of all time. You’ll be surprised to find out who’s in the top spot.

11) Hudson Twin-H Six: Although the “Twin H” option was available on a couple different engines, the one that really made it famous was the L-Head 308ci straight six that Hudson used to dominate Stock Car racing. The “Twin H” setup was a pair of one-barrel Carter carbs as well as a cast iron intake and exhaust manifold. It raised factory horsepower from 145 to 160 hp and race teams were able to use it and some “severe duty” options to build stout cars.

9) Buick Fireball 8: This physically huge straight eight was built for an astounding 22 years! It was built in three variants; the largest displaced 320ci and made 168 hp. The name is totally awesome though. It speaks to a time when Buicks were hot cars. These motors actually found their way into a fair amount of hot rods back in the day and are highly prized today. Can you imagine any lawyer allowing a product to be called Fireball now?

8.) Oldsmobile Rocket: Introduced in 1949 in 303ci form, the Olds Rocket V8 was the first OHV V8 produced by General Motors and can be largely blamed or heralded for launching the first slavo in the horsepower war that was escalating among American manufacturers for the next two decades. Famously, Olds Super 88’s equipped with the four-barrel version of this motor rated at 160hp were nicknamed “Rocket 88’s” and were the theme for Jackie Benson’s tune of the same name. Some say that was the first rock n’ roll song ever recorded.

7) Chevrolet Blue Flame Six: Yet another that had a long production run, actually too long probably. When introduced in 1934 it was one of the hottest motors on the market. By the time the small-block V8 was introduced it was seen as a stodgy lump that no one but your grandmother would be happy with. According to old timers, it was dead nuts reliable and could survive copious amounts of neglect and abuse.

6) Olds Ram Rod 350: As the insurance companies began to crack down on muscle cars, Olds came up with this option, a high-performance 325hp 350ci motor. It sported the W-30 ram air package and with its ability to rev due to its short stroke, it could hang with the big boys. Cool lettering and crossed pistons denoted its presence.

5) Plymouth Super Commando: A name that screams, “I’m gonna kick your ass.” No company would ever be so bold as to use this nomenclature these days, but Mopar had sass in spades back in the 1960s and early 1970s. The best thing is that all the motors that sported this name from Plymouth had more than enough suds to back it up.

4) DeSoto Fire Dome: Sure it’s another Hemi made by Chrysler, but man, can you blame us? Fire Dome! Sounds nasty, even though this motor was one of the hottest when introduced in 1952, it was saddled to a car of the same name that DeSoto promoted by telling customers about everything BUT the great engine.

3) Hercules: The Hercules engine company was formed in 1915 and concentrated for its life span on building heavy-duty truck engines. They supplied the military with more than one million engines over the years and was going strong until the late ’80s when the military got away from the Hercules engines and went with standard mass produced pieces.

2) Buick Dauntless: Kaiser-Jeep started using Buick 225ci V6 engines in 1965 to power Jeeps and gave them the “Dauntless” name. Other than a heavier flywheel, they remained largely the same as the normal production Buick models. They were rated at 155hp. A V8 version of the “Dauntless” was available in 1969 and 1970. It was a Buick 350 that was unchanged from the normal production run. The engine was rated at 230hp.

1) Willys Go-Devil: The littlest, weeniest, engine on our list definitely has the best name. It’s just 134ci and made just 60 hp but it powered Jeeps from 1944-1955 in military models. This little guy powered the Jeeps that helped win WWII, worked farms for decades, and can still be found with regularity running vintage flat fendered CJs.