BangShift Top 11: Signs You Haven’t Been In Your Garage In Quite A While 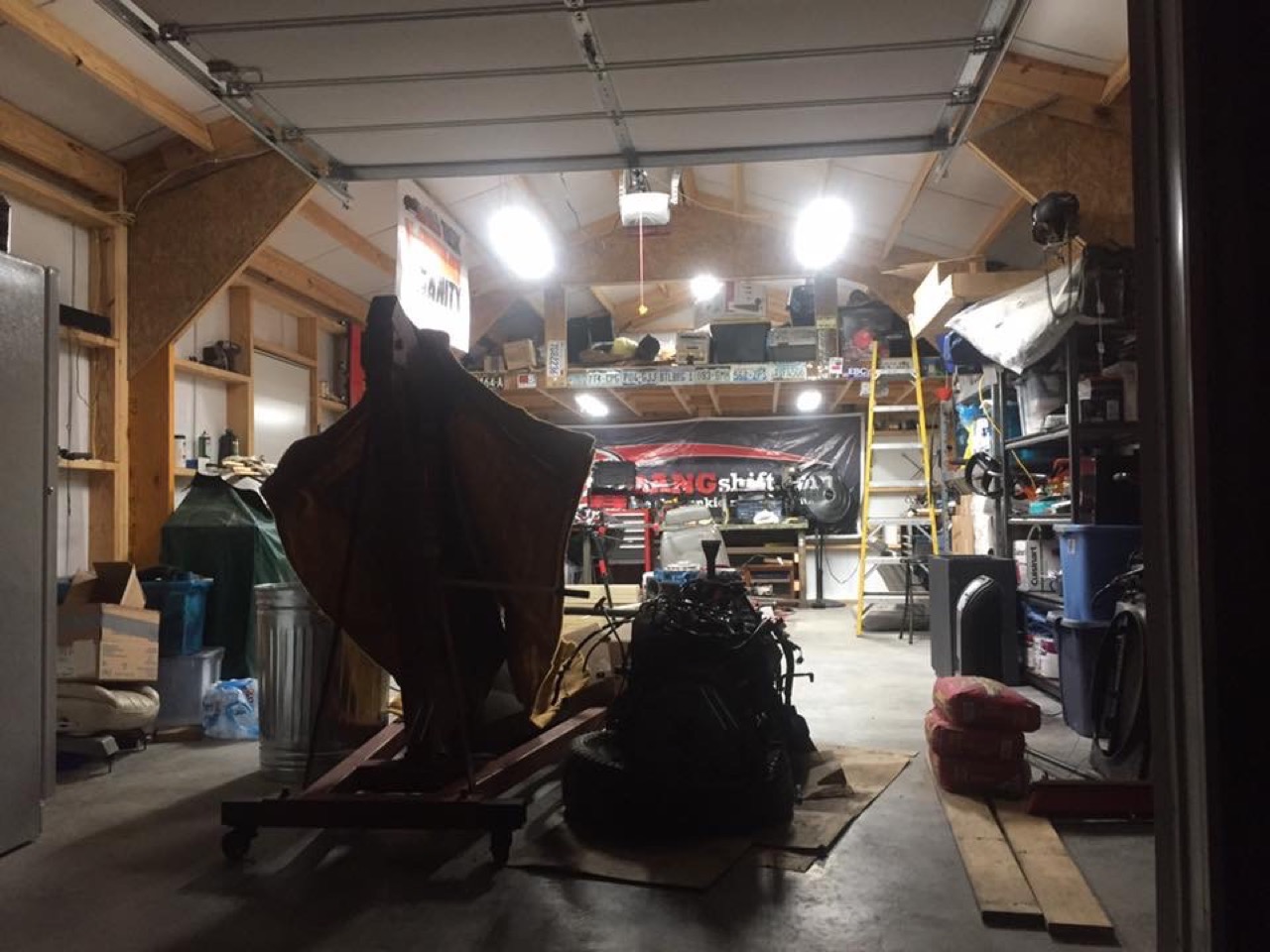 With the weather turning cooler and the prospect of getting some winter projects done for once, today was the day that I sacked up, slammed some cough medicine, and flung open the doors to the shop, trash bags in hand, shop vac at the ready. The goal: to create a Mustang-sized hole that I could use within a couple of days, and as a byproduct, clean up whatever has accumulated over the last several months since I last spent any decent amount of time in the garage. In the better part of one day, I’m close to fulfilling my goal. There’s still the issue of the big-block Mopar and small-block Ford sitting on the floor to contend with, and I will still have to juggle how exactly I’m fitting the Fox body and the engine hoist in the same place, but overall, one monster trash bag of absolute junk later, I’m on the way. Cleaning up the shop does lend itself to new and interesting discoveries, though, and here is some of what I’ve come away with:

11. Halloween is over…enough with the spiderwebs!

The garage at BangShift Mid-West is a metal building on a concrete slab, and I had made sure to go through and seal up the seams really well, but apparently the spider population has other locations that I never thought of when it comes to breaking and entering. A solid 40% of my time was spent removing webs and eradicating the eight-legged squatters. In Kentucky, this is a serious job…we have brown recluse, black widow and various species of wolf and house spider, and I’ve been on the receiving end of a brown recluse bite…it’s not nice. If you haven’t been in the shop for a bit, pest control should be a top priority.

10. The Shop-Vac needs attention, too.

The almighty Shop-Vac…no garage is complete without one. But remember that this is just a tool and like other tools, needs some attention too. In my case, it was simple enough: I hadn’t cleaned it out since I had vacuumed out the glass from the inside of the Rollover Explorer, which led to some interesting rattling noises when I first turned it on. No harm, no foul, but take a look, just in case. I’m just happy that there wasn’t a family of angry chipmunks living inside of the canister.

9. All hail the industrial-strength trash bag.

I genuinely have no idea when the last time I changed out the bag in my metal trash can was….spring maybe?

8. How many engines did I disassemble, again?!

The actual count for engines currently in the shop is three: a Chrysler 360, a Chrysler 400, and a Ford 302. The 360’s parts are accounted for and documented in one corner of the shop, and the 302 hasn’t been disassembled at all. The 400, however, is in many pieces and upon clearing off the counters and shelves, I’d swear that I gained an engine and a half worth of pieces. Some of that is due to the crates of parts that came with the 360, and some of it I don’t recognize at all. Maybe I disassembled a lawn tractor engine in my sleep…

After going through the paints, solvents, fuels, greases, waxes, oils and other automotive fluids…not to mention all the gardening and pest-control chemicals I have…I’m seriously looking at one of those metal chemical lockers. Did you know that if you leave two cans of WD-40 together alone for six months, you’ll wind up with ten cans, plus a little can of Liquid Wrench that isn’t quite accepted into the family?

6. Now is a great time for tool accountability and recovery. 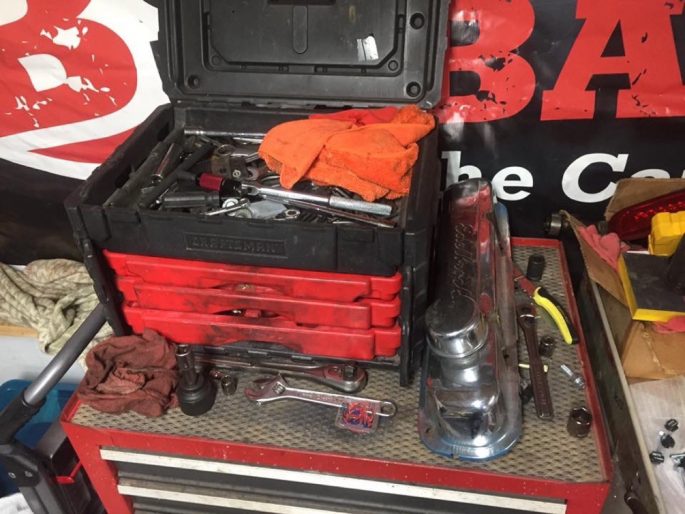 Christmas shopping season is on the way, and for once, I actually can tell people exactly what I want this year. All they have to do is check out the list of tools that somehow went AWOL over the past 12 months and I’ll be set. Maybe then I’ll have enough 10mm and 1/2-inch sockets to work with.

The shop’s music system has been significantly upgraded in the form of a sound bar and a subwoofer. Why is that important? For the most part, it’s not…but never underestimate the ability of music to motivate you into action! My wife might get a new insight into what music I really listen to, but it’s ok. I’m just glad the next-door neighbors are out on vacation!

4. Open the blinds up and let some natural light inside!

My garage has four sources of light: the main garage door, the side door, and two windows with blinds. I might want to open them more often…when I opened up the blinds at the back of the shop near my workbench, something hissed at me in Latin and fled the building.

3. Focus is the difference between the student and the master.

Several times during the cleaning, I found myself messing with something instead of focusing on the task at hand. I’d pick up a part, give it a quick clean, then the next thing I knew I had rags laid out and was scrubbing valvetrain components instead of clearing off the workbench. Apparently nothing has changed since I was a kid and “Clean your room!” turned into the Hot Wheels Stunt Academy hour in my bedroom.

I keep cardboard boxes around in the shop because they are handy. But I decided some of them should go,  so I went through the best ones and threw out those that seemed damaged or otherwise undesirable. You want to know what makes a box instantly undesirable? A live red wasp that is willing to do just about anything to not go outside into the cooler air. Look before you leap. And make sure the big garage door is open before you try to escape the building un-perforated.

1. Time management is your friend.

In the space of one day’s worth of Autumn sunlight, I got about halfway done with what I needed to. There was quite a bit to catch up on, but a lot of the blame lies with distractions and other reasons why my full, undivided attention wasn’t focused on cleaning up. But at least I have these lessons to look back on…now, let’s see if they work when I finally roll the Imperial into the shop.

Want To Build Your Very Own Battle-Wagon? Check Out This 1987 Pontiac Safari And Think Of The Possibilities! Cathedral Port vs Rectrangular Port - Turbo LS Cylinder Head Shootout

7 thoughts on “BangShift Top 11: Signs You Haven’t Been In Your Garage In Quite A While”