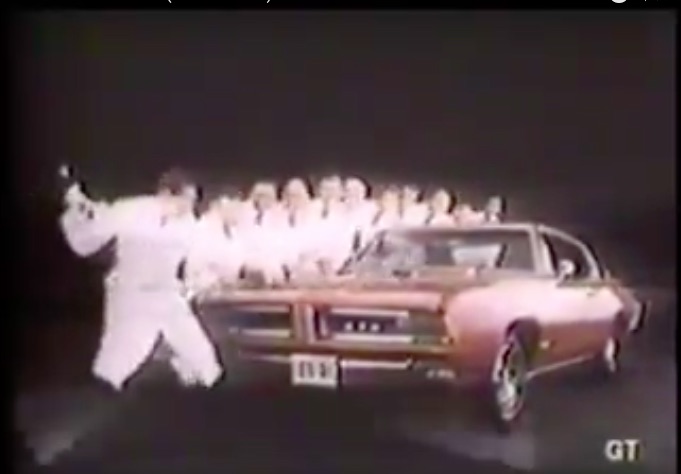 Today is Super Bowl Sunday, the biggest commercial day of the year. Undoubtedly some car company will be running ads during the game and trying to make a splash with whatever creative ideas they have been able to conjure. There’s one problem though. Car commercials pretty much suck these days. Companies are too fearful of touting the performance of their cars to do anything bold and exciting. Instead we’re beaten over the head with fuel economy numbers, seating capacity, and bragging about cup holders.

This was not always the case. There was a time when Detroit was filled with fire and vinegar and had creative advertising people dreaming up fun and provocative ways to entice us gearheads to buy cool cars. There are scant few examples of neat car ads in the last twenty years, but we managed to find a couple.

You’ll also see one brand with the most representation: the former “excitement” brand. Interestingly, David Freiburger’s father was a TV commercial executive in the ’60s and ’70s, and he produced the Pontiac spots seen here (other than the 1998 Firebird one).

Best Of BS 2017: Here's The Spot For ALL Of Our 2017 Bonneville Speed Week Coverage! Even More Photos From The Sheely Collection Charity Autocross In Fontana