On This Day: The Lindal Railway Incident, or How To Make A Locomotive Disappear Forever 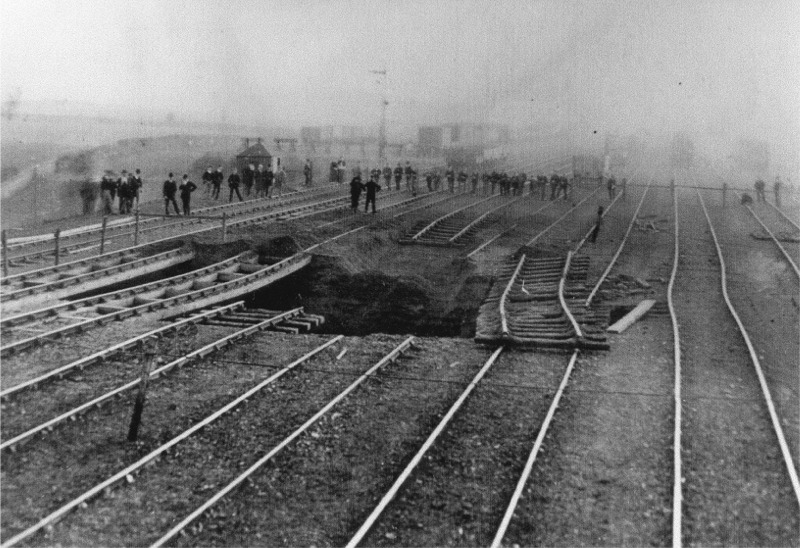 “There’s a hole, there’s a hole…there’s a hole in the bottom of the sea…” It was one of my favorite cadences in the Army, about a hole that fit damn near anything it could swallow up. Everything from a log, to a frog, to the career of a up-and-coming lieutenant who threatened to disrupt the daily norm could be found in the hold at the bottom of the sea, never to be recovered. It might have been the only safe one I knew, but I always wondered why a hole. Why shove a ton of unnecessary things into a hole? It’s not like holes just magically open up, right? Riiiight…tell that to the folks at the National Corvette Museum, they’ve got a few words to say on the subject. So would the historical Furness Railway, a company that operated around the Lancashire region of England. The railroad was merged with others into the London, Midland and Scottish Railway in 1922, and out of their remaining engines that exist to this day, one in particular is notorious for existing solely because nobody knows where in the hell it wound up. This is the story of No.115, a Sharp Steward D1-class 0-6-0 engine that disappeared into the earth. 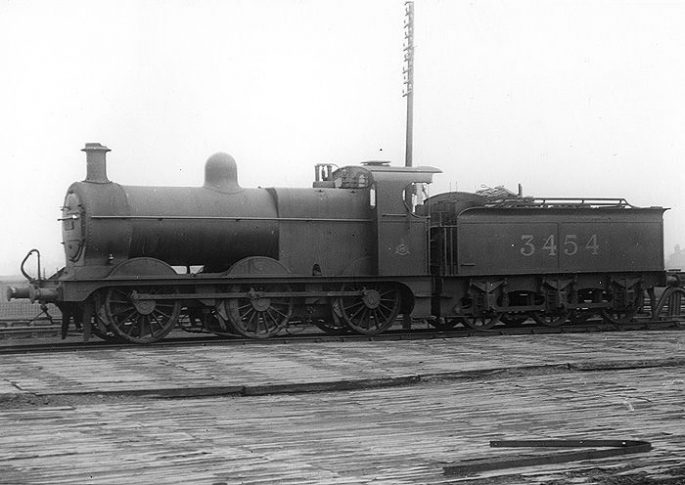 In almost the same manner as the Corvettes would find themselves in over a century later, the story of No.115’s fate began with an unexpected opening in the earth. The locomotive was shunting (switching; preparing a train)  at the Lindal station near Lindal-in-Furness, Lancashire in the morning hours when driver Thomas Postlethwaite saw cracks in the earth opening up directly underneath the tracks. After he dumped the steam and threw the engine into reverse he jumped off the doomed engine and slammed into a wagon hard enough that he was transported to North Lonsdale Hospital for care. No sooner than he had cleared from the locomotive did the hole open up…thirty feet wide, about thirty feet deep, and with sheer walls. The D1 didn’t stand a chance…with the rails, base and logs falling into the sinkhole, the 0-6-0 dove in nose-first, buried up to the tender. Any traffic en route to the Lindal station was rerouted, and gangs of workers were brought in to clear away damaged track and to attempt to recover the gear. The coal tender was recovered fairly easily, but the 35-ton engine was going to be a much bigger problem. An incline would have to be manufactured in order to attempt to get No.115 back up onto solid land and onto the rails, but during a break for refreshments for the work gangs, the hole suddenly doubled in size and depth and the engine quite literally made the journey to the center of the earth, disappearing below softer soils. Once the area was deemed safe to work on, loads of ballast material was brought in and dumped in the hole until the railway operators were sure that track could be laid again.

So what caused the hole that ate the train? The most likely explanation was that the Lindal station was built on ground prone to subsidence, that was compromised by the Parkside and Lindal Moor Mining Company’s mineshafts. Another explanation believes that the cave-in was the result of a collapse of a soft spot above an underground stream, which had been aggravated by recent heavy rains in the area. Whatever the cause, No.115 is still in the earth. Nobody knows how deep the engine went, but there is no doubt that there is an old locomotive underneath the lines at Lindal.

BangShift Question Of The Day: Would You Ever Bring One You Sold Back? Install Video: Check Out The Process Of Installing A Ridetech StreetGrip Suspension On A 2004-2008 F150 Truck

One thought on “On This Day: The Lindal Railway Incident, or How To Make A Locomotive Disappear Forever”