Install Video: Check Out The Process Of Installing A Ridetech StreetGrip Suspension On A 2004-2008 F150 Truck 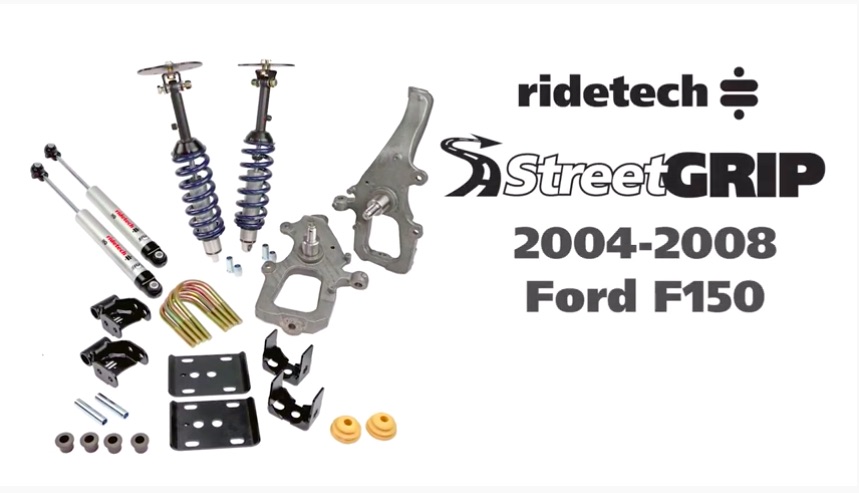 We’re definitely fans of the RideTech StreetGrip line of suspension systems. We have installed them here at BangShift we have driven cars with them installed and we have come away understanding that there’s a huge number of people out there who want more handling, want a better stance, and don’t want a full race car on the street. That is exactly what this system is designed to deliver and in this video we’re going to see one installed on an F150 of the 2004-2008 variety.

The 2004-2008 F150 is kind of a sleeper right now in the used truck market. Loads of kids are starting to realize that they can get their mitts on these things for pretty short money and then upgrade them to their own taste. When you see this truck get the StreetGrip system and then check out the looks after the fact you’ll know why Ridetech continues to release more and more varieties and applications for these components.

As a reminder, the StreetGrip system is intended to give you a significant improvement in handling’s and driving fun while maintaining good street manners and not jarring the drivers and passengers with the stiffness of a race car’s ride. Adjustable coil-over shocks are an integral part of the package, new spindles, and all the brackets you need are included.

There is no cutting, no welding, and this job could legitimately be done in your driveway on a jack and jack stands.

On This Day: The Lindal Railway Incident, or How To Make A Locomotive Disappear Forever Game On: Here's Our BangShifty Review Of WRC Championship 9 For Xbox, Play Station, and PC - Worth The Dough?