Unhinged: A Letter To Those Responsible For Shuttering Drag Strips 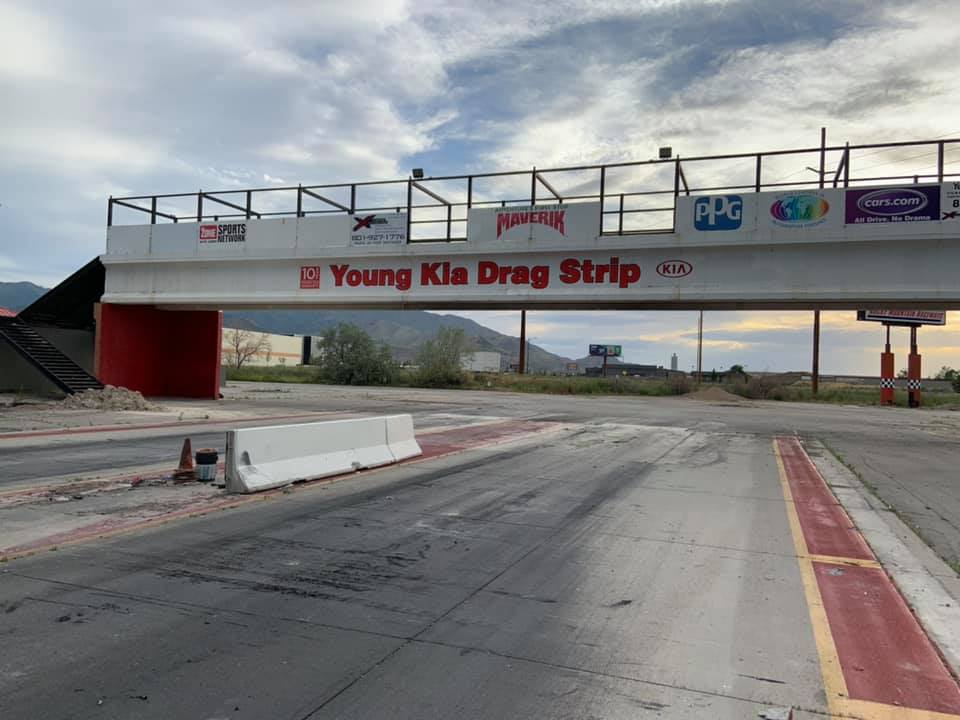 Last September, I got to take part in something I hope to never do again: the final blowout before a race track is closed in the name of whatever was needed at the moment. Honestly, I don’t give a rat’s ass what the closure was about, you won’t find me pleased in the least about the circumstances unless a replacement facility is opening and the old facility has to go to make way. Rocky Mountain Raceways, the strip in Salt Lake City, did not have to go away. Honestly, there was no reason whatsoever for the track to be shuttered. The website for the track simply has a gigantic “THANK YOU” in place of the fifty years of history the track had prior. It was believed that the developing company that had taken over the property that RMR sat on was going to turn it into warehouses, like just about every other one of the properties in it’s portfolio. That didn’t happen. Instead, the track is a shell of it’s former self, with offices ransacked, all of the copper wiring gutted, the offices trashed, the weeds growing nice and tall, and the graffiti popping up. 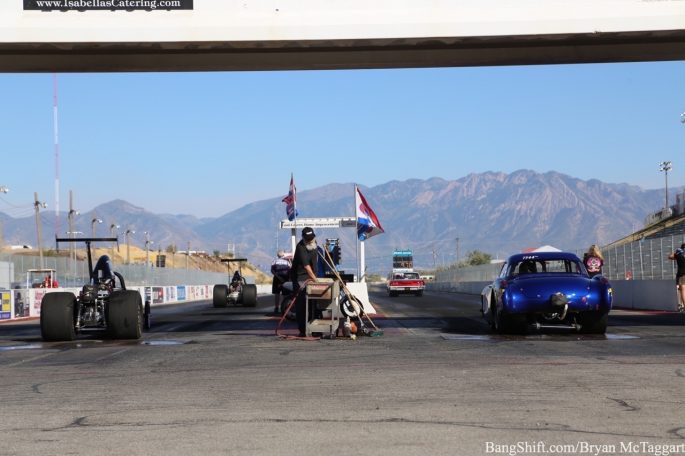 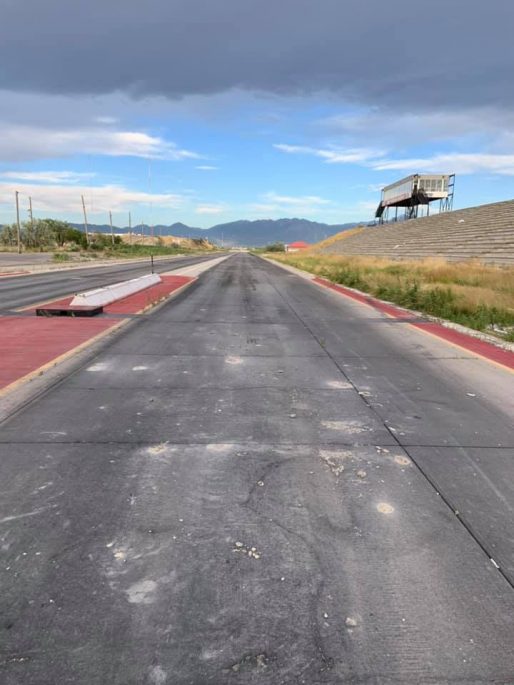 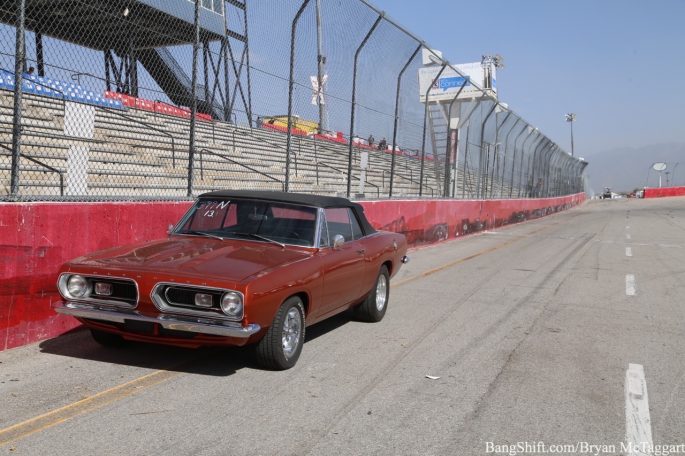 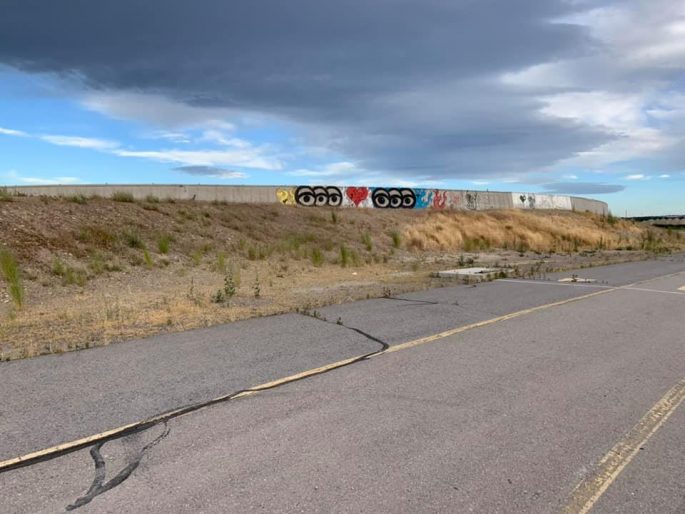 Tell me, exactly, what was the real plan for Rocky Mountain Raceways after the track was shut down. Please, I’d love to know, because right now all I see is the early stages of one of those racing venues that will sit, bake in the sun, fall into disrepair and won’t become much of anything except heartbreak to those who drove there for years to come. I only went to RMR once, to cover the “Night of Fire” finale, and that’s it…and I’m pissed-off when I see these updated photos. This track could have been operational. There could’ve been at least one more season. There could have been something. But no, instead we get tall grass growing up through the cracks in the asphalt of the circle track. We get the shattered glass and destroyed garage doors. We get tumbleweeds and a starting line that is begging for one more drag, one more prep session.

An hour and a half after I left Rocky Mountain Raceways for the last time, I penned what might be one of my top three articles ever and without question, my most inspired editorial I’ve ever written, which you can read HERE. You can also find links to the galleries I shot in that article as well. The lead photo is one of my favorites. I shot it early in the morning as the sun was rising over Grandview Peak and Gobbler’s Knob in the distance. There might have been ten people at the track, the early stirrings of a crew prepping the sprayers and the tractors and one or two in the offices getting everything going, yet a facility never felt so empty to me. If that feeling had stayed all three days, I might not have been so upset, but on the final night, it was a packed house and then some. I’m not exaggerating in the least, the parking lot was overfilled and there were miles of cars up and down the frontage road, parked in the desert, parked along the road, parked on the median between the frontage road and Highway 201. The stands were loaded with bodies, cheering, screaming, going berserk when the drivers went for a half-track burnout or dry-hopped to their heart’s content. I saw magic that evening that, bluntly, I have yet to see at any other event.

I might be focused on Rocky Mountain Raceways, but the sentiment goes for just about any time the developer wins, like what happened to Kansas City International Raceway Remind me again why the track had to be shut down, just to bake under the desert sun. Give me one reason why the late-night tuning sessions that saw gang members at the track instead of out on the street had to go. Look me dead in the eye and tell me why the lack of development on a site that was so desirable was worth pink-slipping the employees. Tell me, and the world for what I care, why a dead track at the far reaches of Salt Lake City had to be silenced when it’s obvious nobody is in a hurry to do anything with it except for the racers.

Fixing A Brick: This Dodge Coronet's Turbocharged 3G Hemi Gets An In-Depth Checkup! This Barn Find Camaro Hasn't Run In 21 Years. Will It Fight, Or Will It Fire And Run?

28 thoughts on “Unhinged: A Letter To Those Responsible For Shuttering Drag Strips”