Unhinged: The Thirty-Cent Clip And A Lesson In Humility 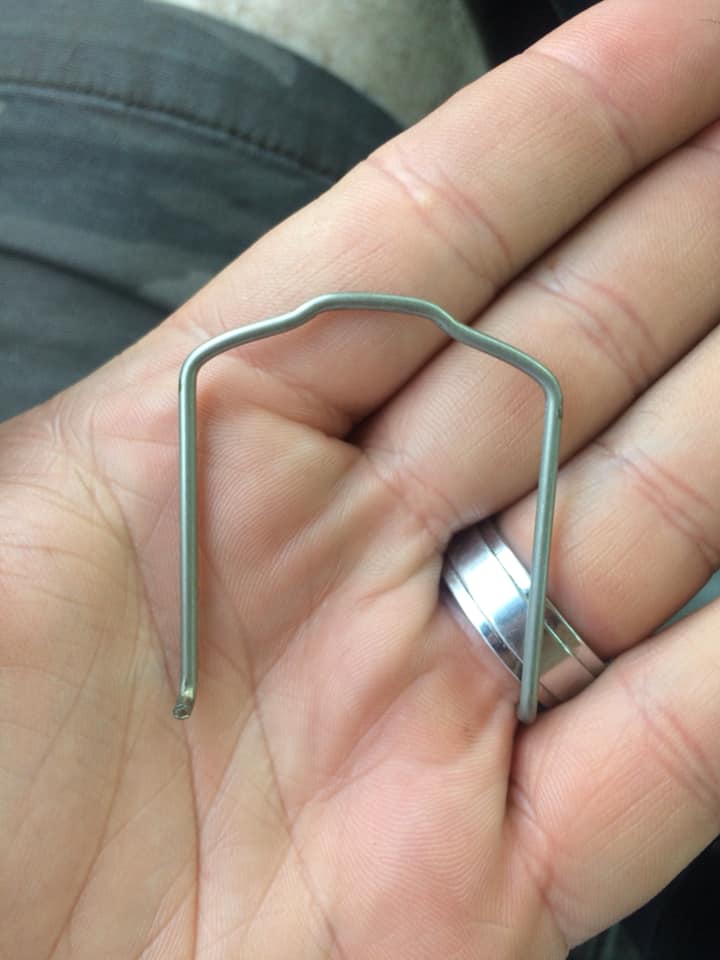 So, if you weren’t aware, last month I purchased a 2012 Chevrolet Cruze Eco with a six-speed that is being pressed in as a pure MPG car. Honest truth: I love this little thing. It’s just big enough to be comfortable, plenty smaller than anything I’ve owned up until now, it’s capable of hauling the livestream kit box (which isn’t small) plus my gear without a hitch, and it’s living up to the MPG claims…the computer says an average of about 40 MPG, which is a touch optimistic, but it isn’t that far off either. I’d venture that realistically, it’s pulling about 38 MPG average with no change in driving style, running five MPH over the speed limit on the Interstate, with the air conditioning on and fully loaded with gear and luggage.  So far, the Cruze has been decent. We did replace the transaxle and clutch almost immediately, once a bearing howl made itself known two days after taking possession, but the dealership we bought the car from happily covered that cost and even let me help source the new transaxle, which was a 20,000 mile old unit in a car that had been rear-ended. I had hoped that this 87,xxx mile old Chevy needed nothing else, but on the first 100-degree day of 2019, the plastic thermostat housing developed a leak bad enough to warrant a replacement. Since my next trip with the Cruze is to go to Texas, this needed to be fixed. 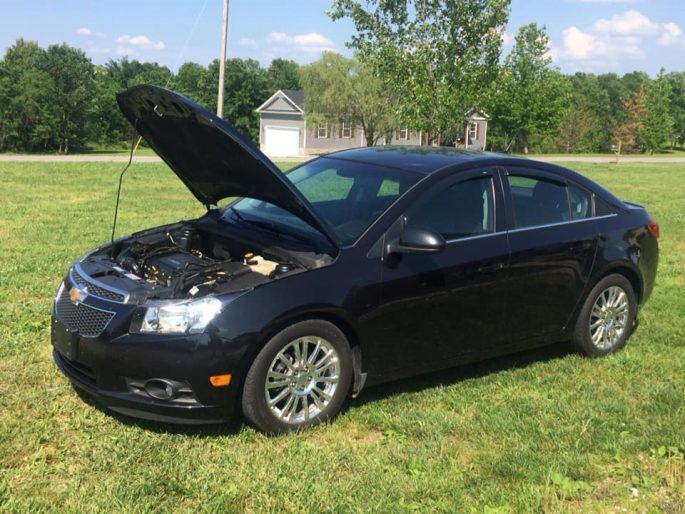 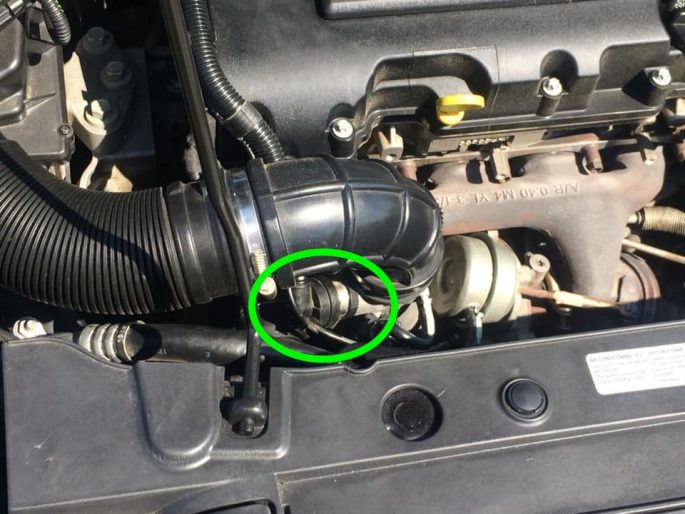 Unlike a lot of late model cars, there is plenty of room to work in the Cruze’s engine bay, even for those cursed with Sasquatch paws, like yours truly. The replacement couldn’t have been more straightforward: pop off the intake hose, undo the electrical connector for the temperature sensor, disconnect the heater hose with channel-lock pliers, remove the lower radiator hose from the thermostat housing, undo three 8mm bolts, and reinstall in reverse. Nothing to it…outside of wising for tiny hands, everything went smoothly, right up to the point where I had to remove the radiator hose from the thermostat housing. 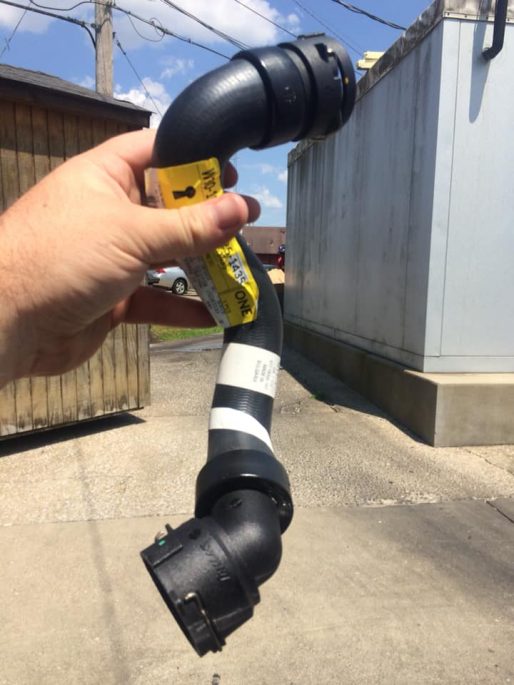 As you can see in the photo, at the end of the hose is a connection point that uses that U-shaped clip to hold the hose on. Now, here’s where my lesson in humility begins: upon teardown, I thought that the entire clip had to be removed from the join to disconnect the hose. And what should have been at most a two-hour job went to hell at that moment. Just as I was about to free the clip from the connection, it sprung loose, pinged around the engine bay, then promptly disappeared into Narnia for all I know. It didn’t leave the car and I couldn’t find it with a magnet or my hands. Hindsight being 20/20, there was no need to fully remove that clip. But because I did that, I had to purchase an entire lower radiator hose assembly, that cost me $30 from the dealership. Annoying? Oh, hell yes. But the task is done…the Cruze does not leak, the temperature is perfect, and I now have a spare part for the car in the garage in case I ever need it.

Before the first comment is written, let’s be upfront about it: My skills are best described as “shadetree mechanic”. I am not a trained automotive professional. I’m a trained armament technician, electronic technician, and avionic repair technician for helicopters that were decommissioned a couple of years ago. That does add some benefits to my time wrenching on cars, which I’ve done since I was about ten years old, but most of what I spin wrenches on is about my age or older…which, if you’re reading this first thing today, is about thirty-six years old. I have never encountered a quick-disconnect radiator hose setup like this before, and my lack of knowledge dinged my pocketbook when I botched the job. Remember the lesson I got a reminder in: when in doubt, research before ripping everything apart. The Chevy actually seems to be a straightforward setup to work on in pretty much every regard. But not knowing what you are doing is the fastest way to screw something up. 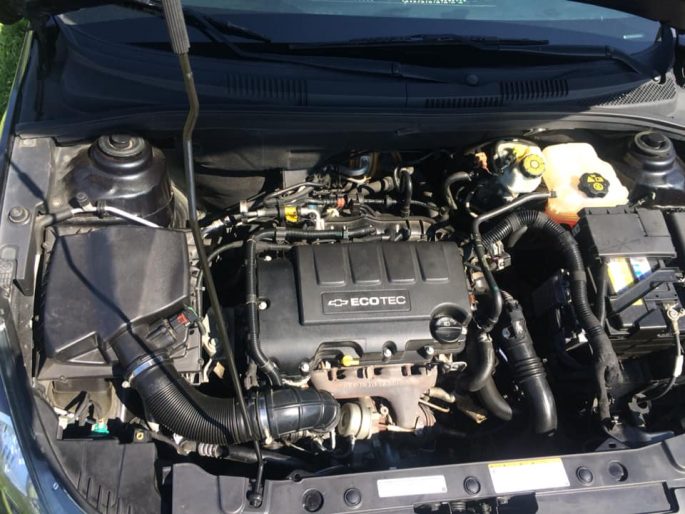 Top 11: McTaggart's Dream Picks For 2019 - A Snapshot Of His Wish List! BangShift Question Of The Day: What One Generation Of Car Should The Manufacturers Start Making Parts For Again?

5 thoughts on “Unhinged: The Thirty-Cent Clip And A Lesson In Humility”