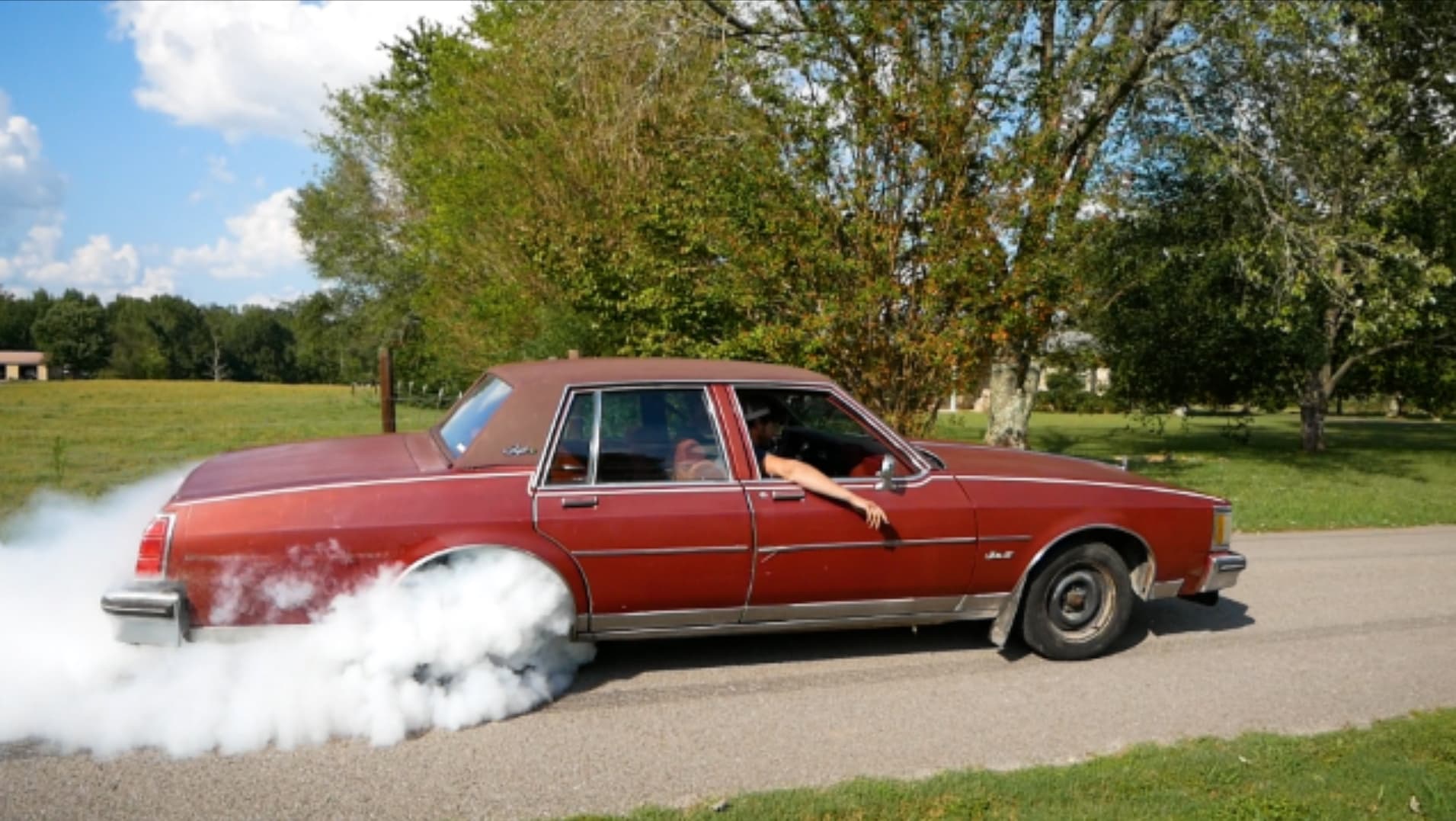 Buying a low-dollar beater only works out if the car you purchase gives you something back in return. Take the Cougar that we’ve been messing with for the last couple of weeks…$400 for the car, and just enough of an investment in the safety gear like brakes, tires and repairing what is needed to be safe has provided a car that I’ve been daily-driving in comfort, a car that I’ve been able to beat the hell out of without any repercussions. That’s not a bad investment in the long run if you are willing to throw in the work.

We’re not the only one who have been playing with an unloved 1980s beater that came in for dirt-cheap money. When Kevin got back from his stint overseas last summer, he threw a couple of hundred dollars down on an Oldsmobile Delta 88 and spent a bit of time making that $300 brick run and drive. So what is a good idea with a car like that, a car that most sane individuals would use around town and nothing else? Throw some shit in the trunk, get a friend and a dog, and hit the road.

Seems like a bad idea? Nah. I did it when I was 17 with an old Chrysler. I did it several times over with a Dodge truck and even this Cougar. The Delta 88 is even more of a durable platform, it’ll make it just fine. So hop in and take a ride with Kevin and Luke as they head out to Tennessee to hang out with Dylan!

Street Racing In Sweden Is Arguably Some Of The Coolest On Earth. Man We Want To Go See This In Person! Our NHRA Winternationals Photos Just Keep Coming! Wheels Up Sportsman Photos Right Here

One thought on “1,800 Miles In A $300 Car Because…Why Not? The Junkyard Digs Oldsmobile Heads East!”