Big Red: Teaming Up To Wake Up A Honda ATC200ES Three-Wheeler!

Aug 24, 2020Bryan McTaggartMISC, VideosComments Off on Big Red: Teaming Up To Wake Up A Honda ATC200ES Three-Wheeler! 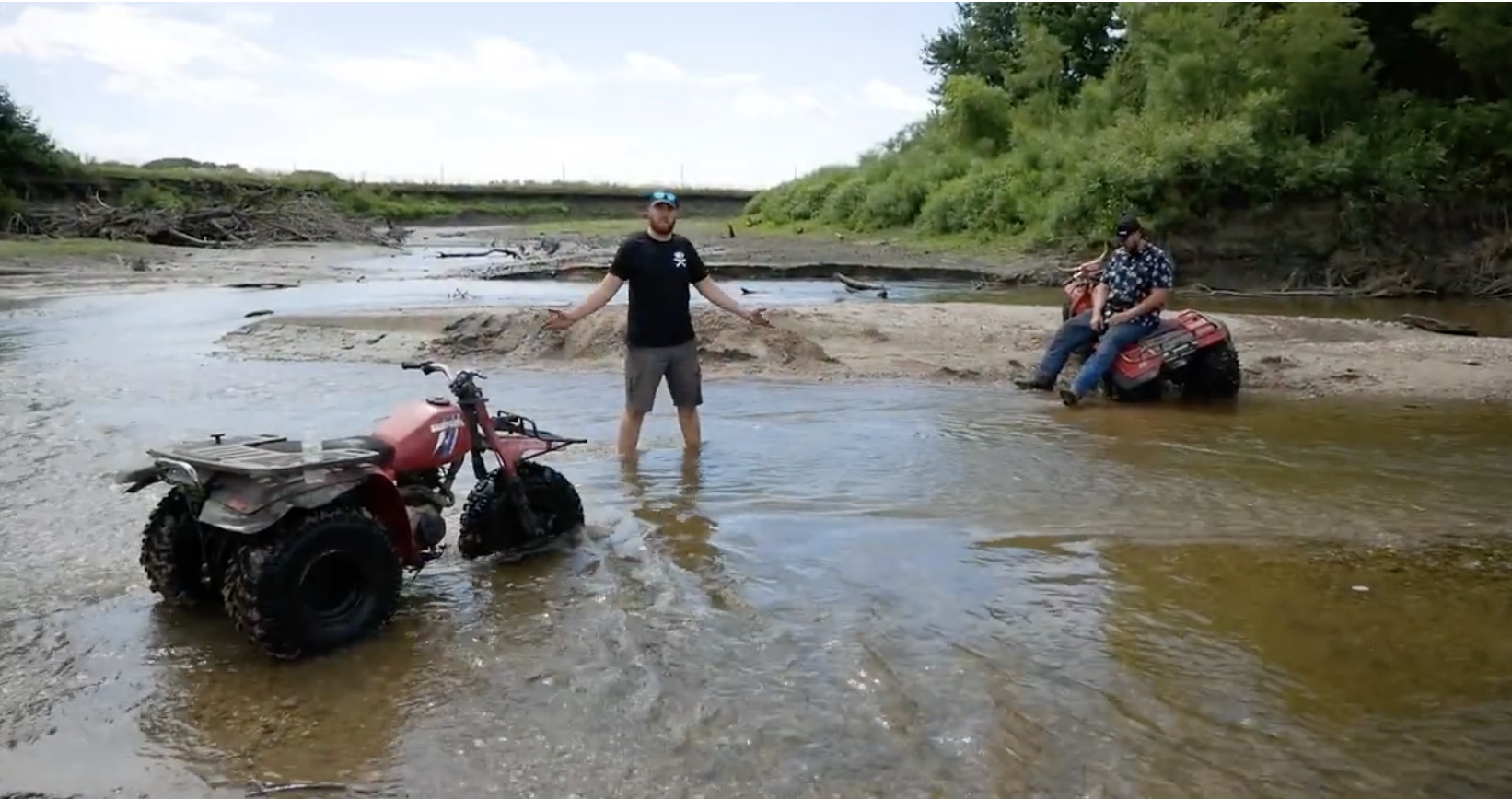 The toy of my youth, the machine that I used more than any other to wreak havoc with: the Honda three-wheeler. There were two…one 185 with the pull-start from hell and one 200 with the electric start. Between the two I managed to till up just about every open square inch of the yard, managed to pull my first full-vertical wheelstand after trying to pop over a felled tree, and managed to run myself over after my foot bounced off of the peg and I got drug under the tire. My brother did the same thing, plus he wound up having a head-on collision with a Ford Courier being driven by an old lady. Safety pundits might twitch at the mere mention of having fun on a three-wheeler, but far as I’m concerned, they all can go have a jolly good time with a tall cactus for what I care. Three wheelers are a riot, whether you have one of the older Honda four-strokers that take abuse, or you have something wicked like one of the 250R two-stroke widowmakers that knew how to fly in several senses of the word.

Junkyard Digs and Vice Grip Garage are teaming up on this revival project, with the patient this time a Honda ATC 200ES. If you have never ridden a Big Red before, you should. They can be as docile as a lawn tractor or can be kicked around and pitched sideways and bashed through the woods, whatever your pleasure. With the parts in buckets and the ATV swinging from a block-and-tackle that looks positively solid (yikes) these two will dive into the fun of waking up an old ATV and why they are a worthwhile project.

Right up until they nearly sink it in a river.

Money No Object: 1976 Chevrolet Camaro "Europo Hurst" by Frua Dakar Hell Video: Watch A Racer Slog Through Sand And Then Blaze His Own Trail, Vegetation Be Damned