Get That Lean Going: The Brutal Test Of The 1969 Chevrolet Impala 396! 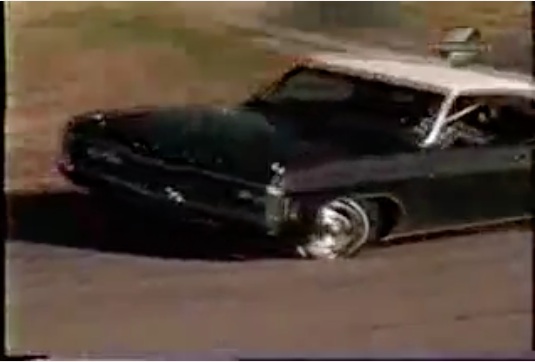 Seeing how Car and Track skewered the 1974 Chevrolet Camaro Type LT during testing is one thing. The Camaro was at the end of any acceptable form of the Musclecar era, and had cowed into a soft, slow form of it’s former self, complete with railroad bars front and rear. Compared to what was on the street just four years prior, anyone who has even the slightest inkling for cars would’ve been disgusted…and that’s coming from someone who actually likes the 1974-77 Camaro’s looks. Honesty, especially in blunt form, was that man’s point of pride.

But in 1969, things were still good: big blocks were all the rage, horsepower numbers were just about to crest, and opera windows weren’t an issue whatsoever. Yet, when the testers at Car and Track got their hands on a 396 2bbl/Powerglide-equipped 1969 Impala coupe, well…it sucked. Loudly. Bud Lindemann had plenty of praises for what was good, but when he started off a feature by saying that Ford and Chrysler might be getting new buyers into their showrooms…well, that’s pretty damning. It rolls, it pitches, and it absolutely torments that front-left tire…if you squint, you might even see a spark or two off of the wheel! Nobody was ever going to look at a 1969 Impala and picture it as the pinnacle of handling and sporty driving, but seriously, when you’re about to scrape the rear-view mirror off of the door, there has to be a point where you call a spade a spade. What do you think…accurate or a bit over the top?

Random Car Reviews: Two Of The Biggest Hitters Of The 1990s: The Red '57 Chevy And The White Camaro! Gray Egg: Watch This CBR900-powered Fiat 126p Make Work Of An Autocross Course