Classic YouTube: Say “Nice To Meet You Too” To The Mustang II 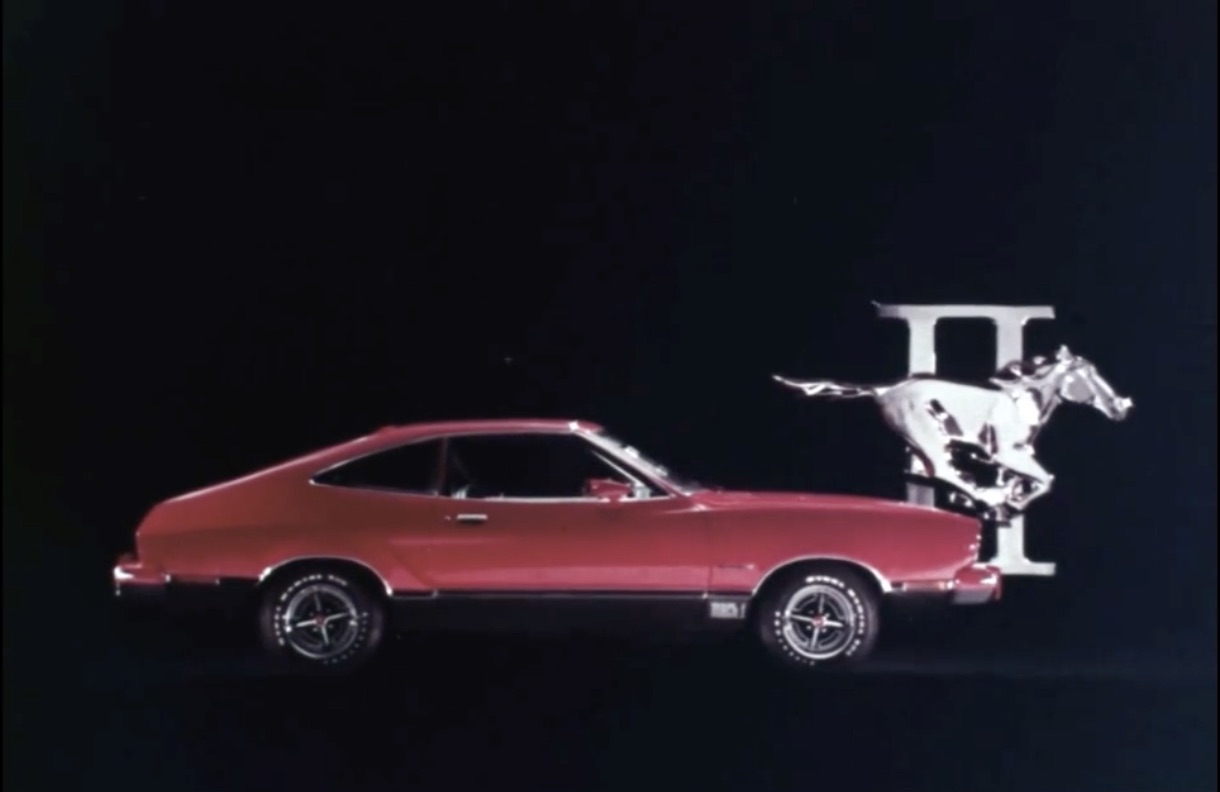 “I have a ’65 Mustang and I don’t like what’s happening. They’re blowing them up. Why can’t you just leave a sports car small? I mean, you keep blowing them up and starting with another little one, blow that one up and start another one. I mean, why don’t you just leave them?” Those words were spoken by Anna Muccioli on the floor at Ford’s annual shareholder’s meeting in May 1968 as a rip on the upsizing of the first-generation Ford Mustang. Sadly, she was dead-right with what was happening to the small little car she loved, and if the 1967 refresh wasn’t to her tastes, then 1969 made her cringe and 1971 made her sick. Most of the time the Mustang got bigger to fit a larger engine under the hood, but in 1971 it was clear that the program was not working and that the Mustang needed help, fast.

The Mustang II was in the works by 1968, and when it debuted for 1974 it was Lee Iacocca’s second baby with a running horse badge. But where the first one had been a home run through and through, the Mustang II’s sales were more related to it being a car for the times. Yes, performance sucked. Yes, for the first year, the best you could do was the V6 that was shared with the imported Capri. But with it’s low entry-point price and the sudden positive of having a small, economical car during the OPEC oil embargo, the M2 managed to sell quite well through it’s five-year run.

But imagine it’s 1973, and memories of Boss 302s, Boss 351s and Mach 1s with 429s are still very vivid in your head…and you get introduced to the next generation of Mustang with the kind of fanfare music appreciated not by people who knew what racing fuel and hot rubber smelled like, but by people whose dinner times were dictated by what time The Lawrence Welk Show was coming on. I can only imagine that the response was a stunned, shocked silence before the old man of the dealership suddenly burst out with, “What the hell is this?!”

Still Tippin': The Story Of The Slandering Of The Suzuki Samurai Wreckage Bonanza Video: Four Minutes Of Open Track Day Destruction From Around The World

4 thoughts on “Classic YouTube: Say “Nice To Meet You Too” To The Mustang II”