Classic YouTube: Take A Look Back At The First Live Televised NASCAR Grand National Race In 1971! 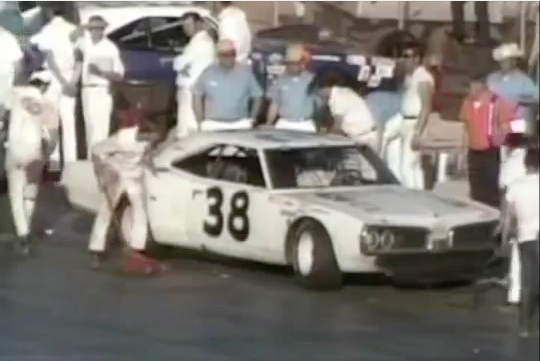 For a racing series that had been operating since 1948, you would have thought that NASCAR racing of any sort would have been a television staple well before the 1980s. It was, but unlike sports like baseball or football, NASCAR was usually tape-recorded, edited, and shown on such shows as ABC’s Wide World Of Sports and Car And Track. It wasn’t that there wasn’t a demand for racing, it was just that it wasn’t well known outside of the South. Frequently, the 1979 Daytona 500 is cited as the most important race NASCAR ever had televised live, due to the combination of a snowed-in Northeast and the ass-kicking that was going on in the infield of Turn 3 that brought stock car racing to the front and center of racing news. But it wasn’t the first live televised race…that happened in 1971, when the Greenville 200 race in South Carolina was chosen to be one of several live televised races filmed by ABC Sports. Jim McKay and Chris Economaki were in the booth, while Ken Squier was in the pits talking with drivers as the race progressed. The race itself was a complete blowout once Bobby Issac got to the front of the pack, but the format that ABC put together for the live coverage would go on to be the standard for NASCAR coverage.

Money No Object: 1971 Plymouth GTX Hemi - The Most Expensive Hemi-Powered Car Sold New Wicked Little Sleeper: This 4G63-Swapped Eagle Summit Beats Up On A Nissan GT-R And A Viper

One thought on “Classic YouTube: Take A Look Back At The First Live Televised NASCAR Grand National Race In 1971!”