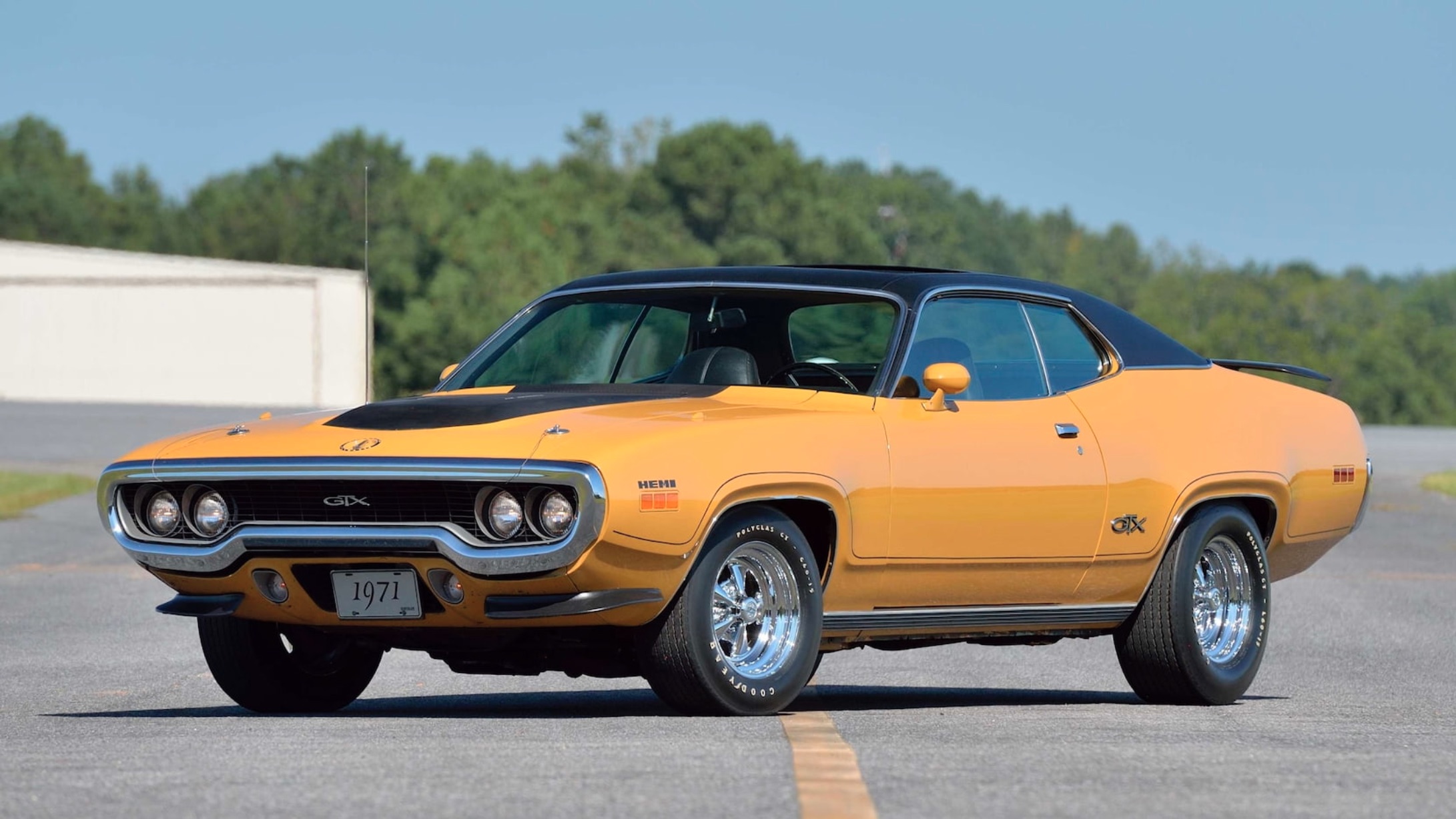 When you are in the military, and you come to a point in the road where you know that from the next step forward until you return home, your life expectancy has more than halved, it leaves you with a pit in the bottom of your stomach that anyone else cannot fathom. Whether that moment was the second you got off of the helicopter or the moment you crossed the Iraq-Kuwait border, the moment the smell of a Vietnam jungle hit your nostrils or second you started to hear the loading door of the landing craft start to open on one of the most bone-chilling sights in history, once you sense it you can’t forget it. When you have to remind yourself that you might die at any second from this moment forward, it’s a new kind of normal.

Maybe that’s why the lucky ones who return go a bit nuts celebrating the first time. We did. Hell, you should’ve seen the parking lot a month after being back, it was unreal. We all bought cars. Just about everyone did. And back in the day, it was the same story. One soldier, SGT. Larry Dickson, went absolutely ballistic when he returned home from Vietnam. He knew that he wanted something with a Hemi under the hood. He got it. And he paid for it. The car he would wind up owning for the rest of his life was this Bahama Yellow 1971 Plymouth GTX, and even without the “soldier comes home” story that goes with the car, this is a Mopar worth noting. 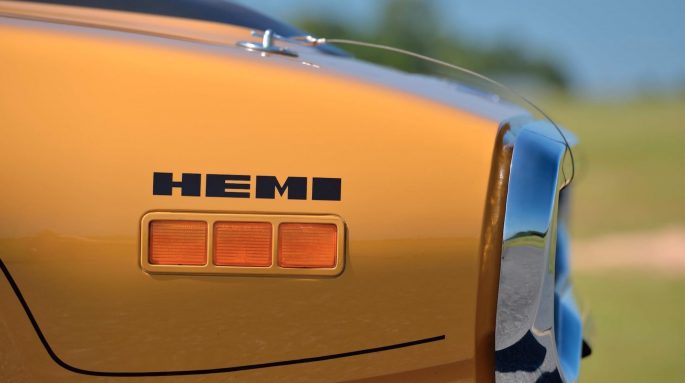 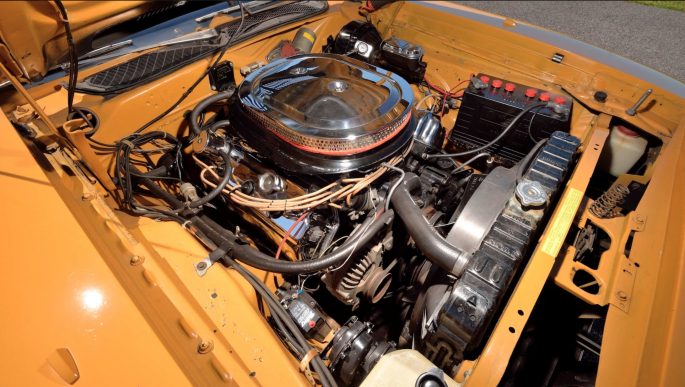 The old sarge didn’t screw around with this Plymouth. The GTX was the top-tier B-body that you could still tune out as a performance screamer, what would morph into a personal luxury coupe. In 1971, it was a Road Runner trying to be mature and kind of failing, if we’re honest. But while it might not be “mature”, it was deadly serious: Hemi, four-speed, Super Track Pack with 4.10s out back, all power everything including the seat, tinted glass, defogger, Air Grabber hoodscoop, and just about every other option you could stick on a GTX wound up on this car. Oh, and don’t forget the sunroof, one of two Hemi GTXs optioned with it. Total price out the door in 1971? $6,592.75. A basic GTX started out at $3,733. This sucker was just a bit more expensive than a 1971 Coupe deVille! 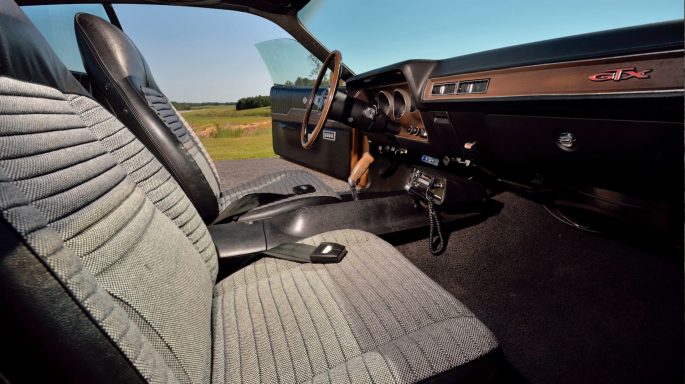 Dickson then added a couple small aftermarket additions, like the Cragars, the Mallory distributor with the rev limiter, some chromed dress-up items for the engine, headers and such. And he drove it up until the early 1980s. The tags went out in 1982 and the car sat in his garage, just under 50,000 miles on the odometer, until the car was acquired for the Tim Wellborn museum. Outside of an incident that got the passenger door, the car lived a charmed life, and the car is officially unrestored…a matching paint door was sourced for replacement. 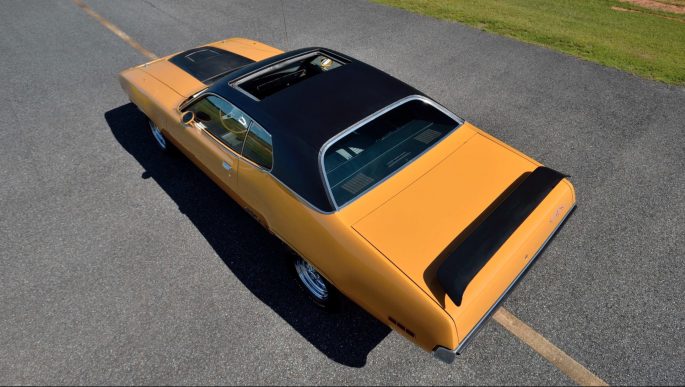 One look at the GTX and you know the car was loved from the moment the paperwork was signed. The paint glows like new, the houndstooth interior is stunning, and everything is in place as it should be. And that was without question on purpose. When we all started buying cars, those in leadership posititons freaked out because they knew most of us would wear them out in short order. Only a couple were babied. And that last one I knew of was traded in for a family car and a minivan. When you realize you’re alive, and you celebrated your return home, you are riding a high and coming down usually involves a hard bounce onto reality. For this Plymouth, though, the reality was so much better. Money well spent? Absolutely. 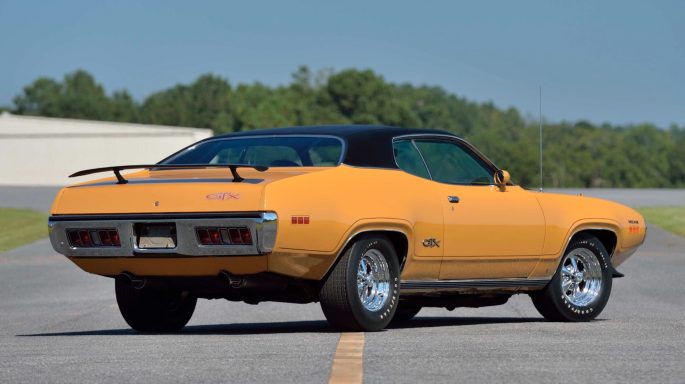 The Challenger Revival, Part 7: Patching Up The Perforated Floor Classic YouTube: Take A Look Back At The First Live Televised NASCAR Grand National Race In 1971!