Crash And Burn: Any Guesses As To Why This Maverick Wound Up Going Turtle? 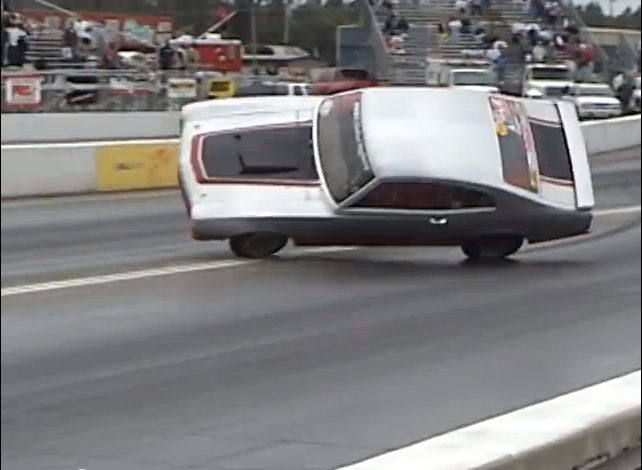 It’s official for the driver of this Ford Maverick: this day is gonna suck. Information is very limited on what actually happened at Memphis Motorsports Park late last year, but the video from Urban Hillbilly speaks for itself: On launch the Maverick torques to the right with it’s wheels up, heading towards the wall. The driver goes to make a correction and the car gets very loose, ultimately ending up rolling over once and rolling backwards into the wall. Did something in the rear suspension let loose? It’s very difficult to tell from the video. Did the driver over-correct? Possibly, but when the wall is rushing up quickly it’s hard to fault his moves. Either way, it’s another car down and probably a good time to go sit down and have a beer in a quiet place.

Yutaka Katayama, Better Known As "Mr. K." And The Man Who Brought The Datsun Z-Car To America, Has Passed The Quest To Find The Best Snow Mover Continues: This Tracked Case Monster Is Now In The Lead, Right?

9 thoughts on “Crash And Burn: Any Guesses As To Why This Maverick Wound Up Going Turtle?”