The Quest To Find The Best Snow Mover Continues: This Tracked Case Monster Is Now In The Lead, Right? 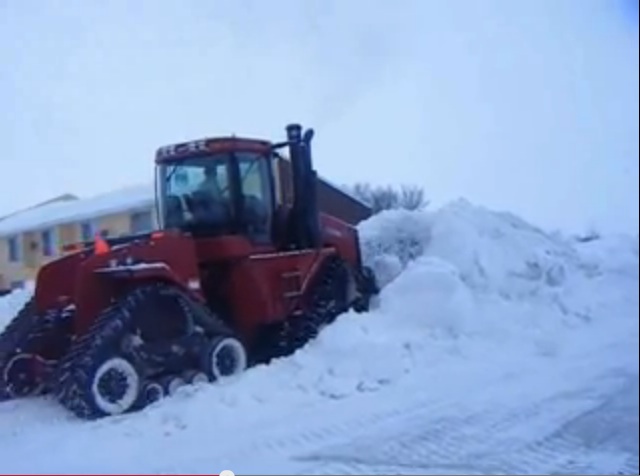 From fast tractors to monster snow blowers we have been bombarding you with cool mechanical ways to relocate the white stuff. Today we think we may have found the king of them all. This tracked Case tractor has a power blade, the looks of something that make the 10 year old in us gleeful, and the clear ability to push as much snow as you want as far as you want for as long as you want it to do so. Obviously the benefits of the tracks are very well known and have been since the Holt and Best companies started selling their crawler tractors in the early 1900s as well as military experiments prior to that. In modern times it takes something really good like the big Case tractor and makes it an unstoppable force. We think this one is cool because it doesn’t have a V-plow but rather a huge power angle job.

You guys who farm for the living or live in the Midwest may not be that impressed but know that the rest of us are! The tractor and the power it exhibits here are totally awesome.

Crash And Burn: Any Guesses As To Why This Maverick Wound Up Going Turtle? 1962's Duel In The Desert May Be The Best Old Chevy Propaganda Film Yet

2 thoughts on “The Quest To Find The Best Snow Mover Continues: This Tracked Case Monster Is Now In The Lead, Right?”