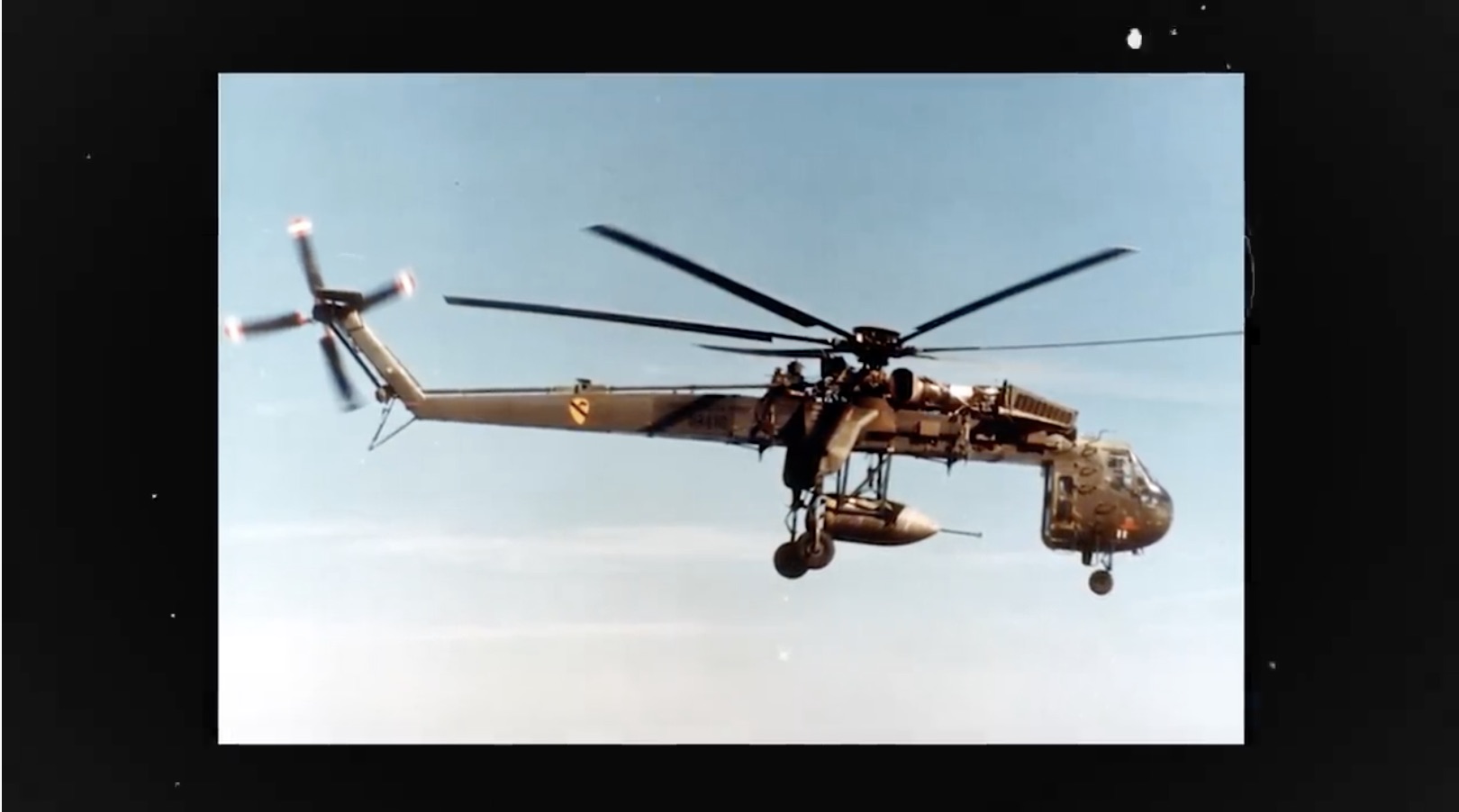 Those with an ear for helicopter engines can pick out certain noises. The wop-wop-wop of a Bell UH-1 Iroquois, for example, or the flat roar of an AH-64 Apache. One of the more distinctive noises goes to the CH-47 Chinook tandem-rotor cargo helicopter, which sounds (in this writer’s own opinion) like a gigantic chuffing Salad Shooter, always bashing the air into submission. The Chinook has been the backbone of military heavy-lift operations for decades, but prior to the two palm trees and one dumpster taking over that role, the Army used this beast: the Sikorsky CH-54 Tarhe. They’re huge…few other helicopters outright out-class it in size, and none could touch the specialized setup that made the Tarhe so useful. Capable of packing around 20,000 pounds of cargo like it was nothing, flying at 36,000 feet in level flight, or climbing like few other helicopters could dream about, the Tarhe was the Army’s go-to heavy lifter, capable of packing everything from wrecked helicopters to a BLU-82 Daisy Cutter. Until it’s ultimate retirement from the military inventory in 1991, the Tarhe was simply the biggest, baddest thing going.

Ever since then, the Skycrane has been involved in heavy-lift roles and more recently, as an aerial fire-fighting device, packing water, fire retardant or gel. It’s a weird looking thing, like a robotic dragonfly that stands four times as tall as a man. But effective? Few others can touch what the giant can do.

What Does A Chrysler 360 Need In Order To Rock? Check Out This Bit Of Dyno Work! 2020 Southeastern Chevy/GMC Truck Nationals: Square Bodies In The Sunshine

2 thoughts on “Daddy Long-Legs: The History Of The CH-54 Tarhe Heavy Lift Helicopter”