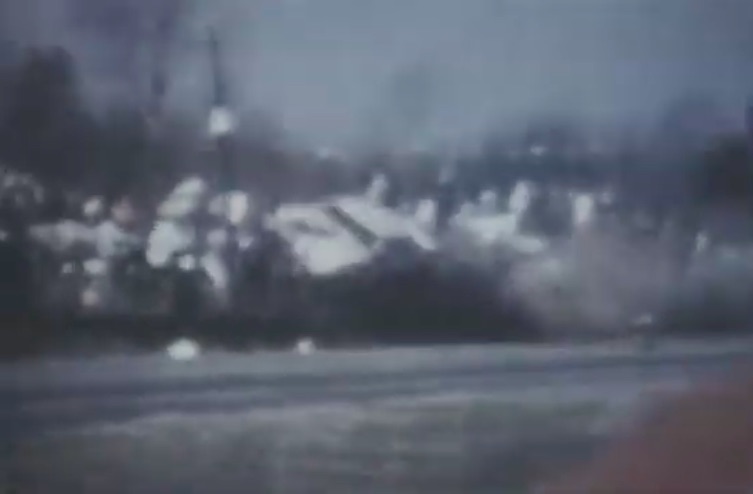 50 years ago the worst disaster in drag racing occurred at a little known, little spoken about track about 40 miles outside of Atlanta, Georgia. Yellow River Drag Strip was like so many places in drag racing during the 1960s. It was a very rustic track that consisted of scantly more than the strip itself, some chainlink fence, a couple of berms to give spectators an elevated video and a crummy public address system. It was the kind of place that had been outpaced by the advancement of the machines involved in the sport and the kind of place that people had been used to coming to for years without so much as a care in the world regarding safety. It wasn’t their fault as much as it was the complacency of everyone involved that allowed for what you will see below to happen.

On that March day in 1969 Houston Platt and Frank Oglesby were match racing their crude, early funny cars and the place was jammed with an estimated 5,000 spectators. As you will see below, Platt’s car gets out of shape at the end of the run, likely at a speed between 160 and 180mph before turning left, climbing the embankment and basically running straight into the crowd.

11 people were killed at the track and a 12th died in the hospital days later. Upwards of 50 more people were seriously injured and the ensuing panic at the facility made it largely impossible to get ambulances in to help those in grave need of it. Spectators took to loading the wounded in their cars and hustling them to area hospitals, some as far away as Atlanta.

The story made national headlines and was covered by the major news gathering organizations of the day. It painted drag racing in a horrific light.

Read the AP story on Yellow River from 1969 HERE

But here’s the thing. 1969 was the television age. It would be only months later that the world would watch people walk on the moon. To this point in history the only people who ever saw what happened at the track were spectators or viewers of a fairly short-lived news program on NBC called “First Tuesday”. This was the network’s attempt to take on 60 Minutes, the preeminent news magazine show of that age and it’s name indicated its air schedule. The first Tuesday of every month.

Somehow, they got a copy of the tape below and aired it with a voice over describing the scene and what happened. Obviously a fan shot this video and while its quality is suspect, the fact that we are seeing anything from the day is simply astounding.

The person who posted this video on YouTube said that it only exists as as friend’s father would record various segments of news programs at that time (We’re guessing the guy was an A/V buff to have that tech 50 years ago) and living in the Atlanta area, this segment stirred his interest. As best we know this is the only existing footage of the Yellow River Drag Strip that has ever see the light of day.

A nearly incomprehensible disaster in today’s day and age and the sport’s darkest day by any measure.