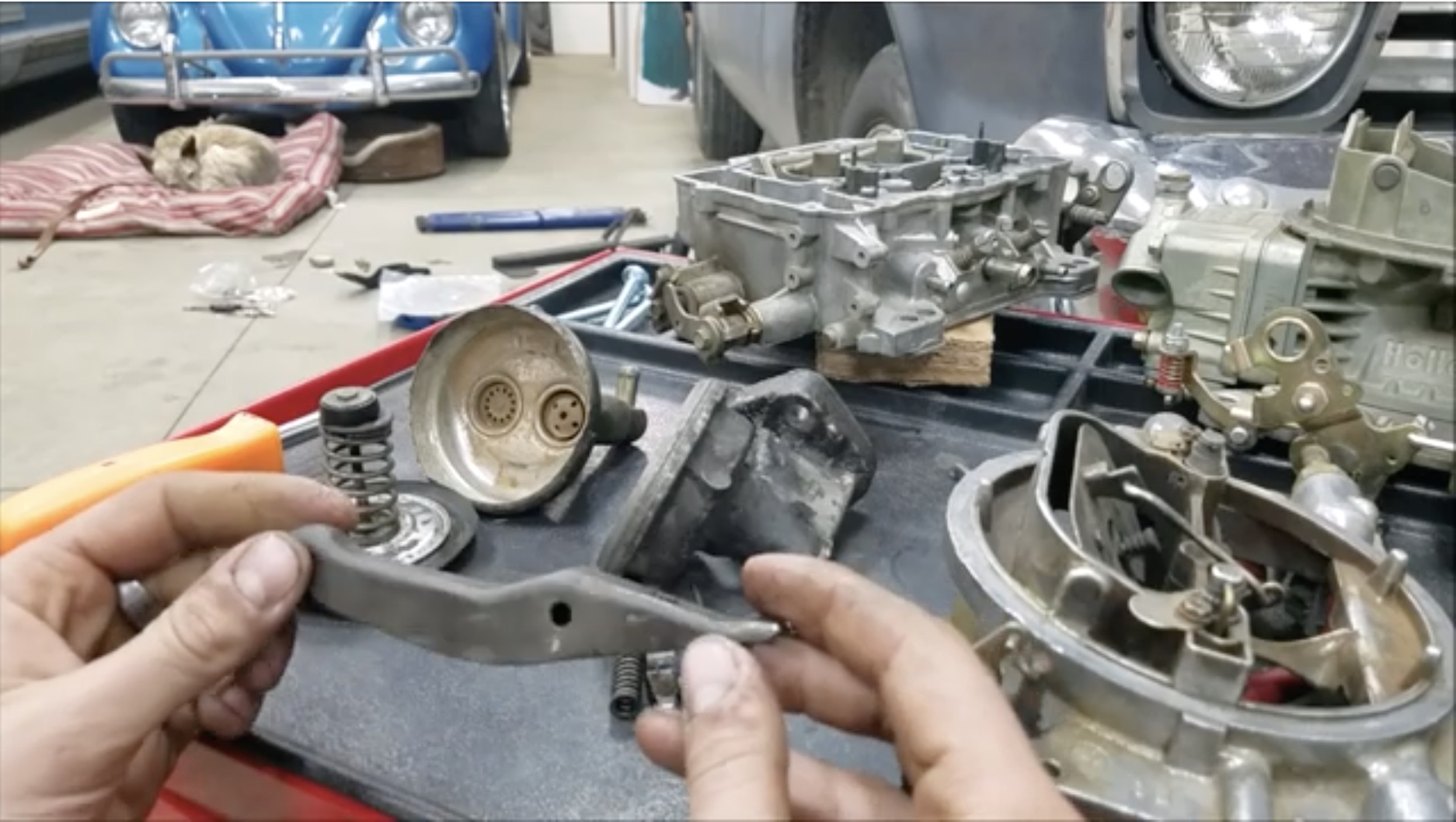 It’s taken a couple of days and more cleaner than I’ve ever used in my lifetime on only half an engine, but it appears that the “melted ice cream” sludge that coated everything within the Rough Start Mustang’s 302 has (finally) been cleaned up. What actually caused the contents of the oil pan to turn into the world’s most messed-up Jello Pudding mix? My best guess is that a boatload of raw gasoline managed to bypass the Weber-built 1406 four-barrel and got properly churned during one of the engine test runs before it was yanked out of the SN-95 Mustang it arrived at my house in. In all honesty, I’m lucky that the engine didn’t frag itself. But what caused the mess in the first place? Right now, I can’t tell you. All I know is that I’m breathing a sigh of relief and I’m chomping at the bit to get that engine finished. It isn’t the first time I’ve had fuel pump trouble recently either. Last year, the cam eccentric that drove the lever for the fuel pump on the Imperial’s 367ci backed out of the camshaft, wreaking seven shades of hell and setting the build back at least a month while I scrambled to figure out why the engine went from running to not running after a shakedown cruise. Different story, but still the same worry and focus: did the engine fuel-starve, or did it drink itself to death? What happened?

The mechanical fuel pump is anvil-simple. Think about one of those old-time water pump handles: pump handle up and down and water will appear. Same story for fuel, scaled down. They’re cheap, they’re pretty robust, and they get the job done…if they are in proper working order. What happens when they aren’t? Well, Luke recently learned what could happen when the pump on his Ford F100 started hosing fuel onto the exhaust manifold from the pump. So, in case you wanted to know what was happening inside of that $15 parts store fix, here’s a dissection into the mechanical fuel pump.

Muscle Wagon: Americans Seem Destined To Perpetual Annoyance Over The Lack Of An Audi RS4 Avant In Showrooms Drag Racing Update Video: What Happened In Drag Racing Last Week? More Than You Think!