Fire For Effect: This Land Rover LR3’s Days Come To An Abrupt End! 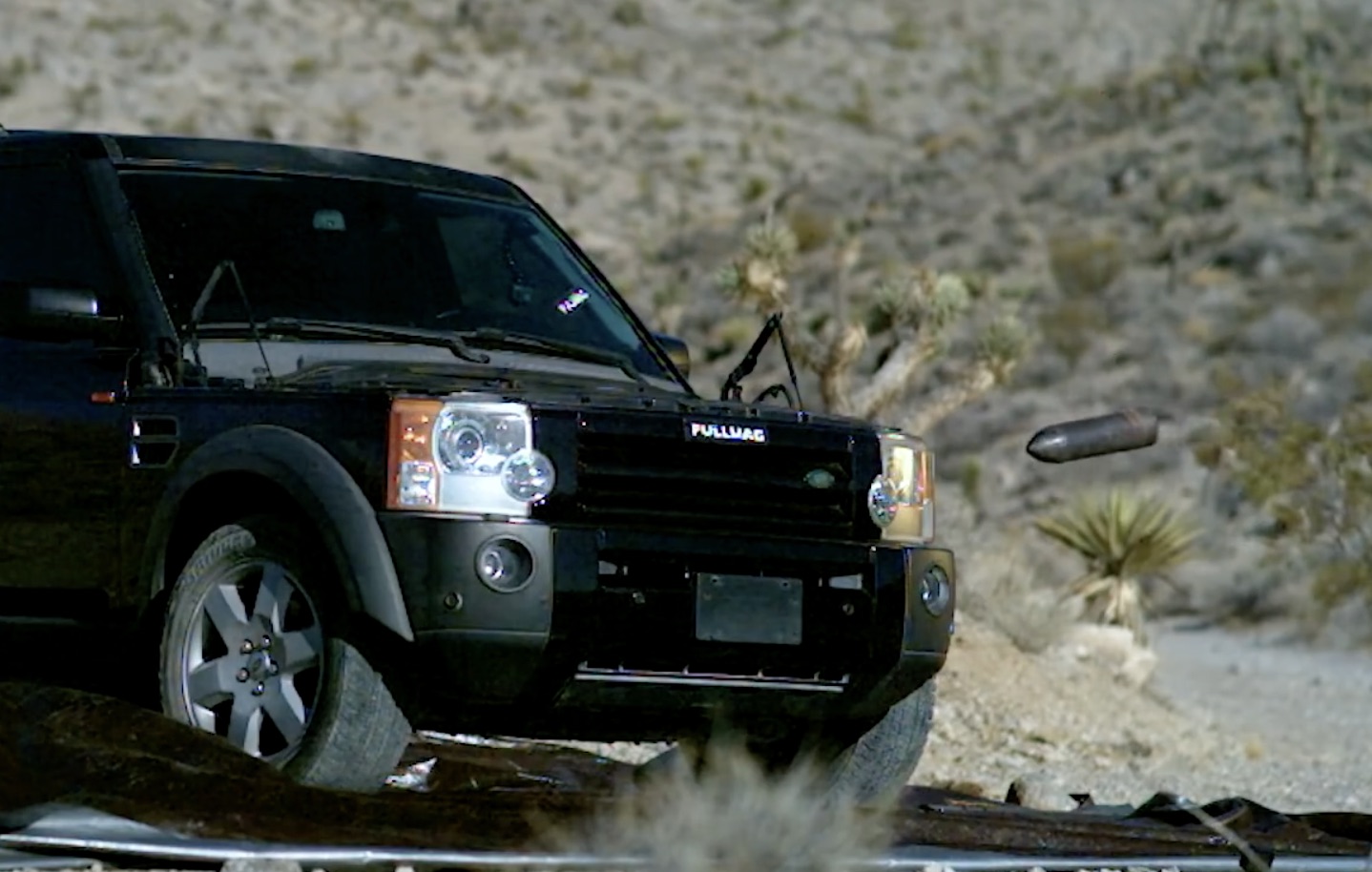 I’ve made two vehicles die unquestionably violent deaths in my time. One was a Chevrolet CUCV that caught a grenade from an M203 grenade launcher during basic training, and the other was the worn-out GMC stakebed truck that wound up getting a thermite tune-up from the top down. I’ve also seen what all sorts of weapons do to vehicles, from handgun rounds through your average everyday car to what a Hellfire missile can do to a Russian BMP infantry fighting vehicle. Even the most up-armored vehicles can be killed when the word “tank” comes into play, however. A 105MM round is going to do a bit more than leave a small hole in the sheet metal, folks. That’s pretty much the end of the day for whoever is the unlucky soul at the other end of the barrel.

Luckily, nobody will be inside of this Land Rover LR3. Unable to pass smog and economically irreparable, the Land Rover has only a couple of options: some poor sucker that can’t stop spending money on repairs, the crusher, or something more fun that involves an M-60 Patton tank and a 105MM M27 recoilless rifle.

This 1970s Formula Vee Promotional Film Is Brilliant - The Class Continues Strong Today! This 1970 VW Type 3 Is A Forlorn Bonneville Project That Needs To Be Finished

2 thoughts on “Fire For Effect: This Land Rover LR3’s Days Come To An Abrupt End!”