Handbuilt By A 17-Year-Old, Driven More Than It Should Have Ever Been And Restored By Everybody’s Favorite Rich Car Guy: The 1931 Shotwell! 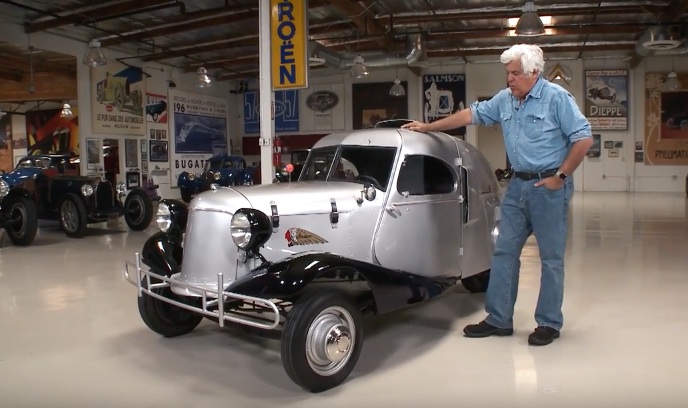 Here’s a fun question: what were you doing when you were seventeen years old? Give it some thought. I’ll speak for myself: I was already moved out on my own, with a car and a full-time job that was needed after I managed to get expelled from high-school (don’t worry, I pleaded my way back in and graduated!) Was I creative? Yep, in many things: musically, artistically (so I thought), and when it came to dreaming up what to tell my girlfriends’ parents regarding our latest curfew transgression, I had no equal. But when it came to mechanical ability…meh, not so much. I’m not saying I was bad, but compared to one Mr. Bob Shotwell, I was as mechanically inclined as a three-year-old with a My First Wrench set. I say that because it’s true…the car you see here is Mr. Shotwell’s own creation, a kit bash of junkyard Ford parts, an Indian motorcycle engine, and quite a bit of time and labor went into creating this three-wheeled beast. It’s a proven concept…Morgan still builds a car similar to this, and Polaris and Can-Am have similar variations. The funny part of it all? It was dead-nuts reliable. Would you be willing to drive the car you built by hand in your backyard out of random parts to Alaska?

Jay Leno got the car after Mr. Shotwell offered it up for free, provided Jay would restore and keep the car. And in usual Leno form, the Shotwell car has been restored to a high degree and is driven. It’s not a perfect design…you will get to see that first-hand in the video…but that is just a testament to the basic being of an automotive enthusiast: things happen. Fix them and move on!

4 thoughts on “Handbuilt By A 17-Year-Old, Driven More Than It Should Have Ever Been And Restored By Everybody’s Favorite Rich Car Guy: The 1931 Shotwell!”