Historical Footage: A Teenager Learns How To Get His Act Together In “The Cool Hot Rod” From 1953

May 29, 2020Bryan McTaggartHISTORIC, VideosComments Off on Historical Footage: A Teenager Learns How To Get His Act Together In “The Cool Hot Rod” From 1953 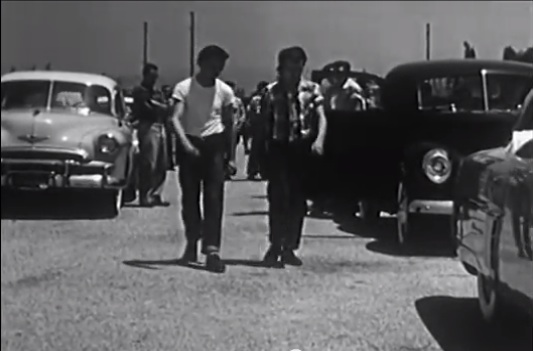 Long before the the big money, show fields, and the majority of the drag strips, the traditional hot rod was seen in a much darker light. Considered a menace to society, it was the folly of teenagers and adults returning from war who had a taste for speed and the mechanical know-how to build a fast car. By taking an older roadster like a Model T or Model A Ford and working it over, they could make them fast, but the stories soon started to spill over: tales of teenagers with death traps for wheels racing at all hours of the night, hitting speeds so fast that the cops had trouble catching them, and of all things, the women who were getting involved with such a rowdy crowd. The police took note and politicians took every chance they could get to shut down the racers before somebody’s daughter died or another pedestrian got ran over in a crosswalk.

It took the concentrated effort of hot rodders themselves to change the attitudes and perceptions of the public, which is where you have the development of such sanctioning bodies like the NHRA. In order to turn the tide of public opinion, films such as the 1953 clip “The Cool Hot Rod” were made and distributed. “The Cool Hot Rod” tells the story of Bill Bowers, a transplant to California who symbolizes everything that suburban America perceived the typical hot-rodder to be. With the help of a friendly Inglewood police officer, Bowers is set on the right path after linking up with The Knights, a self-governing car club that focuses on safety and creating a positive social presence in the community. You have the cars, the lingo and early 1950s drag racing all in one shot in this trip back in time…it’s like an episode of “Leave It To Beaver” with Stromburgs! Click play below to see the positive side of hot rodding in the early Fifties!

Meziere Enterprises Safety Lock Radiator Cap Should Be Mandatory Equipment On Every Race Car Shut Up And Take Our Money: This 1974 Datsun 620 Pickup Truck Is A Lil' Green Dream On Slot Mags!