Shut Up And Take Our Money: This 1974 Datsun 620 Pickup Truck Is A Lil’ Green Dream On Slot Mags! 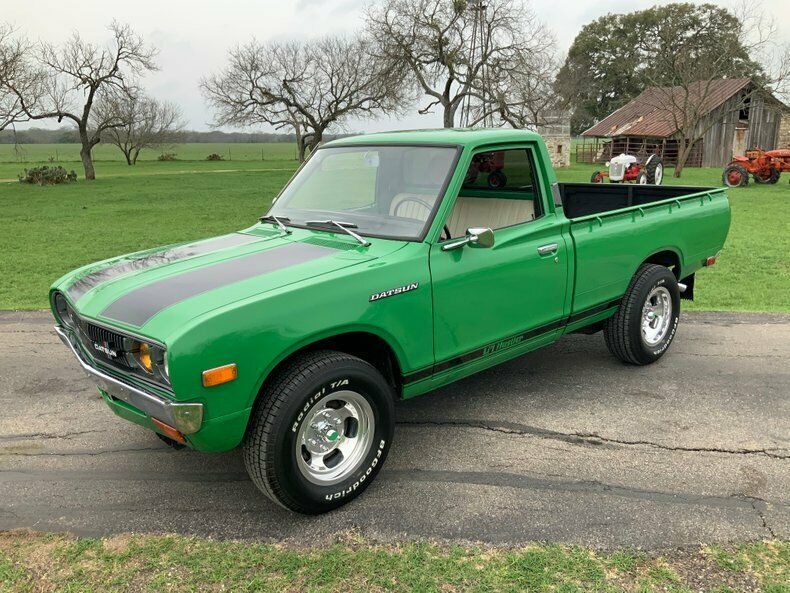 As the popularity of 1970s Japanese cars and trucks continue to skyrocket, we’re always surprised when we’re able to run into a machine like this 1974 Datsun 620 pickup truck. Why? Well these things were like stealth vehicles for a long time. You never saw them, heard people talking about them, witnessed them at shows, etc. Now? Now they jump off the page and capture our hearts and make our wallets sweat. The particular truck is so freaking cool we can hardly stand it. Oh, and before you ask, all the Datsun 620 trucks were known and sold as the Li’l Hustler models. That’s why this one has a tape strip with those words on it.

With a payload capacity of about 1,400lbs, a four speed stick, and a 1.6L inline four, these small trucks must have seemed so bizarre to people in the 1970s when the idea of a “small” pickup was just the half-ton offering from Ford, GM, or Dodge. As it would turn out, there was a market that never knew they needed these little trucks and when they saw them they were snatched up and used to death.

The touches on this truck make it so great. From the amber tinted fog lights to the factory Kelly Green paint and the polished slot mags, we’re just in love with every inch of the truck. The 620 model was made from 1972-1979 and made in strong volume. There just aren’t a lot of them kicking around anymore. This could be the nicest one in the country.

Does the front end remind anyone else of a classic 1970s Toyota Celica or is that just us?

eBay: 1974 Datun 620 pickup is the nicest one we have ever seen and the slot mags rule! 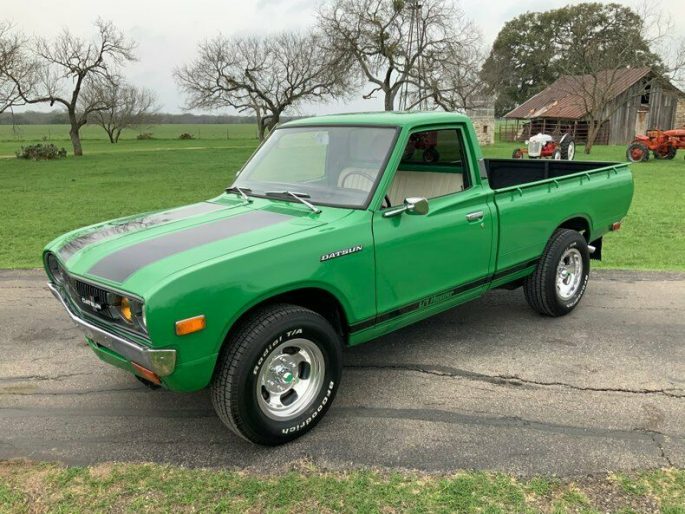 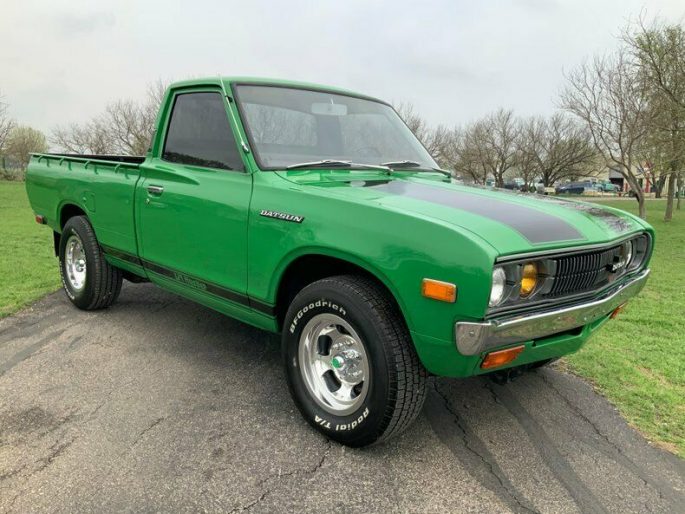 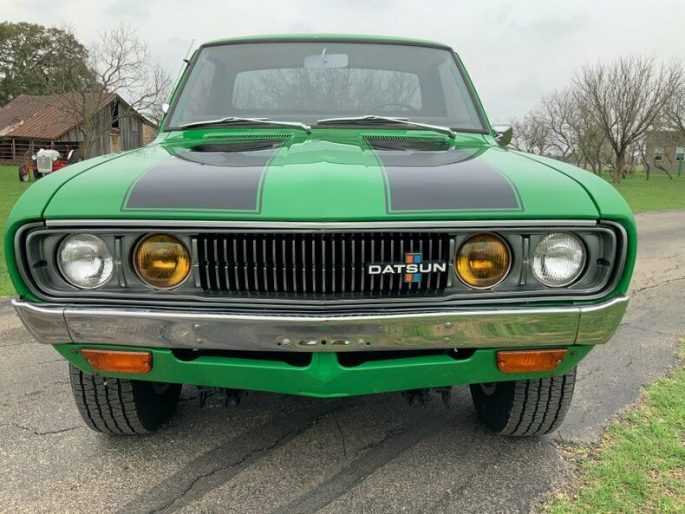 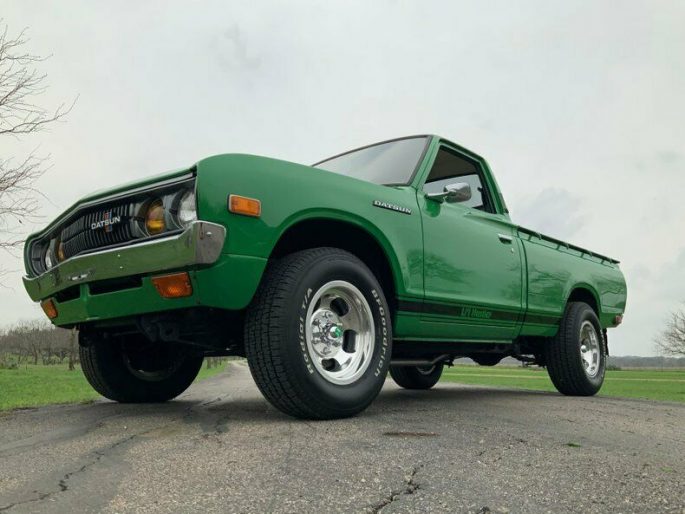 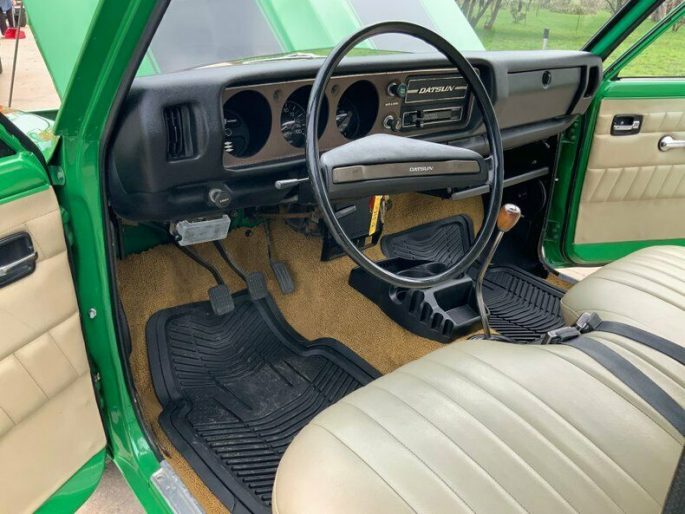 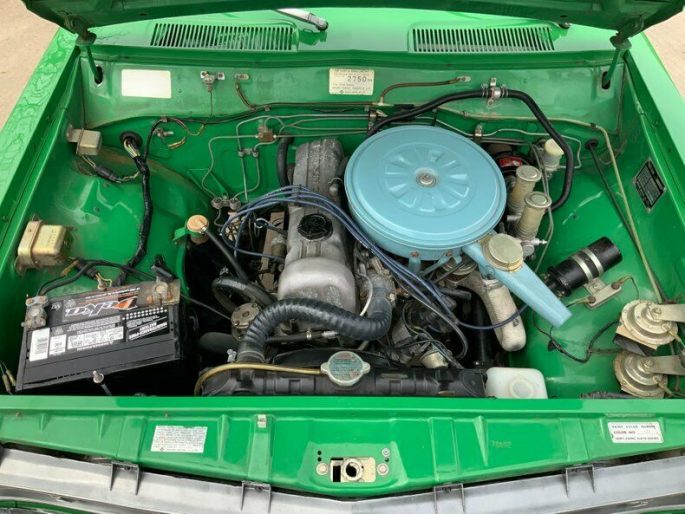 Historical Footage: A Teenager Learns How To Get His Act Together In "The Cool Hot Rod" From 1953 Restoration Video: Check Out The Awesome Process and Involved Work In Bringing Back A 1910-era Mechanical Saw Blade Filer