Hot Garbage: 700 Horsepower Worth Of WTF On The Burnout Pad!

Feb 20, 2020Bryan McTaggartRACING & ACTION, VideosComments Off on Hot Garbage: 700 Horsepower Worth Of WTF On The Burnout Pad! 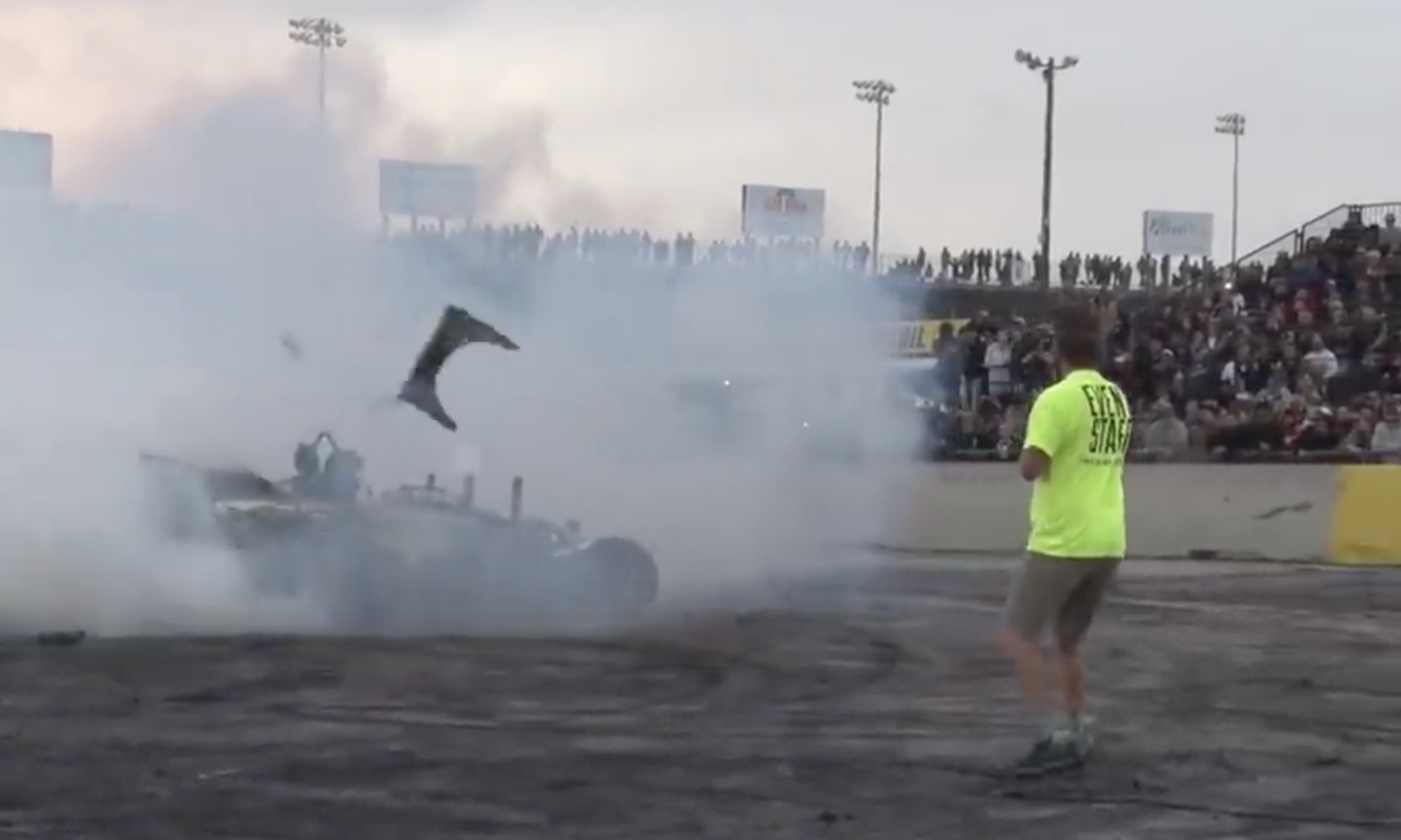 There is no shortage of “WTF?!” in this video. None whatsoever. The only thing that makes sense at first glance are the 1980s Camaro wheels on it. After that…center-steer with the linkage going where a windshield should have been, twin turbochargers, the intercooler mounted like a ’34 Ford’s grille, tailfins and tacked-on fender “flares” that are repurposed front fenders. Did you ever see the episode of The Simpsons, where Homer learns he has a brother who runs a car company? Dude lets Homer design his own car and somehow, aged it fifty years and turned it into the kind of thing that looks like the next cover car on a Twisted Metal video game cover. All this thing is missing is a pair of missiles on extended pods and machine guns.

What it is, exactly? The remains of a old Toyota Corolla, a monster of a Honda J-series V6 like you’d find in an Acura CL or TL that is sporting twin hairdryers, and a driver who has exactly zero fear whatsoever. The driver is Brent from PFI Speed and that engine is a 700+ horse freak of nature that will get down and boogie in a featherweight contraption that was only designed to destroy tires…and to trigger every safety-minded professional in the country.