If You Have Missed Any Of The Hoonigan Caster Car Volvo Build, Check It All Out Here

Mar 31, 2018Chad ReynoldsCRASH & BURN, FUNNY STUFF, VideosComments Off on If You Have Missed Any Of The Hoonigan Caster Car Volvo Build, Check It All Out Here 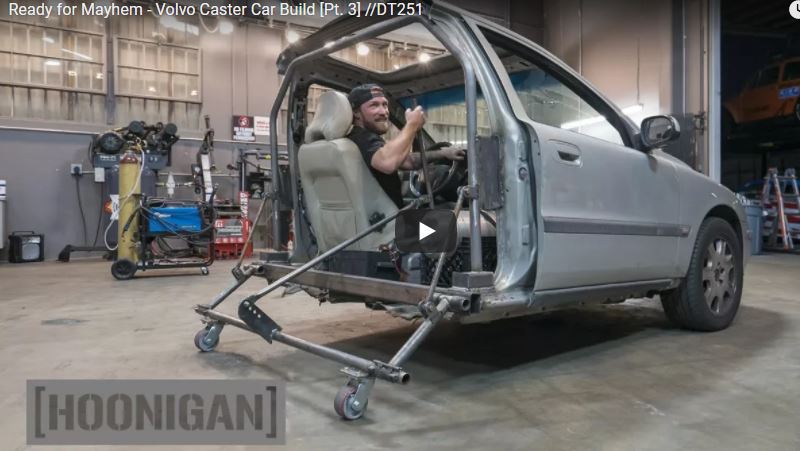 The Hoonigan crew is clearly known for being a bunch of weirdos, but they are our kind of weirdos, and that makes them ultra fun to watch and hang out with. When they decided to cut the back half off of a Volvo, nobody in their right mind thought that was wrong. And when they started playing with said cut up Volvo, again nobody would have griped. Now that they have reached part three of their video series on this bad boy I am loving every minute of it and want to drive this F’ing thing so bad I can taste it! I actually called on a $300 front driver earlier today because I have dreams of doing this myself. Can you imagine the mayhem possible with say 4 of these running around in circles at the Hoonigan shop? Yeah, it would be a riot.

This 1991 Ford Mustang Is Brilliant! Do You Need A Rally-Style Fox Body In Your Life? This 1955 Chevy Gasser Speaks To Us And We're Pretty Sure It Speaks To Anyone With Earshot As Well