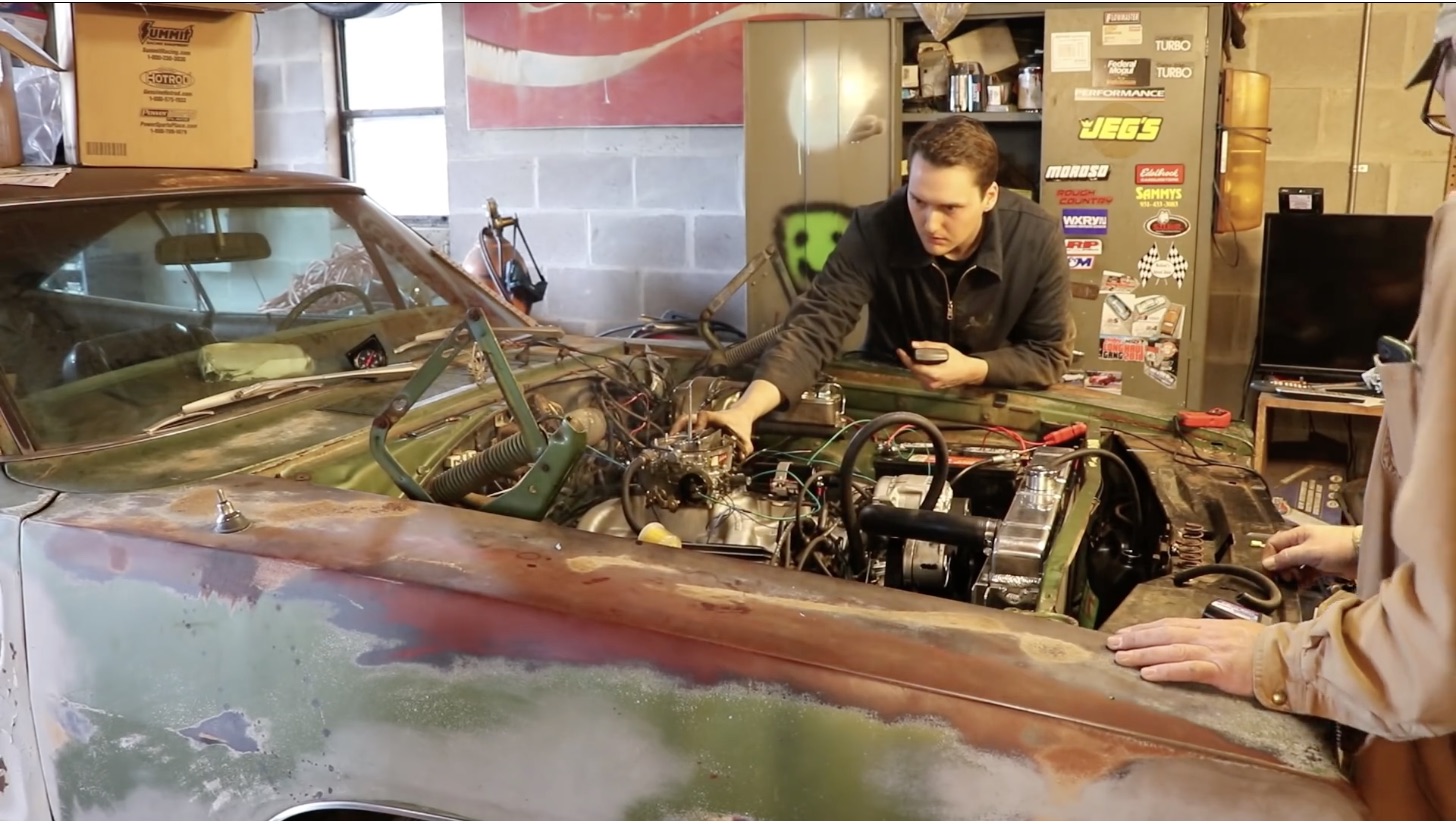 If there is one moment of trepidation for any novice builder, it’s the first fire of a new engine. It’s a 50/50 gamble…either everything will be okay or everything will go straight to hell, no questions, no qualms. During the build you go over every last possible detail to mitigate the risk, but the second you’re ready to wake up the engine for the first time, I don’t care how accomplished you are, there’s still a bit of hesitation. You can freak out over every last possible outcome, fret for your camshaft and lifters all you want, but sooner or later you just have to hit the switch and hope for the best. And if all goes to plan, then it’s time to celebrate. You’ll happily fix an oil leak over knowing that your camshaft is flatter than a desert road in southern Utah. You won’t care one bit about your neighbors complaining because your car is barking straight out of the headers. In fact, you’ll let that noise fly with pride…soak it in, Jerry, my car is running again!

We’ve been watching Dylan McCool progress with the build of this 1969 Dodge Charger and he’s finally gotten to the point where it was time to fire off the iconic Mopar’s freshly rebuilt 440. It sure sounds happy and healthy, and while there’s a couple of small details that need to be addressed, we’re sure he’s planning for what he will do with it later this year!

New York's Lancaster Dragway Future In Limbo - Owner Vows To Sell Facility, Will Not Reopen For Racing Without New Ownership Ever Wanted To Know More About A Monster Truck? Take A Walk Around Son-Uva-Digger!

One thought on “It Lives! Dylan McCool’s 1969 Dodge Charger Has It’s First Fire!”