Let The Beauty Shine Through: Scrubbing The Ugly Off Of A Muralized Dodge Ramcharger 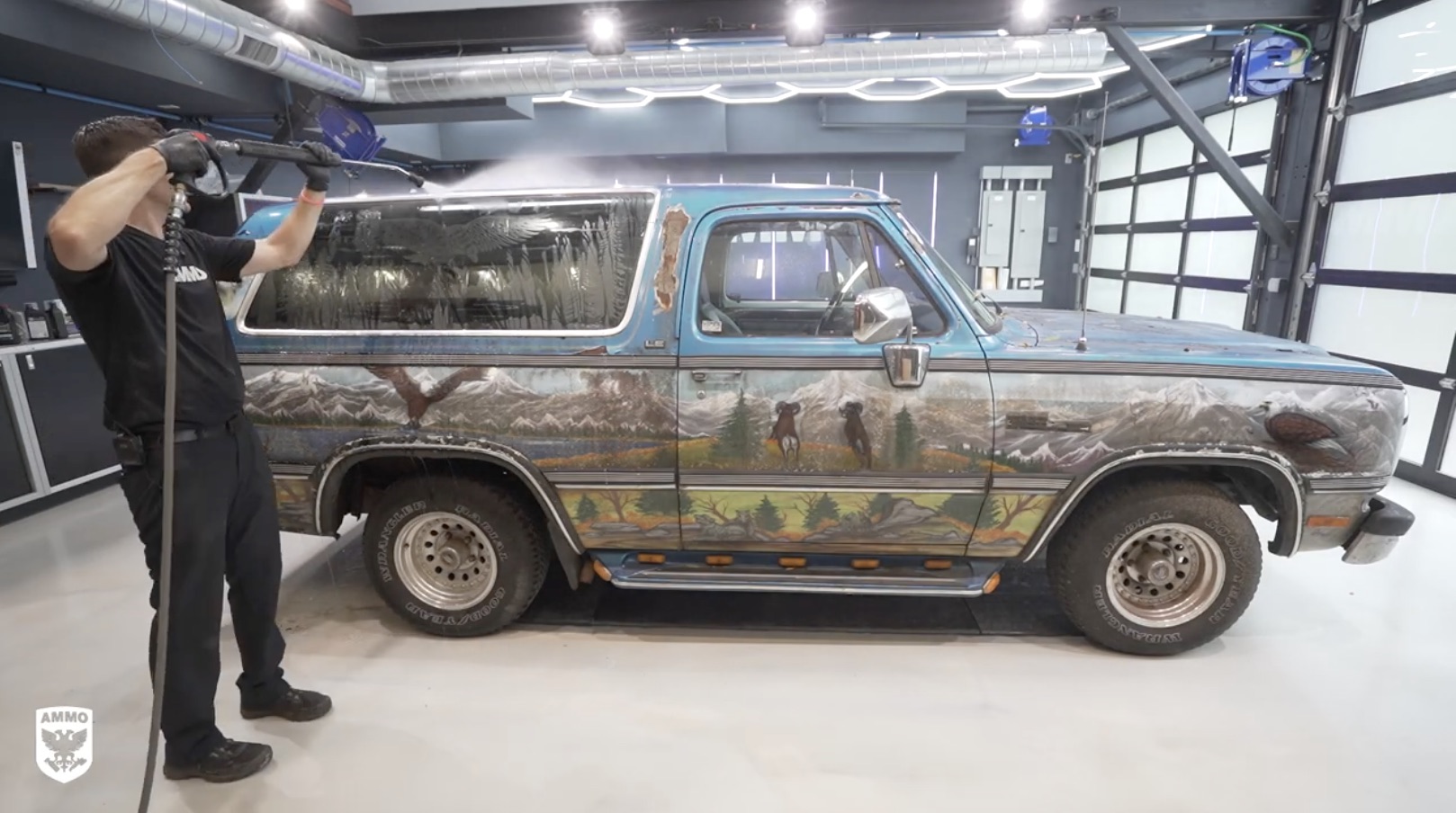 One thing that I always wondered when I was a kid, reading Sport Truck and other magazines in the 1990s, was how all of these vehicles that had gotten these radical, super-detailed paint jobs were going to hold up over the decades. They looked great in the articles, for sure…usually because the paint was dripping fresh and detailed to the nines before the photo shoot and because the rig had been sitting in a trailer out of the elements until moments before it was time to call the photographer in. But what happens afterwards? There’s a halo time where the vehicle is still babied but usually, sooner or later, it reverts to a driver status and in some cases, they wind up as the four-wheeled equivalent of a celebrity who has hit rock bottom and has asked to borrow a jackhammer.

This later-model Dodge Ramcharger had to have been a knockout when the paintwork was finished up. How much did that paint cost? Actually, don’t tell me, I don’t want to know. This truck had been sitting for years outside, sinking into mud, just left alone. The clearcoat is peeling, the interior is…well, we’re pretty sure you can imagine what the smell must’ve been like, and if something went wrong, the mural would look like the Ecce Homo fresco, after the restoration attempt that went seven shades of wrong back in 2012. A delicate touch is needed and a proper detailing is a must if this Ramcharger is going to drive across the country. Here’s the process, in all of it’s glory!

One thought on “Let The Beauty Shine Through: Scrubbing The Ugly Off Of A Muralized Dodge Ramcharger”