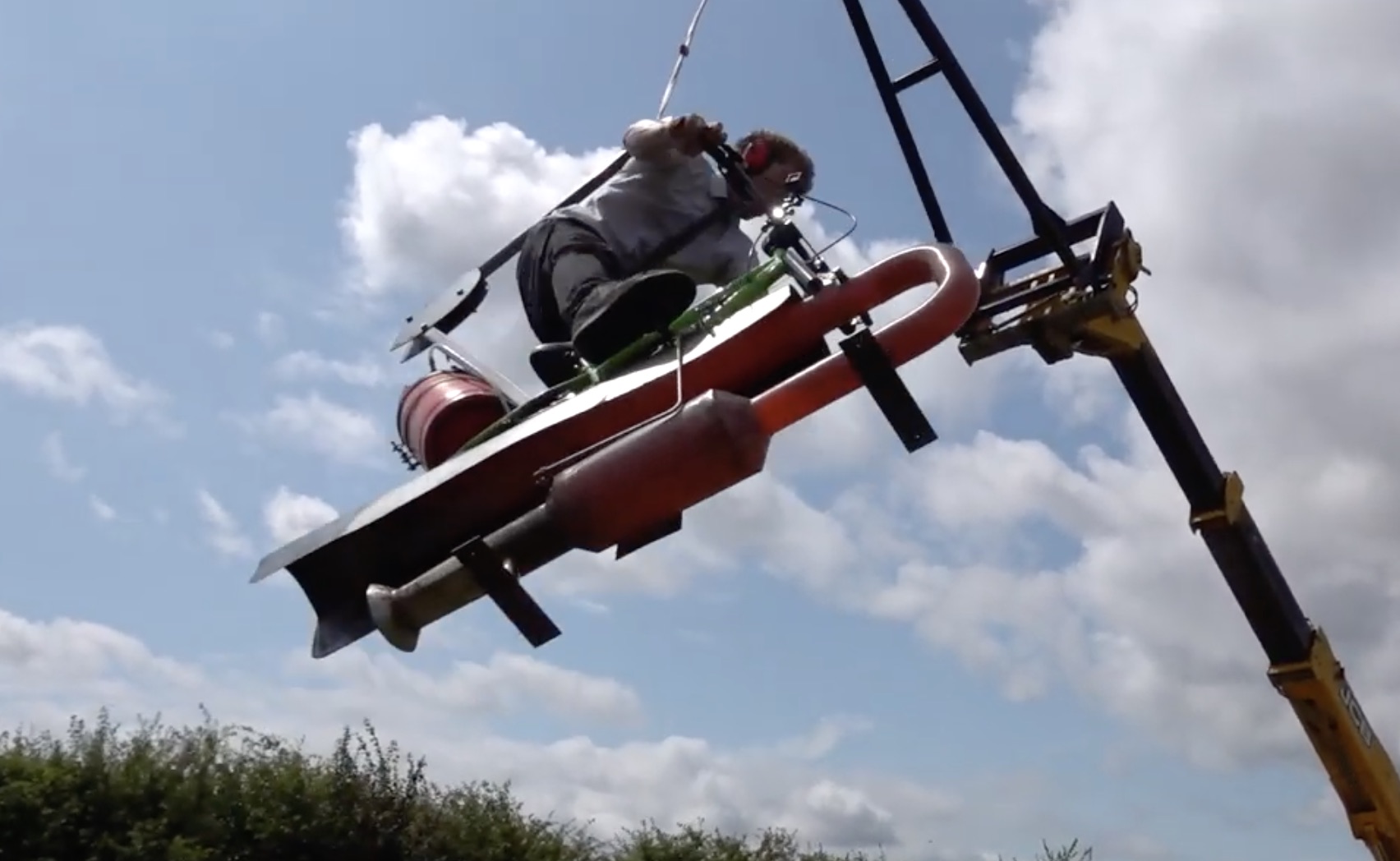 While we’re not that familiar with how health and life insurance works in the U.K., we do have to wonder if anyone within the insurance system understands just what it is that Colin Furze actually does for a living. We’ve shown you plenty of his builds and antics before, but even by his own standards, this one is a peach…and remember, folks, this guy built a Tuk-Tuk that had enough weaponry on it to qualify as a light assault vehicle. One of his favorite garage projects is a pulse jet, and this time around he’s decided to utilize one as part of a diagnosed manic’s version of a swing set. You see that glowing horseshoe of pipe that’s connected to your typical propane tank? That’s a pulse jet, and yes, it’s as hot as it looks. And that green thing that the mental patient is riding on? That used to be a perfectly good bicycle. But what about everything else? Well…in order to make this all work, Furze has the contraption swinging off of a JCB’s boom lift while it’s at a good extension.

See what we mean about worrying about this man’s coverages? Considering how many times he very nearly got to test the insurance system out just while trying to start the pulse jet, some major-league BS-ing had to have happened in order for someone in an office in London to sigh and stamp “approved” on his paperwork. Here’s hoping that they never find out what YouTube is, because we want Furze to hang around for years to come…and because we know that if he grins and mentions something about a good idea, that the paramedics should probably be on standby.

Russian Fun With A Kenworth: Tow Challenges All Around! Nitro Of Another Kind: This Hill Climb Bike Sounds Angry On A Full Load Of The Good Stuff