Midget Of The Corn: This MG Roadster Revival Is Off To A Flying Nope! 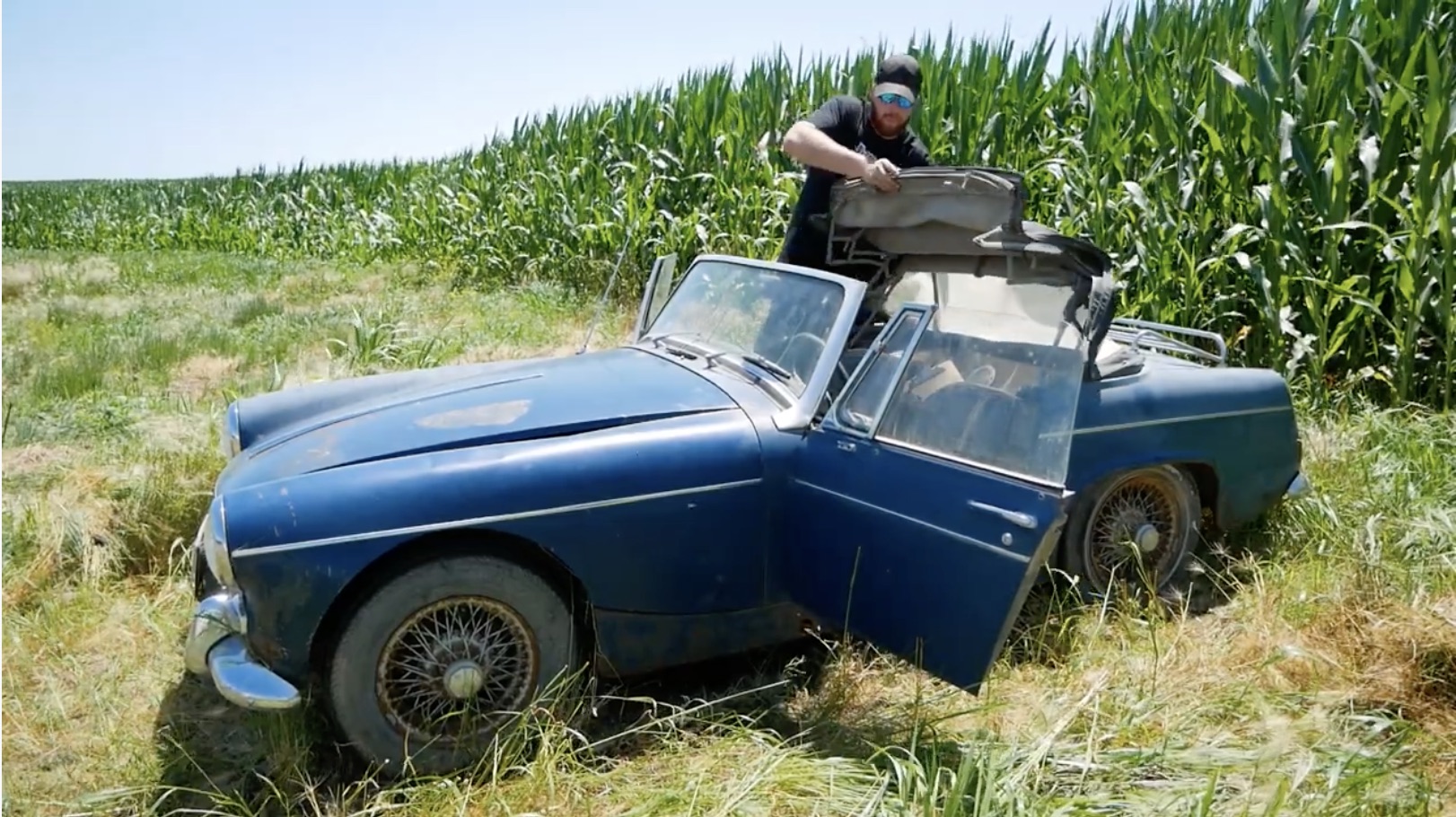 It’s a legitimate fact: the line between somebody’s yard and a field of corn is filled with tall grass and junk. I know…at the far end of BangShift Mid-West is a stand of ragweed plants that grow to ten feet tall, ivy vines that just won’t die, the random pumpkin plant from the jack o’lanterns we made when we moved in here about five years ago, old garden brick chunks, and whatever the wind blows into our yard. This year I’ve been hell-bent on cleaning up that section of the property line. My weed-eater has begged for mercy, my father in law’s tractor has been a big help in taming the ragweed and I’m pretty sure I’ve cleared out the brick and rocks. It’s been a chore, made even more fun by the heat and humidity, but it’s been rewarding.

My reward? Cutting back on an allergen-producing plant that has the drug interdiction helicopter teams wondering if I’m growing something besides cucumbers and watermelon in my backyard. Kevin’s reward for helping clean out a fellow YouTuber’s edge-of-field section? A 1973 MG Midget that was shoved outside and ignored for…well, here’s the timeline: sometime in 1978, the car was parked because it was “unsafe”. A few months ago, the car was removed from it’s indoor parking spot, was left outside and now that it’s had time to gain a few bowls of old car soup, a legitimate layer of rodent crap, and a carpet of grasses hiding it from the world, Kevin gets the fun tasking of bringing the MG back to life.

This is part one of the series that should end with this little Brit roadster awake and moving again. That’s the long-term goal. The short-term goal is to fill the coffers to send his ShopVac in for therapy after drinking the most rank-assed sludge we’ve ever seen out of the MG’s passenger side. Please, any donation will be welcomed. No ShopVac should ever be treated like that.

Meet Colonel Senders: Grind Hard Plumbing Co.'s 100 Horsepower Off-Roader Is Done! Take It All Off: Stripping The Patina'd Paint Off Of The Valiant Wagon

One thought on “Midget Of The Corn: This MG Roadster Revival Is Off To A Flying Nope!”