Flyweight Freak: This Morgan Has A Fourth Wheel, A Wooden Frame, and One Gutsy Driver 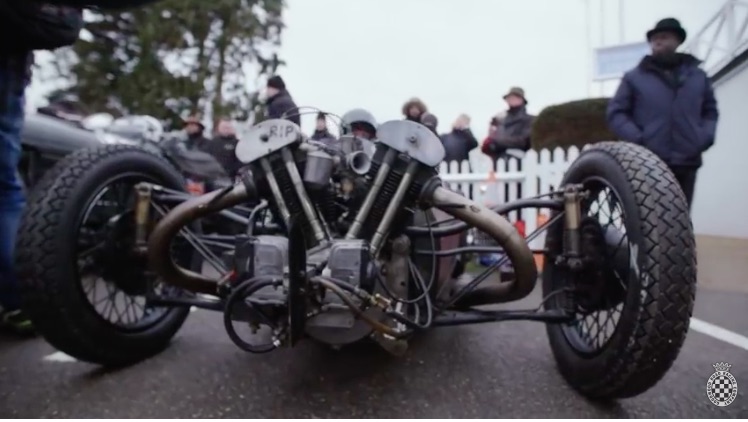 We’ve kind of lost the word “special” when it comes to racing in all forms. For decades, something that was custom built, different, one off, or downright strange was labeled as a “special”. Look at all the old Indy roadsters that had cool names ending in Special. Bonneville cars, drag cars, all of it. But what does it mean? This video gives the most awesome and basic showing of a “special” that we have ever seen. You are about to see the profile of a strange and Banghifty road racer that was run at (and has been run at for many years) Goodwood last year.

A Morgan front end, with its exposed V-twin engine and a GN back end with two wheels instead of one is bridged by a traditional Morgan wooden frame that is skinned with a fabric body. The car has a two speed transmission, no rear brakes, and a cockpit that looks like it came from a WWI fighter plane.

The neat thing about this video is the pure educational value of it. We would never have known what all went into building this thing if we did not watch it. Yes we could have identified the Morgan nose, because who wouldn’t. Not that much stuff was built with the engine literally lagging the way. After that we would have missed all of the neat mechanical craziness that went into building this car.

How is it to drive? Watch the video and see this little flyweight freak on the track, acting like it looks, which is kind of weird! A neat car and a neater story.

One thought on “Flyweight Freak: This Morgan Has A Fourth Wheel, A Wooden Frame, and One Gutsy Driver”