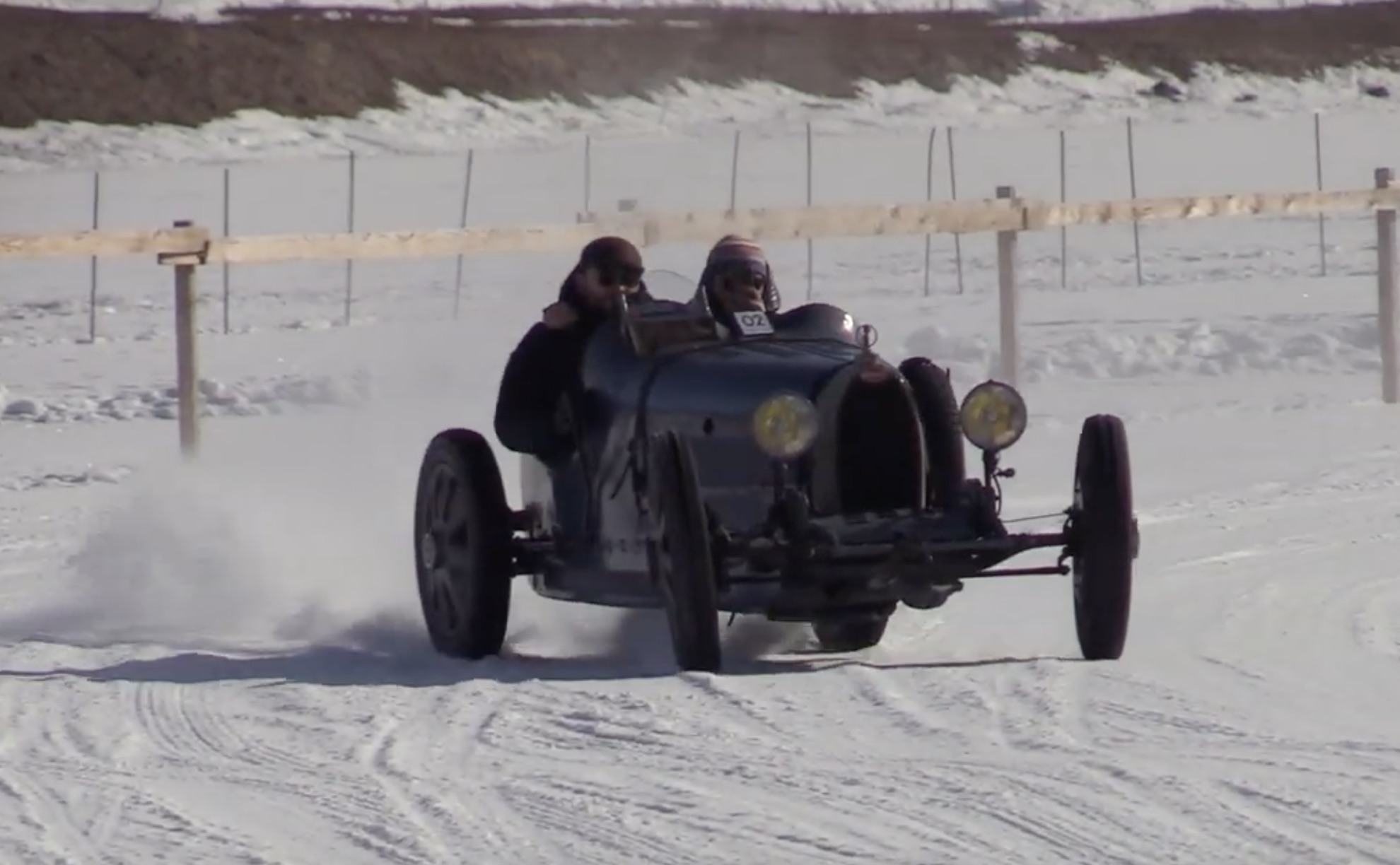 The car’s natural place is on asphalt. They drive on it, they race on it, they rest on it. That’s why photographs of a vehicle on any surface that isn’t asphalt catches the eye more. It isn’t everyday that you see a car throwing roostertails of mud and gravel through a path in the woods, but when you do you get the sense of the speed and power that is being put on display. It isn’t everyday that you get to see an automobile parked on the salt pan, with nothing in sight for miles, but your eye has nothing else to focus on so you start picking over the fine details of the vehicle. But snow? Well…that’s a little bit of Column A and a little bit of Column B to be honest. Parked on smooth, clean and groomed snow, your eye focuses on the color, the shapes, the details. Being driven, and you get the sense of majesty and power…not like dirt, for sure, but if the driver has the right skill set you can still get a great sensation of what the vehicle is capable of.

This is footage from the first International Concours of Elegance St. Moritz in Sankt Moritz, Switzerland and off the bat, the first things we notice are supercars and some of the upper-crust offerings parked directly on the snow. Never in my lifetime would I have expected to see a Ferrari 365 GTB/4 Daytona in those conditions. Never would I expect to see a Lamborghini Countach struggling to gain some semblance of traction on takeoff, or see a Lamborghini Miura anywhere near the stuff. And nobody in their right mind would actually go play in the stuff in a Blower Bentley, would they?

Oh, they would. And bless them for doing so.

Money No Object: 1978 International Scout II - As Good As They Get! Rough Start: Hunting For A Holden One Tonner Via Gumtree

One thought on “Morning Symphony: Supercars On Snow – Action Footage From The Inaugural I.C.E. Show In Switzerland”