Morning Symphony: The Chrysler ME Four-Twelve At Startup – It Could’ve Been Amazing 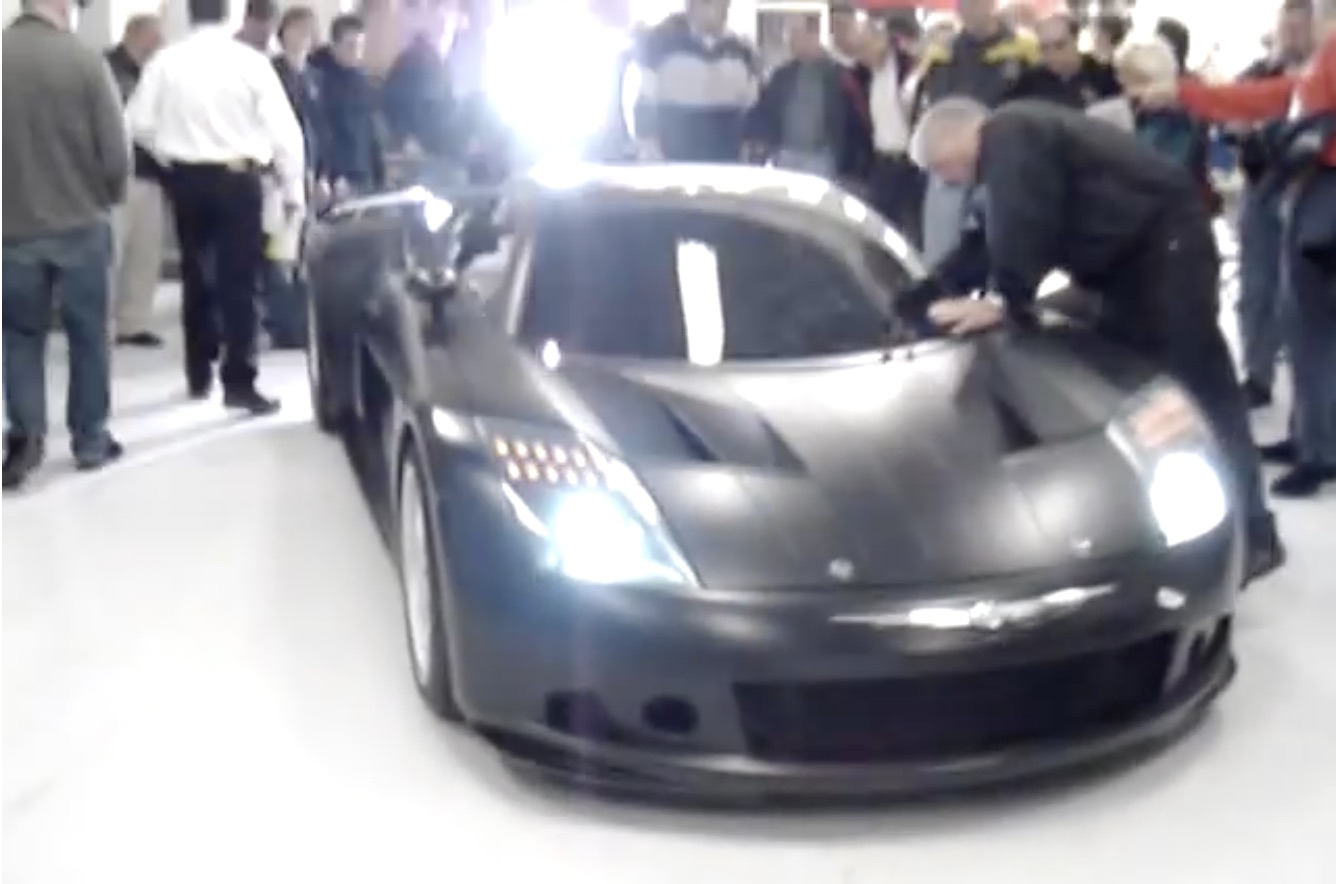 They were actually going to do it. Chrysler, the company that had been riding the emotional and financial rollercoaster since the 1970s, was going to crank out a supercar. And not just a shape of a car, oh, not even close. After the “merger of equals” had formed DaimlerChrysler in 1998, Chrysler suddenly had access to engines they didn’t have before, like the 6.0L Mercedes-Benz V-12 that the S-class cars used. They had ambition, and about this time there was still some money in the bank on the Chrysler side of the house. Why not dream big? Why not take that baseball bat and swing for the stars? In 2003, they did just that by unveiling the ME Four-Twelve at the Detroit Auto Show. Keep in mind…the LX cars were still a couple of years off. If it didn’t have “SRT” or “Ram” on it, you probably needed to walk away, and early signs of Daimler’s cost-cutting strategies were starting to appear in the interiors of the cars coming out of Auburn Hills. This was Chrysler, a company that had just killed off Plymouth. Sure, they were known for putting crazy-assed concepts into production. That was part of their charm in the 1990s…Viper, 1994 Ram, PT Cruiser, Prowler…if they made a concept car, you had to pay attention because there was a good chance it was going to hit the streets real soon.

So, the name: ME was for mid-engine, four was the amount of turbochargers, twelve the cylinder count. The bragging figures were 850 horsepower, a seven-speed dual-clutch trans from Ricardo, and a projected top speed that would’ve unnerved McLaren F1 owners. Out of a car that looked like an Audi supercar prototype with the grille badge from a Sebring on the nosecone. They were going for production. Mule cars were being tested. Deiter Zetsche and Wolfgang Bernhard kept making claims that the car was going to see the light of day. That is, until the mules actually started cracking off numbers: [email protected] quarter mile times, a top speed that could’ve been near 240 MPH, and a 0-60 MPH of 2.9 seconds. This car was going to straight up rip…and then Daimler got wind of what was going on.

Having Chrysler build a badass in short time, that was good. Chrysler with a halo car, even better. But Chrysler using a Mercedes mill and stomping the shit out of the Mercedes-McLaren SLR? That’s where things got bad. According to the legend, Dr. Z himself got straight-up torn apart in a meeting, and it’s widely believed that it was a strong reason why Bernhard was removed from the leadership head role at Mercedes. Of course the program was cancelled…there was no way Chrysler was going to beat Benz at their own game.

Westbound And Down: Here's The Story Of The Lotus That Ran In The 1979 Cannonball Run This Is One Massive Military Wrecker: This Sucker Can Haul Anything!

4 thoughts on “Morning Symphony: The Chrysler ME Four-Twelve At Startup – It Could’ve Been Amazing”