Morning Symphony: The Corvette C8.R’s Lightning-Quick Revving…What The Hell Is In That Thing? 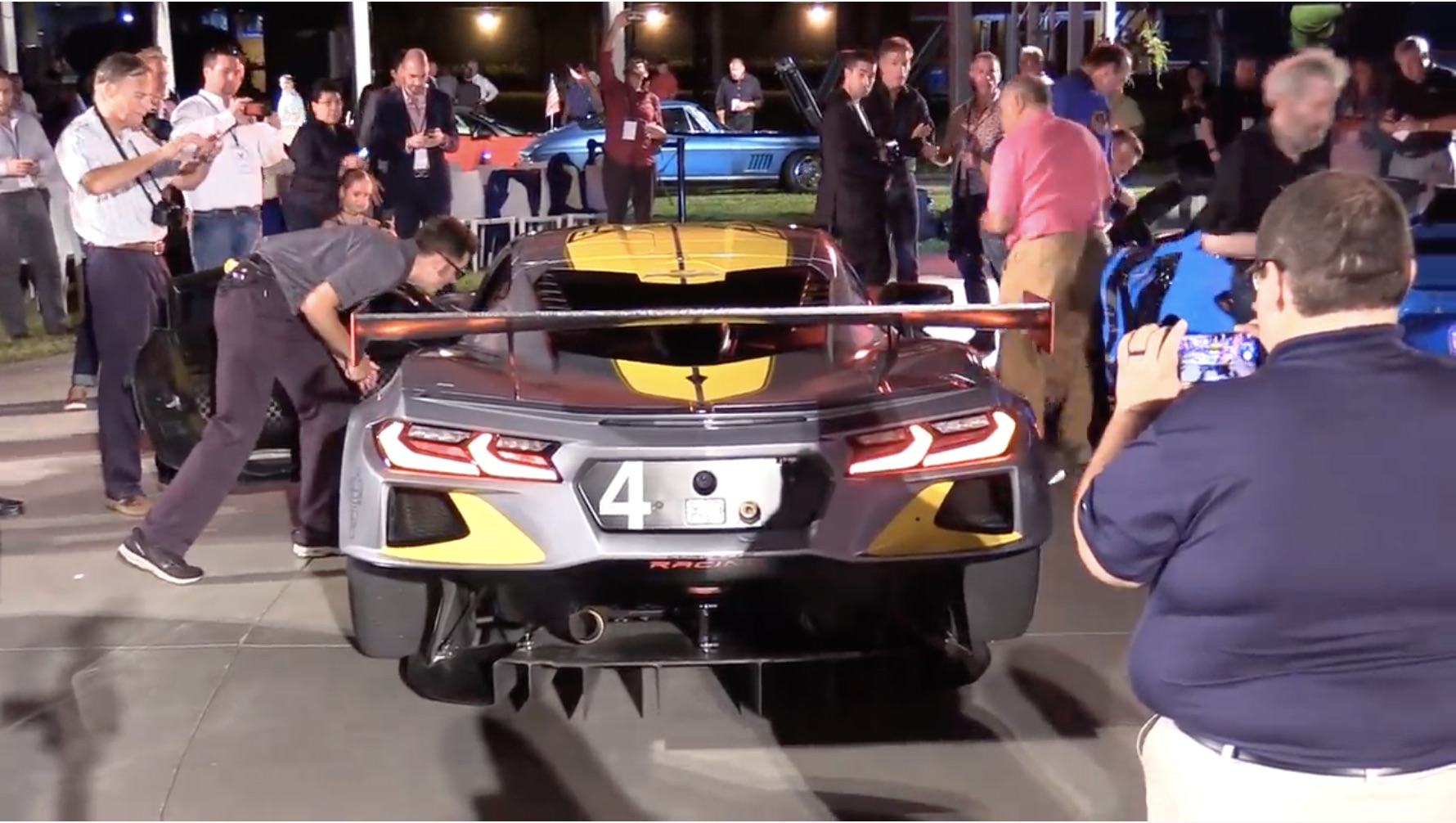 Remember back a few years ago, when the Lexus LF-A first appeared? One of the big talking points about that car was the digital tachometer…the 4.8L V-10 revved so fast (reportedly, idle to redline in 6/10ths of a second) that a mechanical tach just couldn’t keep up with the engine’s speed. For a street car, it was borderline batshit crazy…then again, hearing an LF-A snatching gears in the tunnel underneath the Las Vegas Convention Center would leave people swooning as if Scarlett Johansson had brushed their cheek, or Jason Momoa had given them a steely-eyed gaze and a small smile. (You pick accordingly.) Either way, hairs stood on your neck and your ears soaked it in.

At the recent unveiling of the C8 Corvette convertible, GM launched a sneak attack and also debuted the C8.R racing machine. We’re very pleased to see that Corvette Racing is on track to make 2020 a year to remember, and the C8 looks badass as a winged monster of a racing machine. But then, you hear it. We don’t know what’s under the cover. Far as I can find out, nobody outside of the NDA agreement circle knows. But what we all can ascertain from this clip is that it revs like none other. Does the driver’s indication of revs simply flash on and off? This thing doesn’t rev, it just barks really quick!

We might learn more details around the time of the Petit Le Mans…until then, throw your guesses into the ring here!

12 thoughts on “Morning Symphony: The Corvette C8.R’s Lightning-Quick Revving…What The Hell Is In That Thing?”