No Fear Whatsoever: The Trash Can Bronco Takes On The Cheap Truck Challenge 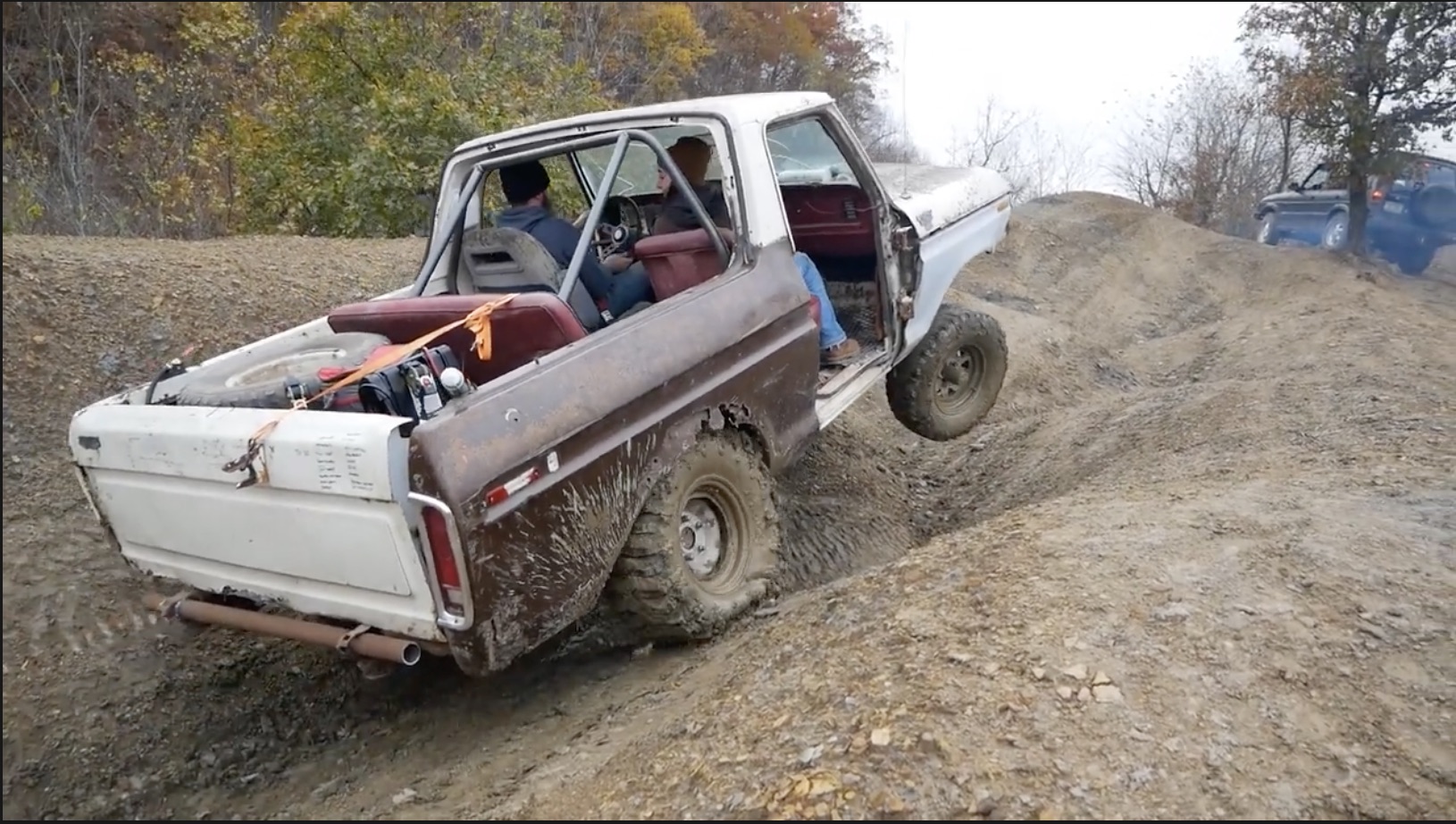 Nobody is going to confuse Kevin’s Bronco with any kind of showpiece. Not one person. It’s living one last time before the body completely and utterly bails the program, the engine gets raided for some other project and that circa 1980 Ford sport steering wheel gets put in a box and shipped to Kentucky so I can restore it and put it into the Great Pumpkin Mustang as a nice interior touch…er, I mean, as a fitting tribute to the memory of the “Shorthorn” sport-ute and what it stood for. Kevin said he would bring it to life, and he did. He said he would make it drive off-road once more, and he did. He then said that he would take it on a cheap-truck challenge…and despite our sincere concerns about health, safety, the risk of tetanus and the likelihood that Mook would slip through the floor at the first bump, seat and all, Kevin proved us wrong by actually making it out to the trail.

And frankly, looking at his competition, we’d stick with the Bronco as well. Sure, the Land Rover Discovery looks good and has that Camel Trophy heritage, but the moment it starts you’ll understand why it’s here. The Suzuki Samurai is beaten and rusty, not exactly deal-breakers but in an abandoned quarry, a tippy little toy isn’t high on our “want” level. Then we get to the S-10. This thing isn’t bad, it’s fear-inducing. There’s no differential cover…and that doesn’t mean jack. The Bronco’s body will flex like it’s suspension will, but what the S-10 endures is somewhere between overzealous abuse and genuine, fear-inducing violence.

3 thoughts on “No Fear Whatsoever: The Trash Can Bronco Takes On The Cheap Truck Challenge”