Pressure-Cooked: Here’s What Happens When A Tire Explodes Inside Of A Lada 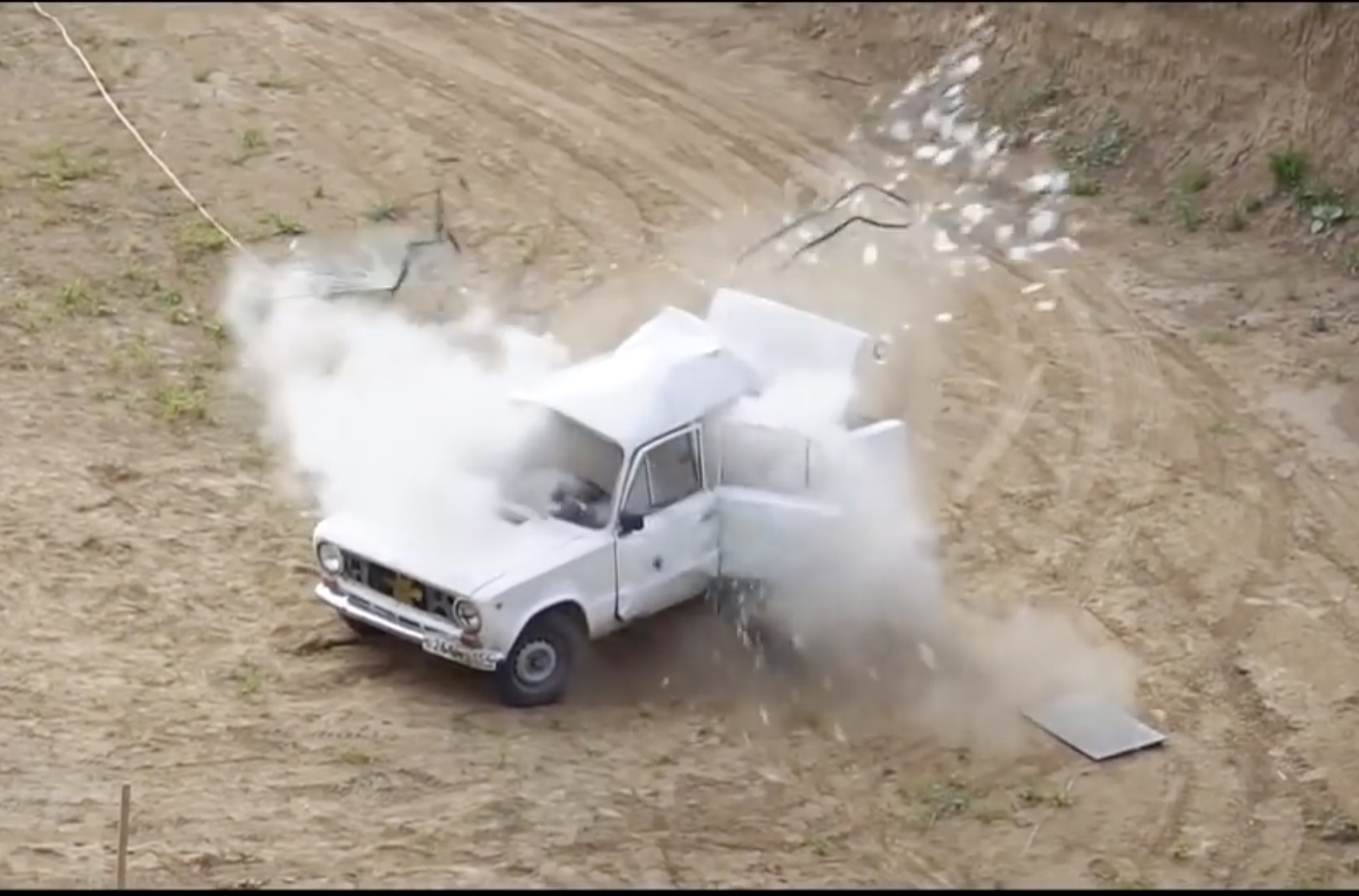 My introduction to split-rims came the first time I was in a motor pool with an older Deuce and a Half parked at the back. What I knew about truck I had: automatic transmission, closed cab. What I knew about the Deuce: American Bad-Ass. Unfortunately for myself, I showed up years late to the party…they wouldn’t so much as allow me near it, since it was destined to be sent away, never to be seen again. Yet, in the motorpool we still had tire cages for split-rim disassembly, even though we were getting rid of the last truck that had them. If you are unfamiliar with split rim design, here’s everything you need to know about them: if you don’t know what you are doing, they are dangerous as hell. We’re talking tons of pressure that at a moment’s notice, can screw someone’s day up…potentially permanently.

Welcome to Russia, if the Lada didn’t give it away. There is no split-rim wheel here…they had one, but it wouldn’t fit inside of the car. Instead, the wheel assembly from a UAZ off-roader hooked to hard pressure lines will instead do the trick. This is your typical 16-inch wheel on a light off-road tire in a Soviet-era car. How much damage will happen when it blows up?

BangShift Question Of The Day: What One-Off Engine Would You Like To See Reproduced? Woosh, Scream, Roar, Whine: This Video Shows Off A Load Of Differently Powered Pulling Tractors In Rapid Fire Action

One thought on “Pressure-Cooked: Here’s What Happens When A Tire Explodes Inside Of A Lada”