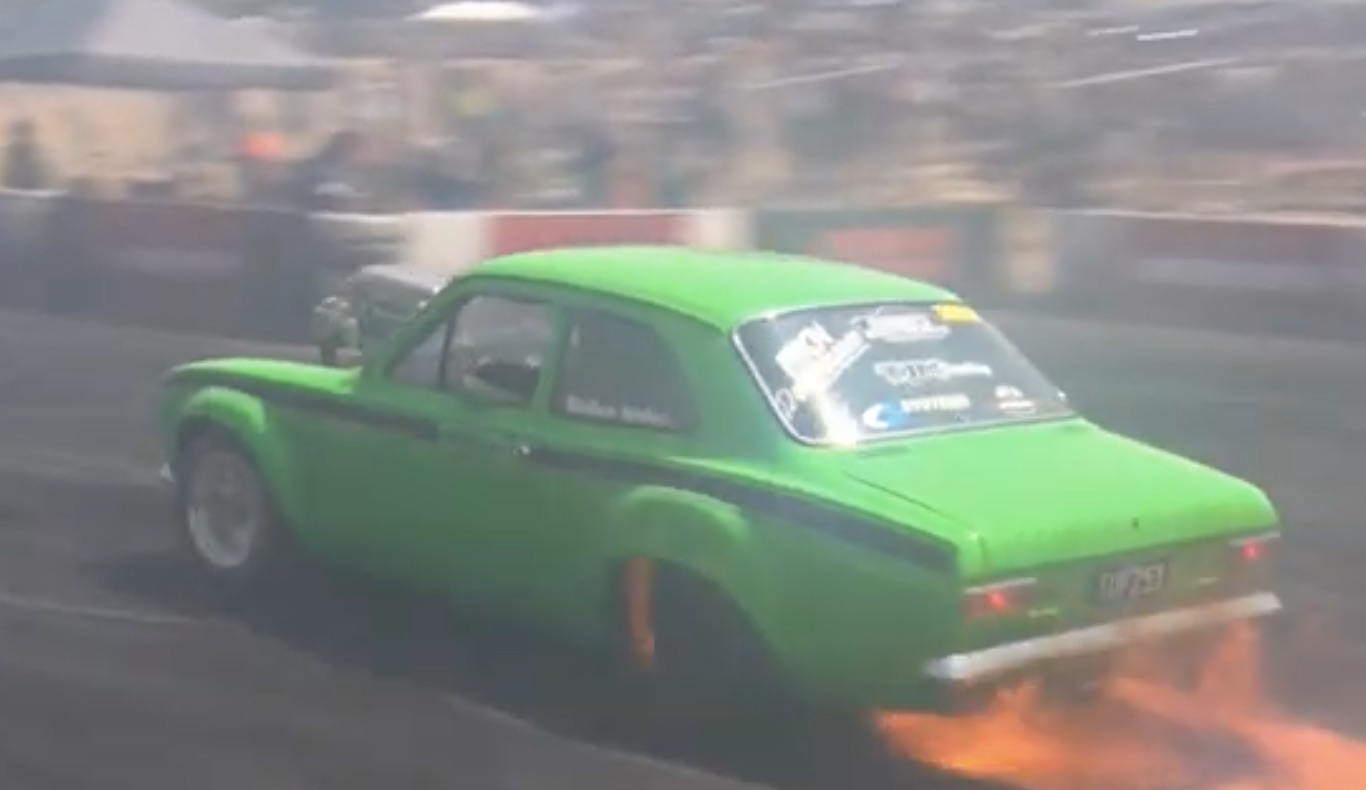 Just about anywhere else in the world, the Mk1 Ford Escort is a treasure. Or a rally car. Maybe both. Okay, probably both. Small, light, lithe, and in the right hands wickedly potent, the Escort was the car to replace the Anglia, which had run it’s course and was starting to look like a 1955 Crown Victoria that someone shrunk in the dryer. Compared, the Escort was a handsome little brute, built to be the everyman’s Ford, sized perfectly for Europe. And then Cosworth became a thing, Escorts went racing and stomped wherever they went. Name the rally stage, and you can bet that a Mk.1 Escort has gone flying through it at speeds that would impress. And we haven’t even begin to touch upon the Escort Twin Cam that Alan Mann raced in the British Saloon Car Championship with a Formula 2 Ford engine under the hood.

Road racing, rally racing, movie star…and now, Australian burnout car. This machine has been around the block for a little bit but it looks prepared to be parked with the show cars or, at least, hazing a set of tires off on Tuff Street, not setting the skidpad on fire with the rev limiter taking a beating like none other. All we can say, from our seats in the States, is the same thing we always think: Why in the hell did we not get this instead of the Pinto?!

Drag Racing Cinema: This 2019 US Nationals Video Is An Incredible And Beautiful Look Inside The Race Veteran Rehabilitation: Bringing A Sherman Tank Back To Tip-Top Shape

2 thoughts on “Rallying Cry: The TUF253 Ford Escort At Summernats 33”