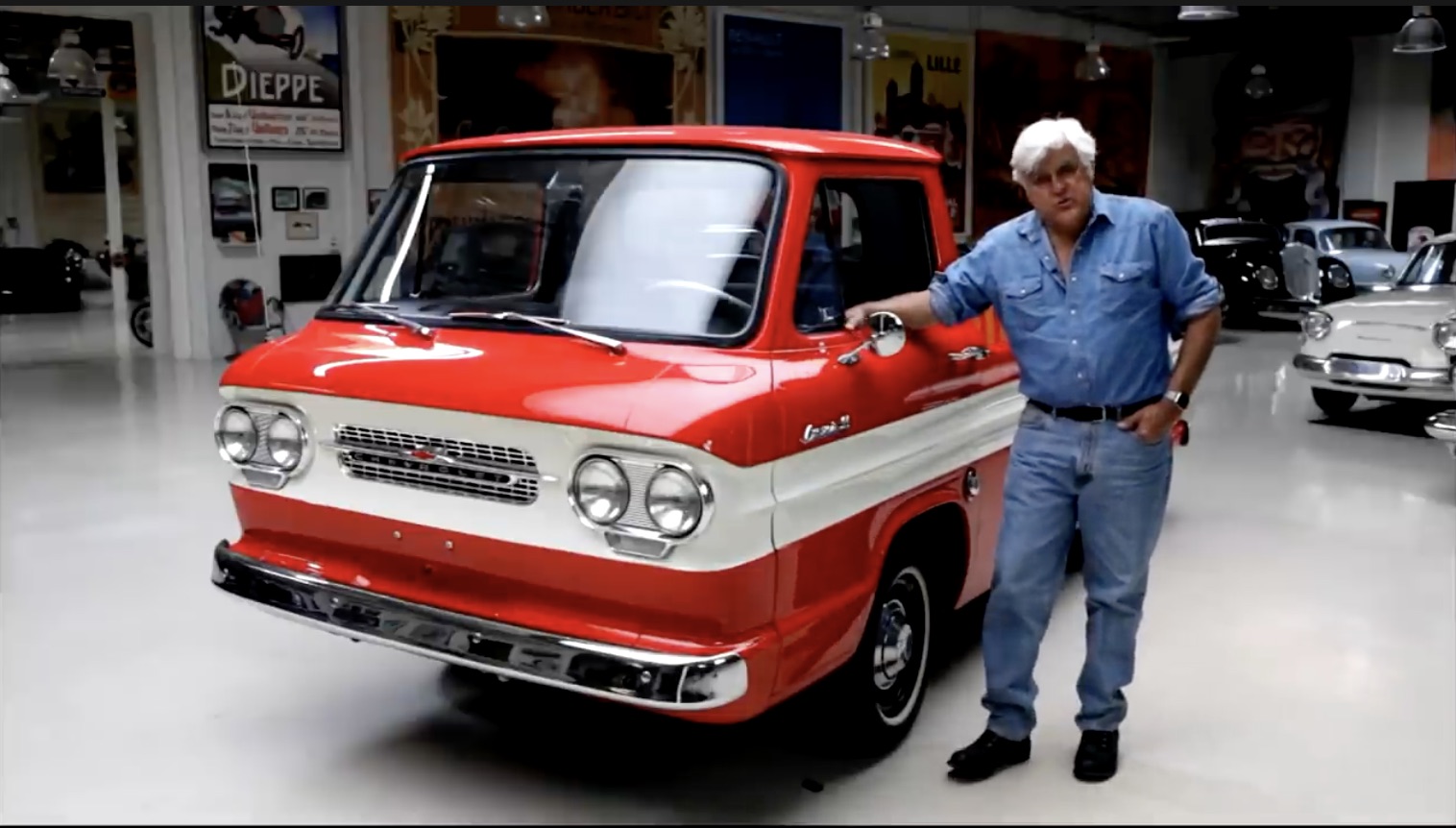 Okay, you have to admire Jay Leno for heading to the garage with a camera in hand, ready to go. One, the dude is up there in age where he should probably be a bit careful. Two, he’s in California, the land where “panic” isn’t a personal action, it’s a state motto. And three, it’s just Jay. It’s the guy who is living the gearhead dream, going over the vehicles that he has acquired over the years, the vehicles that he hasn’t showed off over the years. And this funky little truck is on the menu.

I’d known about Corvair ever since I met the first-generation sedan that my stepmother’s father had sitting in the back of his property years ago. I knew they made sedans, coupes and convertibles. All of that’s good. But I didn’t see my first “other” until I saw a Corvair Greenbriar van roaming around the small little town in Washington I grew up in during my middle-school days. I’d seen Falcon vans and Dodge A-series before, but the Corvair van was an oddity even by those standards. The engine was directly underneath the rear passengers’s backsides, how was that a better idea than having a huge doghouse and a six cylinder up front? Then I saw my first Rampside when I was about…oh, it had to be 1996 or 1997. And unlike the van, seeing a pickup truck bed with a huge fold-down ramp on the side made perfect sense. I still didn’t understand engine location except “it’s a Corvair thing” but the utility aspect of the Rampside couldn’t be ignored. What better way to load up a dirt bike?

Acura Is Back: The Upcoming 2021 Acura TLX Looks Ready To Take On It's American and German Competition! How Sketchy Can A Cadillac Trar From Florida Be? Diving Into The Best Worst Decision Ever!