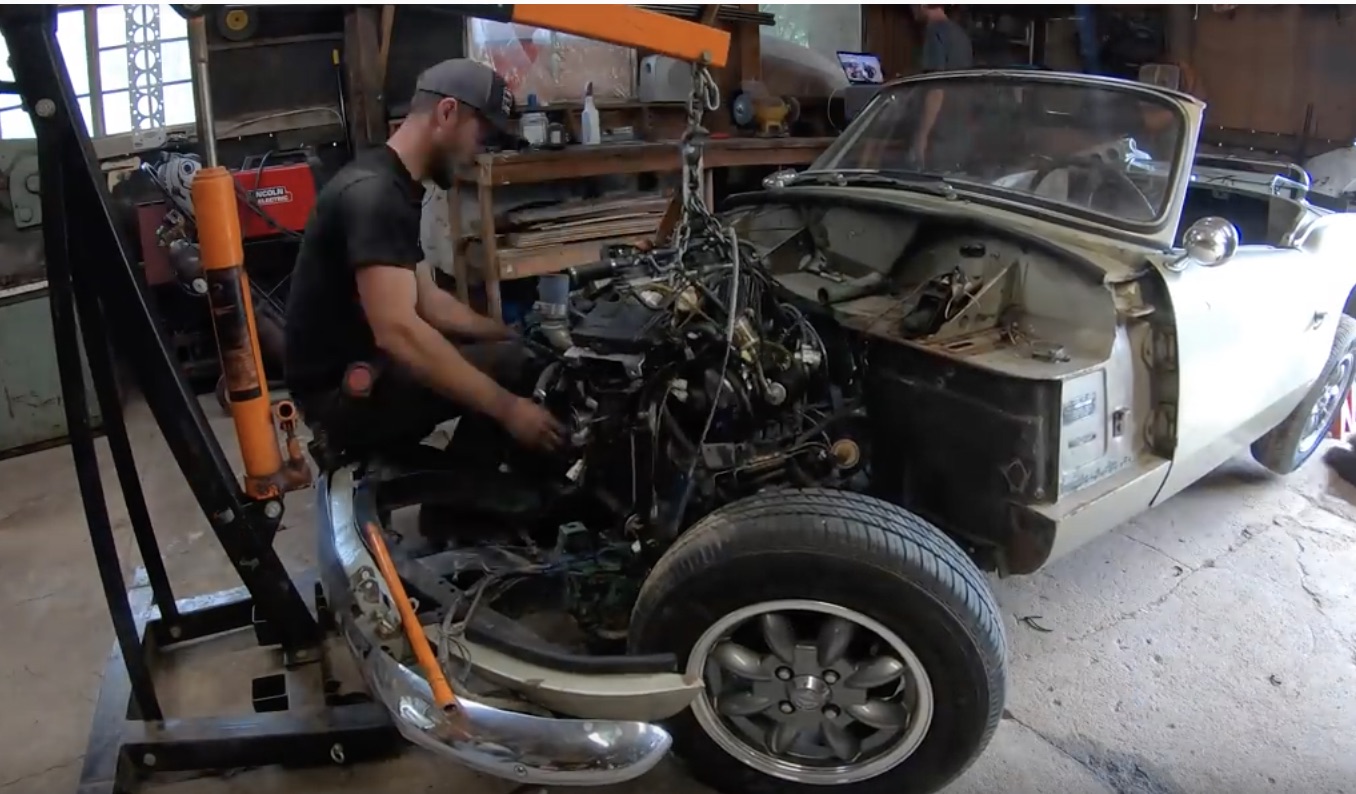 During the height of the small British roadster era, the plan of attack wasn’t a full-on assault of horsepower. Instead, it was about balance: a small and light chassis, the barest of needs and luxuries to keep weight down, and an engine that had adequate horsepower…for English roads. If you’ve never been abroad, most English roads are barely the equivalent of your typical country lane in width. You want small cars, because that way you don’t have the problem of occupying three-quarters of the available roadway. It’s also especially handy in towns that were built centuries before the automobile was even thought of.

One of the better-known models of the time is the Triumph Spitfire. A small four-cylinder two-seater, the Mark I overall was a pleasant thing, with one major fault…and here’s a hint, having only 92 horsepower out of a 1.1L engine wasn’t it. The Mark I Spitfire used a swing-axle rear suspension setup, much like a first-generation Corvair, and as a result, has the same interesting handling characteristics that set Ralph Nader’s nerves on fire. But still, for fans of small sporty little roadsters, that’s not a problem.

The duo that run Grind Hard Plumbing Co. located a decent driver-quality Spitfire and dragged it home. After realizing that the OEM fuel tank was filled to the brim with all sorts of nasty crap, they hooked up a new fuel tank and got the car running and driving. They then dragged home a Yamaha RX1 snowmobile that had been fitted with an MPI Stage 1 supercharger. That’s an easy 200 horsepower out of a snow sled.

You can see where this is going, right?

Bonneville Speed Week 2019: Alphabet Soup - What Do All Those Class Designation Letters Mean, Anyway?! The Salt Beds Of Salduro: Chapter Six - One Run by the Blitzen Benz Changes the Course of History for the Salt Beds of Salduro

4 thoughts on “Spitting Fire: Mating A Supercharged Snowmobile Engine Into A Tiny Triumph”