STROKER: This Amazing Documentary looks at the life and times of Tom Medley, one of Hot Roddings Great Story Tellers 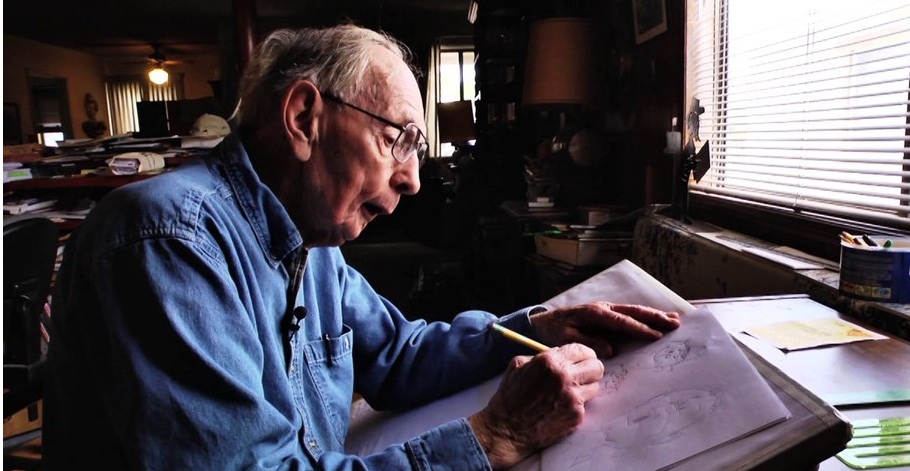 This is definitely the coolest thing you will see today, bar none. The 18-minute film below called, “STROKER” is a short documentary on the life of Tom Medley and his alter ego Stroker McGurk. Medley passed away not too long ago and his legacy still looms large over the hot rodding scene. He was on staff at Hot Rod Magazine from the second issue on and he had a hand in creating events and other stuff that will outlast everyone reading this today. More importantly, he was a soldier who fought on the front lines with George Patton. The video highlights many elements of his life from his wonderful relationship with his wife (who had passed before this was made) and to his military history and how he came to be involved at the ground floor of Hot Rod Magazine.

In a candid moment that you’ll really love, the filmmaker asks Medley what keeps him going for the of day and then says, “Why do you get up?” His response? “I usually have to take a piss.” How genius level is that?! The film recounts everything from his horrible garage fire to the fact that I would like for him to live he ere again. Medley was with the magazine as a photographer and cartooni of several note!

STROKER from Manny Marquez on Vimeo.

Audi Makes Changes To Performance Lineup - Goodbye R8 and TT, Hello RS6 Avant! BangShift Question Of The Day: What Was The First Job You Helped Out On?

6 thoughts on “STROKER: This Amazing Documentary looks at the life and times of Tom Medley, one of Hot Roddings Great Story Tellers”