Surprise, MF! Rear-Engined Integra With A Turbocharged V6 In Texas!

May 28, 2020Bryan McTaggartRACING & ACTION, VideosComments Off on Surprise, MF! Rear-Engined Integra With A Turbocharged V6 In Texas! 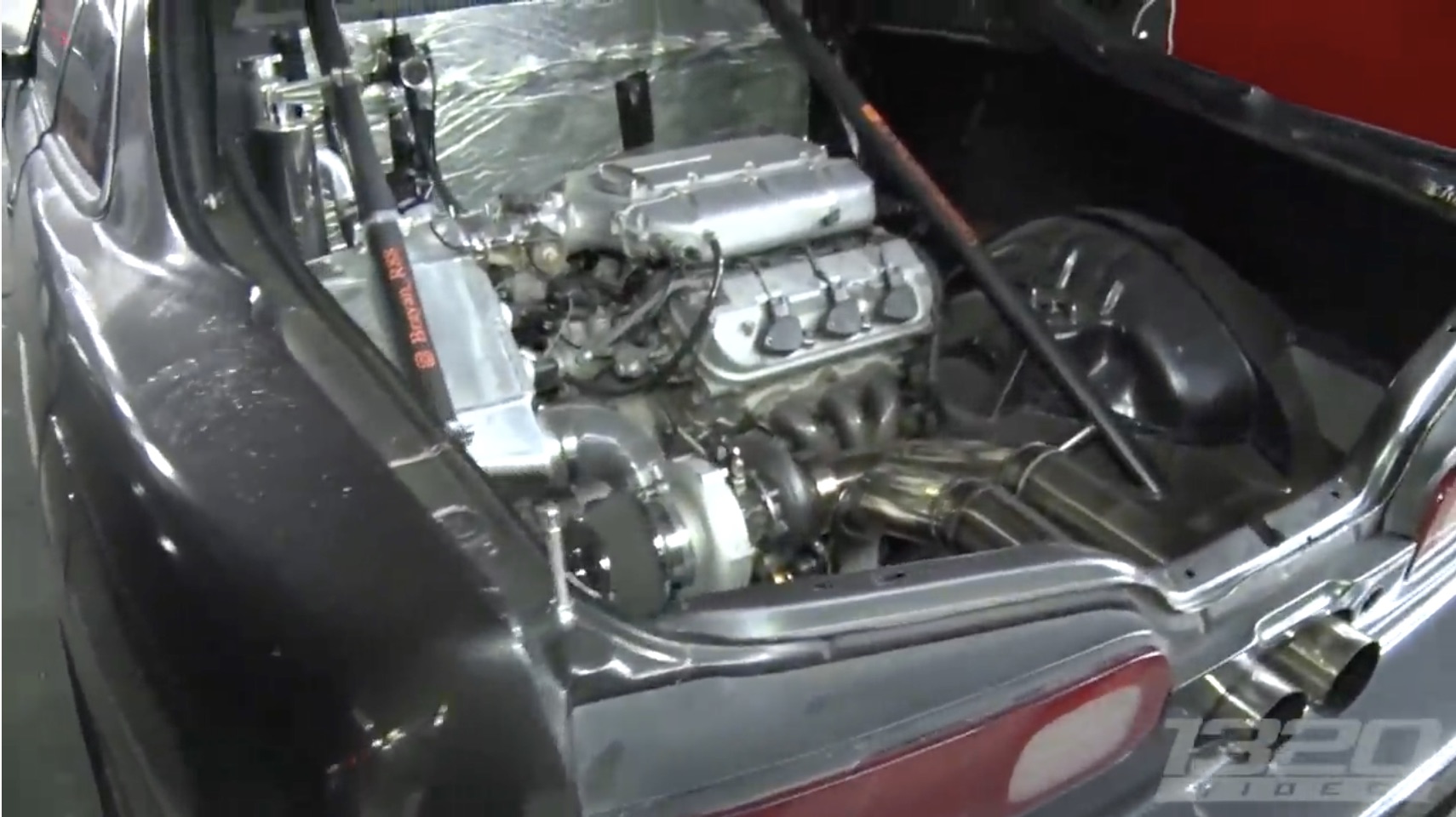 Okay, let’s think about something for a moment: If you’re playing the game out in the wild, “going for broke” usually means you’re boosting an engine to the moon, or you’re spraying it like your mom sprayed her hair with Aqua Net before school back in the 1980s, or you’re carving shit out of it left, right and center to maximize that whole Colin Chapman lesson of adding lightness. Fiberglass panels, gutting the heavy wiring for just the basics, stiffening up the chassis. That’s usually about the extent of re-engineering most go to. And that’s what makes this Acura Integra worth checking out, because this bad little bastard has something for you. Go ahead, crack that VTEC joke. This is a real bit of engineering going on here. There’s no four-banger under the hood. I’m not sure what the hell is under the hood, actually, because the party piece is in the back. A turbocharged V6 resting over the rear axle, driving the rear tires, putting all of the weight over all of the rubber when you absolutely need it. That’s a lot of engineering for a sketchy program system, but damn, it’s cool when someone will go this far!

This Day In History: The Isle Of Man TT Race Is First Run In 1907 Watch The Massive Case 150 Steam Tractor Make 170hp and Over 5,000 lb-ft Of Torque On A Prony Brake Dyno