Take A Look At A Burnout Contest From The UAE – Hey, Australians: We Found Hoons Crazier Than You! 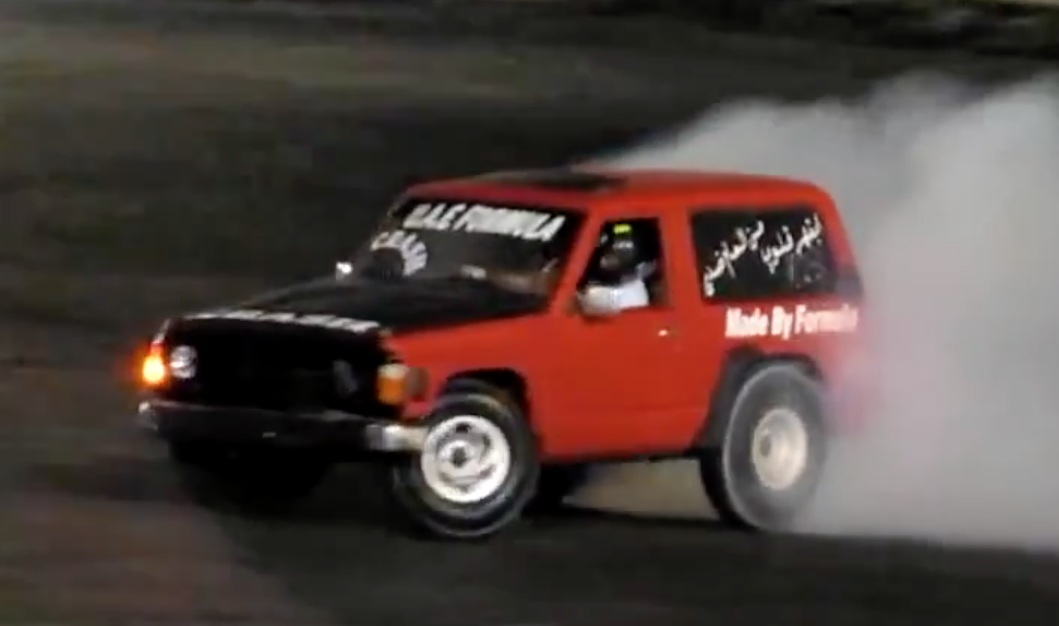 The Middle East has a vibrant car culture, especially around the United Arab Emirates. They are horsepower junkies, no different than what you would find anywhere else in the world. They know what an LS with a turbocharger can do. They have all the room in the world to go racing in, and their dune-climbing off-roading rigs are some of the wildest we’ve ever seen. But besides the dune trucks and the super cars that Dubai is known for, what do they do for fun? We know they drag race, but it took a minute of digging before we found this footage of a burnout contest in Umm al-Quwain, the least populous of the seven emirates that make up the UAE. The vehicle choice is pretty typical for the region: large SUVs like Toyota Land Cruisers and Nissan Patrols with seriously turbocharged inline-sixes are pretty par for the course. The layout seems to mimic Australian burnout contests, except that the skidpad is huge, allowing the drivers to make long passes back and forth…or to spin the trucks like a ballerina across the pavement while the engine beats the rev limiter into submission. It’s difficult to tell whether or not these trucks are running an anti-lag system but we wouldn’t be too surprised if they did. What we are surprised at is that there isn’t a rollover or an engine barfing anywhere in this video! These guys have no mercy on their rides – check it out!

Watch This Australian Mom Buggy Run Nearly Into The 10s - Sleeper Central, Baby! Where Are The Blown Late-Model Cars? Check Out This Supercharged Mustang!

3 thoughts on “Take A Look At A Burnout Contest From The UAE – Hey, Australians: We Found Hoons Crazier Than You!”