The Little Red Death Wagon: Just In Case You Wanted A Project Idea For The Winter! 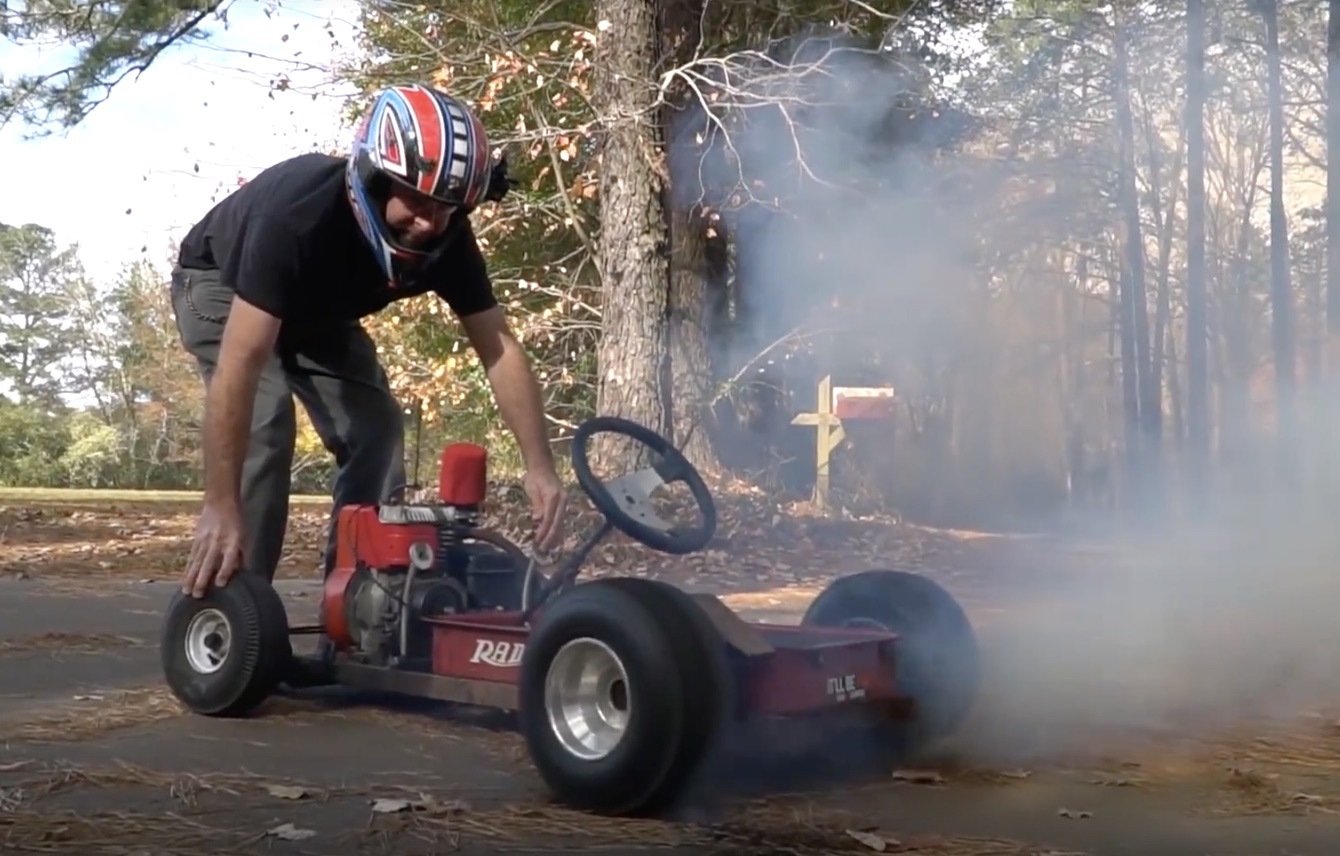 Not counting the one time I tried to steal my aunt’s Mustang II when I was in kindergarten, I feel confident in saying that most of us got at least one of, if not our first driving lesson, at the wheel of a go-kart. A repurposed lawnmower engine, the most basic chassis layout possible and all the controls you needed…you know, gas, brake, and that round thing that you used to steer towards your brother with…became your first track weapon. Don’t lie to yourself: once you got over being scared of driving something with power, you proceeded to turn into Mario Andretti and went after the other kids with a vengeance. No kid goes to a go-kart track and enjoys a Sunday drive!

What about the home-built kart, though? That’s becoming rarer and rarer in the modern age of the bubble child and twenty tons of safety gear before a kid is allowed to ride a bicycle in a closed course environment, but it isn’t completely dead yet. And we hope that some kid, somewhere, sees what the guys from Cars and Cameras have done and starts getting ideas. This is their “Rat Rod Wagon” kart build: an old Radio Flyer wagon, a basic square-tube chassis, and an engine. Specifically, note the engine: it’s an old-school Briggs and Stratton that someone actually built up at some point before these guys got their mitts on it. The cylinder walls are so shot that even a hone isn’t going to stop the mosquito-killing levels of oil smoke from pouring out of the pipe, but check out the kind of speed these guys are getting out of it after a once-over! If a grown adult male can rip around in a contraption like this, imagine the fun a kid would have before some nosy neighbor tells the police about how you’re endangering little Timmy with too much fun!

2018 Houston Autorama Photos: Some Of The Baddest Cars In The Lonestar State Right Here! History In Motion: This 1922 Video Shows The Paris Fire Brigade In Action - Gutsy Frenchmen!

3 thoughts on “The Little Red Death Wagon: Just In Case You Wanted A Project Idea For The Winter!”