The Unassuming: The Vauxhall Four-Door That Stomped The World In 1990 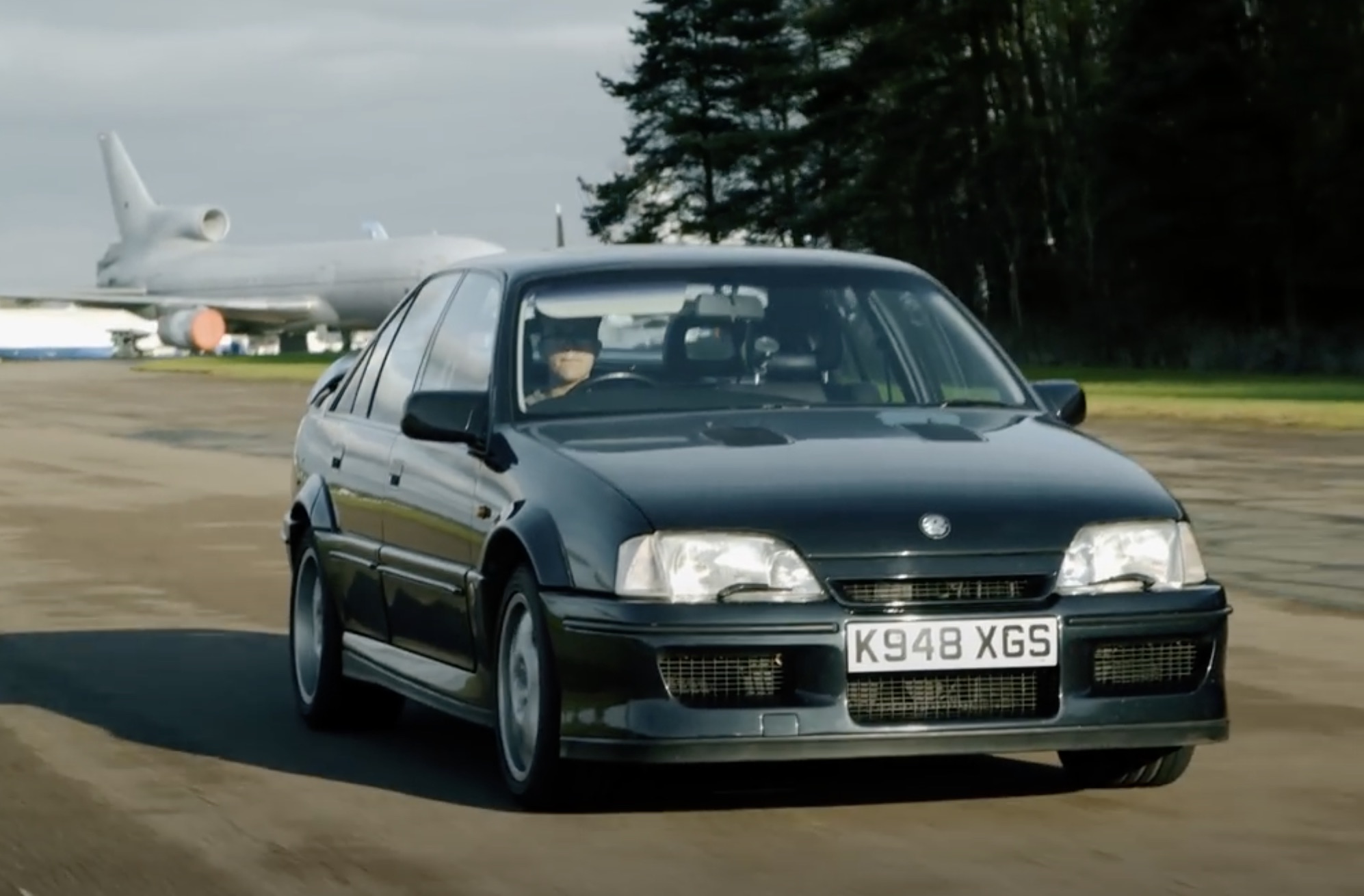 Until recently, the best assumption that I had about Vauxhall was that it was a combination of Opel and Holden models and that the level of desirability I would have for anything with the griffin on the hood would be associated with where the model was sourced from. Opel models? Meh…not really. Holden Commodores and Monaros wearing different badging? I can get down with that. It’s no secret that I’ve got a taste for Australian-sourced muscle. But there was a moment where Vauxhall made their own bit of kit, one that didn’t have to take a boat ride to the isles, one that had enough fire in it’s heart that it wound up on the radar of government officials, wound up as the focal point of a movement to ban the sale of the car, and one that gave cops and insurance agents headaches for weeks on end.

The Lotus Carlton is, quickly put, the most violent form of the Opel Omega/Vauxhall Carlton model line. Lotus punched the straight six out from 3.0L to 3.6L, added two Garrett turbochargers, a water-to-air intercooler that was driven off of the distributor gear (the ignition was converted to a wasted spark system) and wicked the car up from 201 horsepower and 199 ft/lbs of torque to 377 horsepower and 419 ft/lbs of torque. In 1990, that wasn’t just stout, that was world-class. Running the same ZF six-speed that the ZR1 Corvette was using at the time, the little green four-door would rip to 55 mph in first gear, to sixty in 5.2 seconds, and wound run out to somewhere in the mid-170 MPH range. It would also handle as well, with modifications made to the steering system and the suspension. AP brakes at all four ends stopped the 17″ Ronal wheels that were wearing the same tires that came on the Lotus Esprit Turbo SE. Top off the build with a bodykit and a layer of Imperial Green paint, and you had a winner.

You also had one of the most controversial cars in Europe. Members of the press actually called Vauxhall out, with Bob Murray, then editor of Autocar Magazine, writing: “”Nobody buying this car could possibly argue he either needs or will be able to use a top whack which is claimed to be around 180 mph.” Vauxhall didn’t bother to even address that issue. Cars were stolen, including an infamous case of one wearing the UK registration plate 40RA, which managed to perform ram raid burglaries on stores and shops, with the thieves making off with tens of thousands of pounds’ worth of goods. The cops couldn’t keep up, and there’s been a long-standing claim (unsubstantiated) that a Carlton walked the police helicopter as well. Naturally, this got the government involved, with efforts made to actually ban the car since it was “unsafe” and “unreasonable”.

Never thought an Opel Omega would look interesting, but now that I think about it…

Wood-Fired Lawn Mower: Colin Furze Is At It Again! LIVE Big Money Bracket Racing For Juniors! The Summer Blast Race Is A Junior Dragsters Only Event With Big Money On The Line.