Wood-Fired Lawn Mower: Colin Furze Is At It Again! 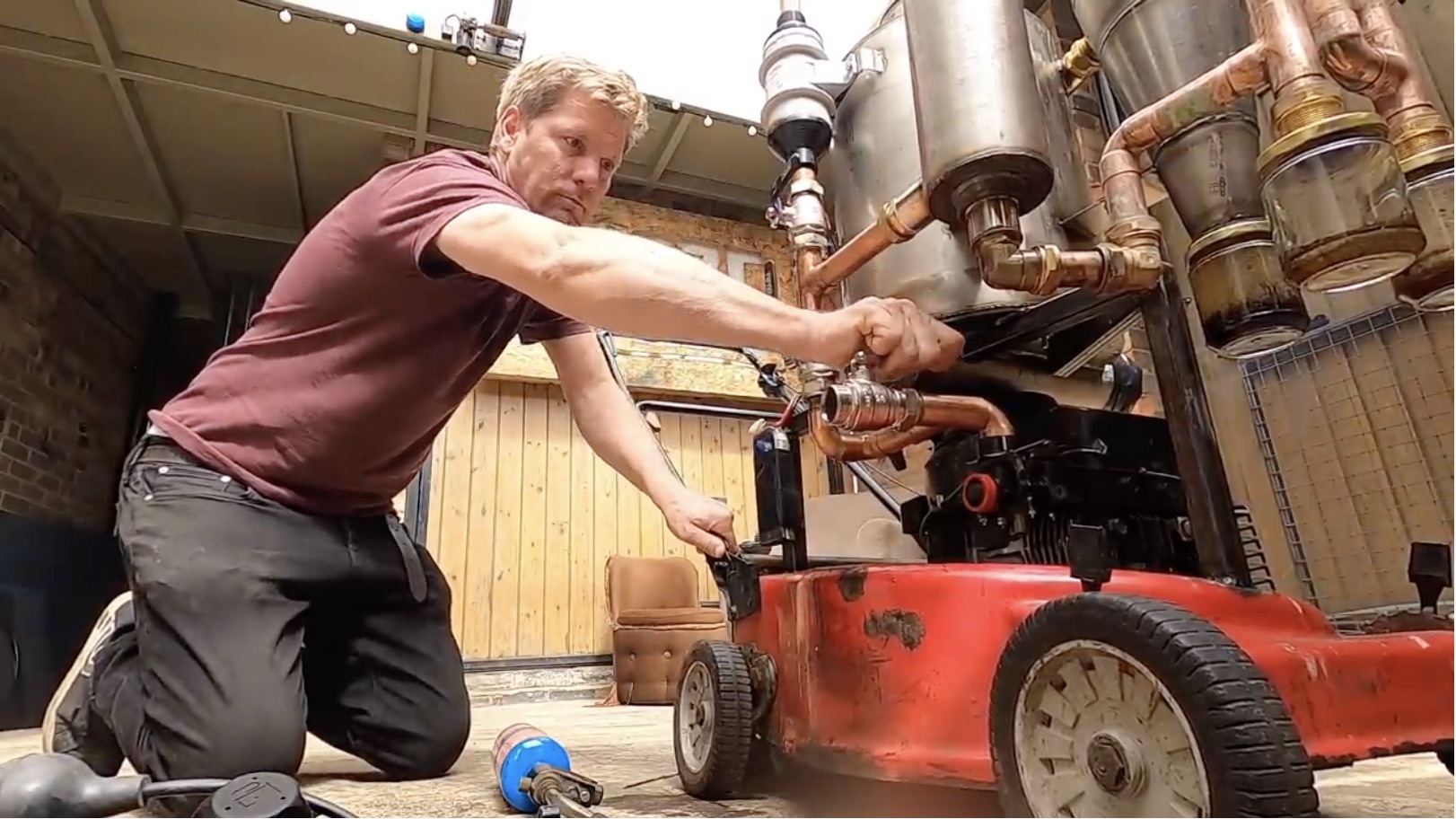 Full confession: It’s just after midnight and I’m craving pizza. Like Dennis in Stephen King’s Christine, stoned out of his head, dreaming of just sitting down and mowing through slice after slice, the smell of a wood-fired pizza is filling not my nose, but my dreams. And yes, wood-fired…craving or not, I do have my preferences. But you aren’t here to care about my food choices, you’re here because it looks like Colin Furze managed to strap a backyard moonshine distillery device onto an old push mower and you are, much like I was, wondering what the hell Britain’s most creative madman was up to this time.

The reason is to demonstrate the usefulness of wood gas. He will do a better job of explaining the details than I ever will, but the compressed form of the plan is that you burn wood in an oxygen-limited environment until hydrogen and carbon monoxide form. You can use those gases as a fuel to power an engine, though you do have to deal with the excesses of the process, which namely is tar. The benefits to a working wood-fired system? It is an efficient fuel source, it burns clean, and the ash can be used as a fertilizer, so there isn’t much waste. Not a bad deal if it works, then.

So the device you see that looks ready to serve up a Mason jar of the good clear stuff is actually a gasifier, with a tube going straight into the intake. Does it work? Hit play and find out. I’m gonna go get a snack.

The Challenger Revival, Part 21: Finishing Off The 5.7L Hemi Rebuild For The E-Body! The Unassuming: The Vauxhall Four-Door That Stomped The World In 1990